In a new article published in Psychosis, author and service user Tom Todd of the CAPS Independent Advocacy Group describes his experience of epistemic injustice in Scotland’s mental health system. Todd shows how epistemic injustice occurred during his experience with the Mental Health Tribunals of Scotland, often rendering him powerless and undercutting his expertise as a knower.

Epistemic injustice is when a hearer, often due to an imbalance in power, can disregard a speaker’s experience. This practice is common in mental health settings where the patient’s voice regarding their own condition is often ignored. This constitutes an injustice as the knowledge of the patient, who knows what helps and harms them, is outrightly dismissed. 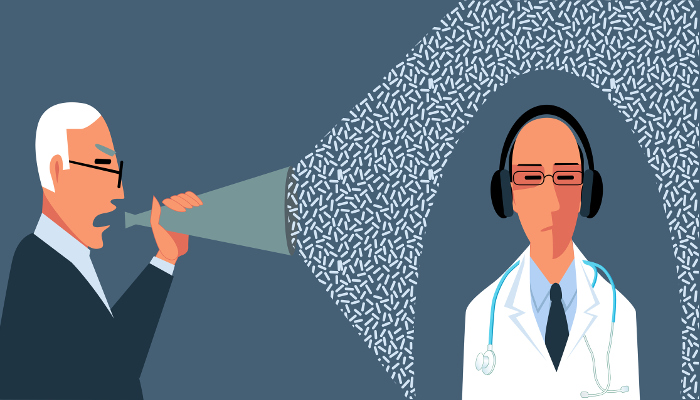 In healthcare, shared decision-making between the provider and the patient has been shown to reduce epistemic injustice. In recent years, the service user movement has made great strides in getting their voices heard. As a result, they have brought about policy changes and even helped create alternatives to diagnosis, such as the Power Threat Meaning Framework. Epistemic injustice in psychiatry exists not only at an individual level but can also be perpetrated by global forces as they eradicate indigenous knowledge systems.

Testimonial injustice happens when the hearer, consciously or unconsciously, doubts the speaker’s credibility, often due to a preconceived bias. For example, in mental health systems, input by service users is often relegated to the margins as their credibility is questioned due to their assigned psychiatric diagnosis.

Todd shows how, in his case, such prejudice on behalf of the hearers often led to various forms of epistemic injustice. He does this via his five different experiences with the Scottish Mental Health Tribunals. At these tribunals, he was asked whether the different “criteria to be met” for involuntary treatment fitted him. The panel members of the Tribunal eventually got to decide whether he received compulsory treatment or not.

These tribunals are a part of Scotland’s Mental Health Act, where a recent scandal erupted, as this act was used by a fake psychiatrist to defraud patients and even administer electro-convulsive therapy to them.

The first criteria refer to whether one does or does not have a mental disorder. The author critiques this binary and notes that it is an unwinnable situation. If he did not agree to accept his psychotic experience, then his credibility as a knower is ruined. On the other hand, he regularly experiences long periods of wellness.

Taking up the identity of a person with a mental disorder disregards those periods. He likens it to someone who has broken their leg a few times, but they do not forever fit into the permanent category of a broken-legged person. Thus, the binary of having a mental disorder or not is unhelpful, and he was forced to identify with the former. This raises all the prejudice and biases that accompany the stigma of psychiatric diagnosis.

The second criterion for forced treatment is whether an available treatment exists for the disorder. The author notes that there are several problems with this. First, the Mental Health Act does not require panelists to pay heed to the numerous adverse effects of the treatment.

His words describing the treatment effects as “horrendous” were changed to “debilitating” in the Tribunal report. As a result of these biases, Todd insists that there is no meaningful way ever to challenge the psychiatrist’s authority.

Another example of testimonial injustice occurred in the assessment of risk, which was the third criteria. The author has developed risk management models in the medical device manufacturing field. However, when he tried to use his expertise at the Tribunal, it was dismissed as “too academic.” Additionally, his advanced written statements about the terms of his medication, which had been prepared when he was doing well, were also disregarded by the panel members and psychiatrists. Todd writes:

“I had indicated, both prior to, and during, the Tribunal, the devastating effects of medication on my life. But the report goes on to accept a psychiatrist’s opinion about my quality of life over my own opinion. The psychiatrist’s stated reasons were accepted, and there was inadequate interest in what was important to me.”

Todd notes that both agential power (power of individual/group/institution to influence another) and identity power (a shared idea of one’s social identity) were operational in the kind of injustices he experienced. To his detriment, inaccurate information about his outpatient attendance recorded was accepted and recorded. He writes:

“Hearer (panel member) identity prejudice has worked in advance of the Tribunal to adversely impact any hope of a fair testimonial exchange by undermining my credibility to the extent that even my views on what is important to my own quality of life were effectively not considered. Panel members have made unduly deflated judgments of my credibility, thus missing out on knowledge, and I have been wrongfully and unethically undermined in my capacity as a knower.”

Despite these horrific experiences, the author ends with a positive example of epistemic justice he recently encountered. Post Tribunal decision, he had been forced to take monthly depot injections. He was then assessed by a psychiatrist who noted that he had the capacity to make his own decisions given that his views were clearly in accordance with his advanced written statements. The psychiatrist wrote:

“Therefore, I have not authorized any treatment to be administered without your consent. You are no longer required to accept the depot medication.”

Todd notes that while examples such as this are rare, this experience had a massively positive impact on his life and well-being.