Researchers interested in understanding varying experiences between people who hear voices recently published their findings in the Schizophrenia Bulletin. The research team, led by Peter Moseley from Northumbria University in the UK, identified significant differences in the experiences of spiritual voice hearers and people who attribute their voices to psychosis. The authors write:

“As well as supporting previous findings regarding low levels of distress and increased control and multimodality in non-clinical groups, we also provided novel evidence of other more subtle differences, including a lower likelihood of  experiencing voices coming from perceptual boundaries and increased integration of modalities into one entity.” 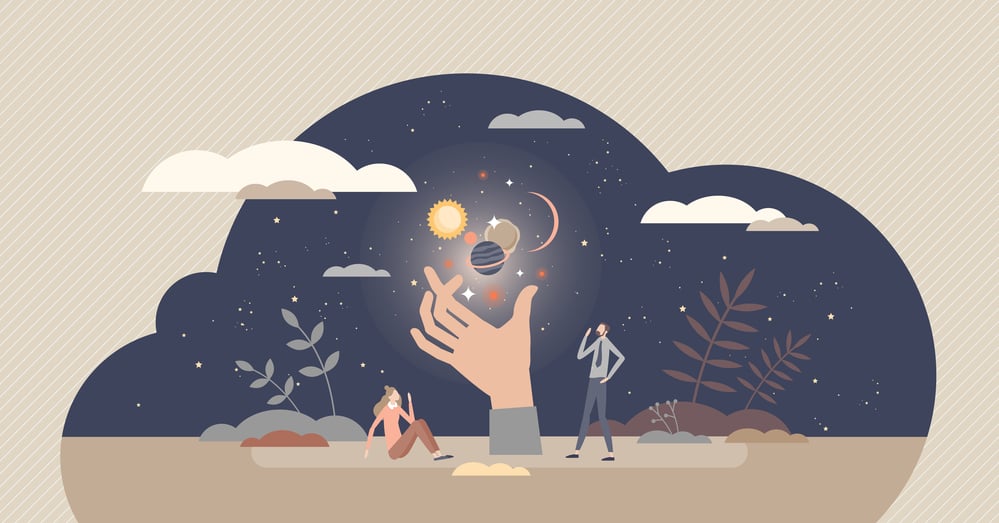 Research has also found that a person’s context, language, oppression, social stigma, and how people make sense of voice-hearing influence their experiences of voices. These factors, among others, can alter whether voices are experienced as hostile or supportive or whether the experience brings about distress or well-being.

Voice hearers and people who experience psychosis who have questioned psychiatry’s biomedical theories have developed peer-led resources. For example, Hearing Voices Groups operate internationally to support others with these experiences. Research has found that these peer support groups improve their member’s well-being and promote positive changes. The efficacy of these groups is connected to their values: self-determination, a reluctance to challenge people’s explanations for their voice-hearing, respect for multiple ways of understanding, the fostering of non-judgmental curiosity, an egalitarian form of collaboration, and nurturing authentic relationships within and outside of the group.

To explore the differences between people who experience distress when voice-hearing and those who do not, the researchers interviewed 26 spiritual non-clinical voice hearers (NCVH) and 40 psychosis patients. Participants were asked eight broad, open-ended questions developed by a multidisciplinary team who consulted with experts by experience.

The interviews were initiated by two researchers trained in clinical and phenomenological interviewing. They also administered a standardized assessment to identify the frequency, duration, location, loudness, and other characteristics of the voices heard by the participants. The researchers analyzed the interview by coding or identifying its contents and emerging themes.

The following themes were identified:

Control and Change Over Time

The spiritual NCVHs were more likely than those who experience psychosis to report volitional experiences and the ability to influence their voices. The influence over voices reported by spiritual NCVHs was described as changing over time and was experienced as increased control of the voices and other sensorial experiences. Few participants in both groups reported changes in the characteristics of the voices, and the spiritual group was less likely to report changes in the number of voices they experienced, while it was more common in people who experience psychosis.

Spiritual NCVHs were likelier to hear voices who provided positive messages or evoked positive emotions, provided the hearer with knowledge and wisdom, had simpler speech, and were often the voices “of persons from the voice-hearer’s real life.” On the other hand, people who experience psychosis were more like to experience voices that were abusive, violent, commanding, or commenting that evoked negative emotions. Both groups reported personified voices or voices that had their own unique characteristics.

People who experience psychosis often explained their symptoms as being due to stress, while spiritual NCVHs were more likely to make sense of their voices as supernatural. Both groups often described their experiences as running in the family. People who experienced psychosis were more likely to report that voice-hearing negatively impacted their interpersonal relationships, sleep, and suicidal ideation. These experiences were less often reported by the spiritual NCVHs, who mentioned that their voices were a part of their identity and cultural life. The authors were conscious of the social influences that might explain these group differences. Clinicians might influence how psychosis patients understand their voices as the result of stress, while spiritual NCVHs’ understandings are shaped by their sociocultural groups.

This article identified similar findings to previous studies and added new insights into the differences in voice-hearing experience. For example, they identified key differences between psychosis and NCVH, such as boundary voices, visual imagery, and hallucinations. These findings serve as additional supporting evidence for these similarities and differences between types of voice-hearers. Learning about the development of control over voices might help develop strategies to decrease some of the distress experienced by some types of voice-hearers.