In a new article published in Schizophrenia Research Wai Tong Chien and colleagues find that peer-facilitated interventions—where people with lived experience of psychosis lead recovery groups, for example—improve outcomes for people with a recent psychotic experience.

The study investigated peer-facilitated self-management interventions (PFSMI) for recent-onset psychosis in Hong Kong. The researchers recruited 180 participants that had recently had their first experience of psychosis and randomly assigned them one of three interventions: a PFSMI group, a psychoeducation group (PEG), or a treatment as usual (TAU) group. They then measured outcomes one week and six months after the intervention was complete.

The PFSMI group reported greater improvement in recovery, functioning, and insight into their illness, as well as reductions in psychotic symptoms and duration of hospital stays compared to the PEG and TAU groups. The peer-facilitated group also enjoyed fewer hospital stays compared to the other groups. The authors conclude that peer-facilitated groups can improve outcomes for people with recent-onset psychosis.

“The PFSMI participants reported significantly greater improvements in recovery levels at both 1-week and 6-month follow-ups than the TAU and the PEG. This finding supported the primary study hypothesis regarding the effect of the PFSMI on promoting recovery from ROP. The finding makes an important contribution to understanding given that the current evidence regarding such an intervention approach is inconclusive/inconsistent.” 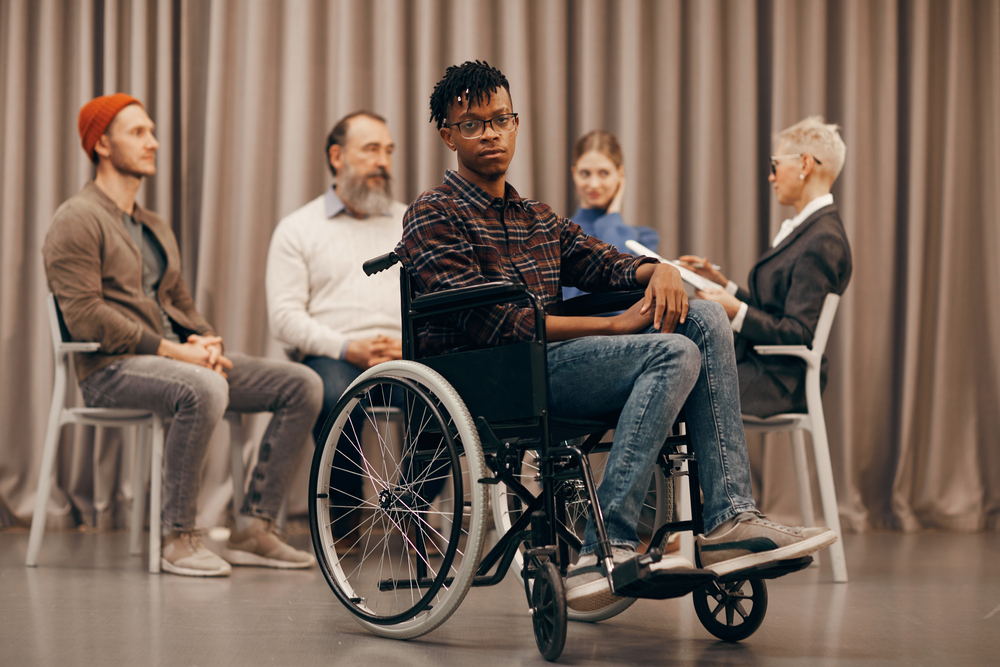 Similar peer-oriented recovery programs have shown promise in the UK, with service users seeing improved quality of life and overall well-being. In addition, research has shown that peer-oriented intervention programs were effective for both clinical and personal recovery, especially for people experiencing “severe mental illness.”

Antipsychotics are often prescribed without informed consent, meaning people taking them are often unaware of the many adverse effects of this kind of drug use. For example, antipsychotics can worsen cognitive functioning when given to people experiencing their first episode of psychosis.

Stopping antipsychotic use is associated with recovery rates that are six times higher compared to those still using the drugs. Unfortunately, many users report negative results with antipsychotics, with more than half reporting only adverse effects. Peer support groups can mitigate the need for these medications (especially as long-term solutions) and offer advice on how to successfully withdraw from them, given the lack of guidance on this topic within the psy-disciplines.

The present work begins by explaining the importance the psy-disciplines currently place on early treatment of psychosis. More than half of patients experience a recurrence of psychosis within five years, often accompanied by hospitalization. Clinicians emphasize treating psychosis as early as possible to improve mental health outcomes.

However, there is limited evidence about the usefulness of these early treatments, and accessing them can be problematic for many patients. With self-managed peer-facilitated interventions poised to fill the treatment gap, the current work investigates their efficacy compared to other, likely more difficult-to-access, interventions for recent onset psychosis.

The authors randomly recruited 180 people that had their first experience of psychosis within five years and were experiencing distressful psychotic symptoms. Participants were Hong Kong residents between the ages of 18 and 60, proficient in writing and speaking Chinese/Cantonese, had mild to moderate psychotic symptoms, and were mentally stable enough to comprehend the self-care skills taught as part of the PFSMI group. Participants were excluded due to participation in other psychosocial interventions, the presence of other mental illnesses or clinically significant medical diseases, and due to difficulty in language and communication. Each participant was randomly assigned to either the PFSMI, PEG, or TAU groups.

The PFSMI group received ten weekly/bi-weekly 1.5-hour sessions. These sessions included education about psychosis care, illness self-management, and personal recovery. Peer facilitators assisted participants in reflecting on their current life situation and developing coping strategies. Participants were encouraged to work through the program at their own pace. Participants also completed a recovery workbook in which they recorded recovery goals, plans for reconnecting to their community, and strategies to maintain well-being.

The PEG was led by a psychiatric nurse and otherwise shared many similarities with the PFSMI group. The intervention consisted of 10 weekly/biweekly 1.5 to 2-hour sessions. These sessions dealt with goal setting, a basic understanding of psychosis, symptom and emotion self-care, community support services, self-care skills, and establishing social support.

The TAU group received community mental healthcare services and outpatient treatment. In addition, they had monthly consultations and psychiatrist-prescribed treatments. They also had access to nursing advice on community care, brief education about psychosis, home visits by case workers, and referrals to welfare and employment services.

The PFSMI group also showed greater improvement in overall functioning, psychotic symptoms, and insight into their illness; the number of hospitalizations and duration were greatly reduced in the PFSMI group.