Being in antidepressant withdrawal, I had come to feel very isolated and alone recently. So much so that even the kind, lovely, supportive people in Facebook groups and my long-suffering family could give me little comfort. What I needed, I thought to myself, was to hear real experiences of people who, like me, have struggled with the very drugs that they believed were going to help them. So, off to iTunes I went. My search yielded a single interview, from January 2017, which I eagerly devoured. What then?

Fortunately, regular bouts of insomnia give me ample thinking time. It’s time to create a podcast, I thought — one that raises awareness of an issue that I believe is shared by many people but rarely spoken of.

Five years before this, I had ‘hit the buffers.’ I was under a great deal of strain at work, I was a new father and I struggled with phobias. The result was that my anxiety became unmanageable and pretty soon I was unable to work and housebound with fear. Like many, hoping to escape my emotional distress, I visited my doctor and was given the standard lecture: “You have a chemical imbalance, here’s an antidepressant, its like insulin for a diabetic, you’ll have to take it for life.” I walked away with the tablets not knowing what I was getting myself into. It’s now five years later, and I am still on my antidepressant, although not by choice. I feel stuck and trapped, I have tried to withdraw but not been able to. I have asked for my doctor’s help, only to be told, “There is no such thing as withdrawal.”

This is primarily what led to me feeling so isolated and ignored. My response was to start campaigning to raise awareness about the number of people who struggle to stop taking their psychiatric drugs. First came a petition, then a few radio and TV interviews and, most recently, the podcast.

Launching a podcast seemed like a good fit for me in many ways, and a huge challenge in others. Prior to my difficulties, I was a keen musician, so I was familiar and comfortable with the technical side of audio arrangement and production. The challenge came when conducting interviews.

My first interview was with Professor John Read from the University of East London. I was terrified — this was the biggest thing I have done for years and years. I wasn’t at all professional, but Professor Read was gracious enough to answer my naive questions with authority and empathy.

Next came Claire, a young woman who had been prescribed an antidepressant at the age of 16 and had been left on them, with no proper review or intervention, for 19 years. Claire described her experiences of trying to withdraw and her battle with discontinuation syndrome once she had stopped. She was powerful and passionate and I don’t mind saying that I finished that interview in tears. Even given her awful experiences, Claire was making progress every single day and she had clearly lost none of her spirit or her fight. I found this uplifting and motivating. So much so that I am now in the process of withdrawing myself.

Since then I have interviewed many people, both those with lived experience and experts who are critical of the over-medicalised and overmedicated approach to mental health. There is a common thread in all the interviews: despite their painful experiences and personal challenges, their desire is to reach out to help and support others. That is motivating, inspiring and uplifting.

The podcast so far has been many things for me: an incredible learning experience, at times a source of stress but mostly a great source of comfort. To hear real people and experts describe a world that is so different from the world that my doctors and psychiatrists have drawn out for me was liberating. This realisation was initially frightening, but soon became exciting as I found I was no longer contained by my ‘diagnosis box.’ With new understanding comes new opportunity, and I see the podcast as very much a part of this.

While putting the podcast together, I have learned that many of the things that I had accepted as ‘fact’ from my doctors are really just beliefs, and many of these are limiting beliefs, too. An example of this is the ‘chemical imbalance theory’ as an explanation for psychological difficulties. Human experience is vastly complex, and to reduce all this richness to a state of chemicals and neurotransmitters seems deeply flawed. Through that lens, I am a deeply flawed human being, and all the better for it.

In terms of my own views about psychiatric medications, I do believe that they have a place in mental healthcare, but they are used indiscriminately and there is a real lack of ‘informed consent’ where prescribing is concerned. In my own experience, medication requires strict adherence both physically and mentally — it is an uncompromising, one-size-fits-all, reductionist approach that is so different from the myriad shades of colour that we all experience, either in a steady state or while experiencing trauma or emotional distress. While I feel that medications have hampered my own recovery, I would never try to convince someone who felt they were getting benefit from their psychiatric medication to stop taking them; it is a deeply personal choice.

Response to the podcast has been fantastic — I haven’t had so many emails and so much feedback since I was working. I have heard from many people who, like me, felt lonely and isolated but were thrilled to hear people say things that resonated with their own experience. A member of the Surviving Antidepressants forum wrote: “I enjoy re-playing the lived experience podcasts sometimes just for ‘company,’ as withdrawal is a very isolating journey and hearing these voices of resilience really helps.”

In its first seven weeks, the podcast has been downloaded over 7,000 times and I am so grateful to every single person that listens. I’d love you to listen in too, whether you have had any contact with psychiatric drugs or not. It’s powerful and moving to hear the real experiences of people who, like me, reached out for help but were given pills rather than understanding.

I can honestly say that I no longer feel so isolated, no longer so contained and lacking direction or purpose. The podcast for me is the boldest step I have taken in many years, but I’m really glad that I took a risk and stepped out of the shadows. 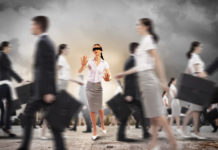 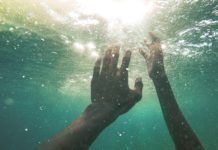 Access Denied: Victims of Prescribed Harm Are Abandoned by Psychiatry