Editor’s note: for personal and family reasons the author has chosen to publish under a pen name.

It might sound strange, as I still get told a lot how young I seem to be, but I’m fed up with attending conferences. At each of them we talk and analyze psychiatry as if we have to justify to ourselves that we’re standing on the right side, or as if we’re waiting for someone to give us the right to do what we do. We repeat again and again what’s wrong with psychiatry, how we need different forms of support, that a social change is needed, etc. From conference to conference I keep asking myself, why all this?

Without judging the motivation of people presenting and speaking at conferences — and without forgetting that ex-users of psychiatry are still struggling to be heard and conferences are there to give voice to those with lived experience — I’d like to ask the question: can we achieve more with these conferences than generating knowledge and touching people’s hearts?

Why is it important to ask such a question? It is important because we are judging a miserable situation in society. We should therefore ask ourselves if our kind of disputation, which is mainly critical and analytical, fits with the judged grievance. In other words: are we preparing the ground for change or are we marking time?

We all know what’s going wrong in psychiatry and what should be changed. We’ve known for decades. That’s the reason I don’t think we’ll make much difference with further analyses of this kind. What we need is to work out strategies for how to use our critique to change and abolish psychiatry. We need to analyze where the cracks in psychiatry are, and take action with our critique at exactly those points to knock over the monopoly on ‘truth’ that psychiatry has had. We need to sit with each other and discuss how we can build up places to support each other and be who we are, no matter what anyone else is saying about who and what we are. Reaching out for more people to join our movement is quite important, but it feels secondary to me. It feels more urgent to ask: where and when will we start to attack?

This step away from defense to attack takes a lot of courage and strength. We have to pit ourselves against a recognized system — but one that is showing small fracture points. It can feel like running against a big wall in a strong head wind. And that’s why we need to prepare ourselves very well, and take advantage of any weak spots in the psychiatric system.

In order to do this, we need an analysis of what psychiatry looks like these days. In my opinion, that’s the reason our movement hasn’t made more progress in recent years: psychiatry has changed in the last few decades but we haven’t reacted to that with our critique and our actions.

Psychiatry, for example, has evolved into something which is more diverse than its core, the closed psychiatric ward. The western world’s psychiatry has lost its concrete shape — it’s also now working on preventive and normalizing strategies, for example. When it’s working preventive it’s not only looking at the limited part of the population that they call sick, but also focusing on the environment and how to influence the environment to avoid people getting sick in general. In contrast to this, when it is working in a normalizing way it is no longer bounded to the concepts of health or sickness but rather how to affect people in general to make them fulfill expectations about what a ‘normal human’ being should be (without defining exactly what a normal being is).

The result is a much wider population of people who are affected by these techniques. It’s not just about ‘sick’ people which psychiatry is ‘treating’ but also about how ‘normal’ people think and the psychological techniques they can use on themselves to reach their wishes and goals. This means that the power of psychiatry nowadays not only works through oppression but also by providing people with a certain kind of understanding of who they are and how they can evaluate, control and change themselves.

An attack by the antipsychiatry movement which is solely focused on the core of the closed institutions won’t see these aspects of the psychiatric system, and without a critical analysis of the further techniques of the psychiatric/psychological system we can easily be disarmed with the argument that “psychiatry has changed since the 70s and is nowadays a modern social service.” If we don’t want to come to nothing, we need a current analysis and theory of the current psychiatric scenery.

So let us sharpen our analysis, let us plan strategies for change and let us work up the courage to take action against this psychiatric/psychological system. This essentially means that we have to acknowledge that antipsychiatry is a part of a bigger social movement and therefore never lose the view on society as a whole. Because isn’t that exactly what we are criticizing? That psychiatry is shifting sociopolitical topics into the individual realm, and by doing so, shifting the urge to change economic and social aspects of society toward behavioral changes of the individual self, even going so far as to describe it as biological issues?

This also means that we can’t do it all alone. We need to connect with other movements who fight for an emancipation of society, who fight against the capitalist application of life and against discrimination, so we can fight together for a world where life is not valued in economic terms but is valuable in its own existence.

Let’s try and use the next conference meetings to share with each other about our local situations and how we can inspire and support each other in the fight against the psychiatric/psychological system. Let’s put our heads together to map out the weak spots in these systems and plan our strategies of attack accordingly. I do not consider myself an expert on what the current weak spots are, but one example that stands out to me as a source of inspiration was the homosexuality diagnosis being abolished in 1973. This was the result of a successful effort to force the APA to change a certain part of their manual using a blocking strategy that caused a lot of media coverage.

Last but not least: one opportunity to reach out to the public with a radical critique on psychiatry might be the WPA’s World Congress of Psychiatry which will be held in Berlin this October. But I have to express my doubts that focusing on such big events will help our movement in the long run instead of focusing on sustainable development of our movement, especially as we would focus on a big event of the opposition and put ourselves in a defensive position rather than creating our own platform. Sure, we could disrupt their congress, spoil their pleasure and have a lot of pleasure ourselves while hopefully winning some new people for the antipsychiatry movement, but we shouldn’t expect to change the foundation of psychiatry with such a protest. The fights against the foundation of these systems are fought somewhere else. They are much more unexceptional, unimpressive, but all the more important. And they start by reclaiming the different expressions of human beings back from the fields of experts, and instead of delegitimizing difference by stigmatizing it with a diagnosis, respecting each other in our different kinds of being. 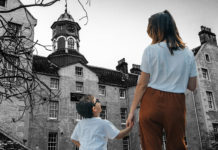 You’ve Got to Be Crazy to Go to a Psychiatrist 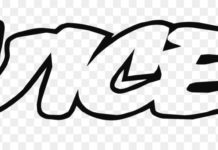