Iain Ferguson has experience as a psychiatric social worker, social work academic, socialist, trade unionist, and co-founder of Social Workers Action Network (SWAN) which advocates “building unity in action between campaigning organizations of service users on the one hand and carers’ organizations on the other” to prevent service cuts and closures. While his book addresses the U.K. and European experience, the basic arguments apply everywhere.

Ferguson aims to use the marxist approach “not only to make sense of mental distress but also help us address and change the material conditions that give rise to it.”

the central argument of this book is that it is the economic and political system under which we live — capitalism — which is responsible for the enormously high levels of mental health problems which we see in the world today.

He begins by describing the ‘crisis in mental health’ that disproportionately affects the unemployed, poor, and oppressed. He attributes this crisis to rising poverty, increased work stress, the shredding of social supports, and a low level of class struggle. Workers feel more burdened, more alone, and less hopeful, leaving the picket lines of the past to join the “worry lines” of the present.

Ferguson emphasizes that the meaning people give to their experience can make the difference between sinking into despair and fighting back. If a worker interprets the loss of her job as a sign of personal unworthiness, she is more likely to sink into depression than if she recognizes that unemployment is necessary to capitalism and feels anger at being victimized.

In the chapter “All in the brain?” Ferguson critiques and rejects the medical model of mental distress, the DSM, the “medicalization of everyday life,” and the “horrible history” of psychiatric crimes. He concludes by briefly reviewing the challenge to biological psychiatry posed by social models of distress.

Ferguson points out that the model of social adversity is preferable to the model of faulty biology. However, it fails to acknowledge the class conditions that generate trauma. As a result, trauma is typically treated as an individual or individual-family problem instead of an intrinsic feature of capitalism. This enables right-wingers to attack distressed families for failing to support their children’s mental development, when studies show that raising family incomes is the most effective way to do this.

The final chapter presents Marx’s theory of alienation as a means to understand the causes of mental distress and how to challenge them. Most people experience alienation as a lack of control over their work, their lives, and society. The resulting sense of powerlessness and disconnection is highly distressing.

to summarize the central message of this book, there is nothing “natural” about emotional misery on this scale. There is no evidence to show it is the product of diseased brains or faulty genes. There is, however, considerable evidence to show that it is the logical outcome of extreme levels of inequality which leave those at the bottom of the hierarchy feeling like useless failures.

There is much in this book to recommend. There are also important weaknesses.

Even though the movement against psychiatric oppression developed in the later 1970s, the revolutionary left has not yet produced a coherent marxist analysis of psychiatric oppression and the fight against it. This has nothing to do with the value of the marxist method of analysis and everything to do with the tendency of marxists to veer into academic debates over what Marx, Freud, and others said or did not say, and what they meant or did not mean when they said it. To be specific, the chapter, “Marxism and Psychoanalysis,” aims to:

assess the extent to which the human development theories of Freud and his successors are useful in making sense both of the way in which personality is formed under capitalism and also of the roots of mental distress.

This chapter pulls the reader into an abstract debate that is off-putting to non-academics and adds little of value. The final chapter also begins “by contrasting Marx’s views with those of Freud.”

As Ferguson points out, a good relationship between the therapist and the person seeking therapy is far more important to a favorable outcome than the theoretical orientation of the therapist or the method used. Therefore, little is gained by delving into whose analysis or methodology is correct.

Similarly, “The Politics of Anti-Psychiatry” centers on a detailed analysis of the works of R.D. Laing and Peter Sedgwick. In a seeming contradiction, Ferguson concludes,

The voices of those who are experiencing or have experienced mental distress should now always be at the heart of debates and discussions about the future of mental health provision and strategy.

However, the voices of distressed people who have been harmed by psychiatry are missing from this book.

Opposition to psychiatry is fueled by outrage against forced confinement, forced ‘treatment,’ brain-damaging interventions, and other human rights violations. For some, the call to abolish psychiatry is a theoretical stance. For most, it is a desperate struggle for self-determination.

Psychiatry and capitalism should not be counterposed. A marxist analysis should explain how the two feed each other and why both must be replaced with a socialist society that meets people’s needs.

Ferguson rejects the call to abolish psychiatry because it can be used to cut needed programs. The only alternative is to reform psychiatry so that it offers a more humane response to people in crisis. While this is definitely worth fighting for, how it might be achieved under capitalism is not explained.

A book that emphasizes the importance of control, and the suffering that results from the lack of it, should have something to say about psychiatry’s role as a means of social discipline. Unless we acknowledge this role, we cannot explain why service providers who aspire to help people are compelled to function in hurtful ways. As one psychiatric nurse put it,

we have no choice but to be trained, work, and obey the rules of the system. We can bring our own empathy, skills, and politics to our jobs, which has a bearing on how we relate to our patients, but we still have to assist in ECT, administer drugs, participate in forced restraints, and give evidence that determines what happens in people’s lives.

The strength of this book lies in its emphasis on the class basis of mental distress, its rejection of biological determinism, the importance of fighting for the rights of people in distress, and the central role of class struggle in promoting mental health. It is an advance on previous efforts and something to build on. 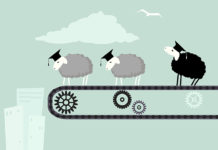 Disciplines of Dissent: On Antipsychiatry Within the Academy 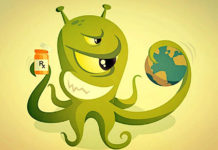 Blaming the System May Be the Best Therapy