On March 7, 2018, an alert Walmart worker in my hometown of Ithaca, New York called the police after becoming suspicious of a young man who purchased a large amount of ammunition. The twenty-year-old suspect, Maximillian Reynolds, looks in his photograph like many other socially able and attractive young men at Cornell, many of whom I help in my psychiatric practice in downtown Ithaca. He had recently been a Cornell student and continued to live in the same apartment on the outskirts of the campus in Collegetown. From his eighth-floor window, Reynolds had a panoramic and potentially death-dealing hilltop view of Ithaca and Collegetown.

I have great respect for the Ithaca police. Along with the FBI, they raided Reynold’s apartment on the same day they received the tip. They found an AR-15 rifle, 300 rounds of ammunition, explosives, a gas mask and other telltale paraphernalia. Because he had been committed to a mental hospital in the fall of 2017, Reynolds could not obtain a gun legally and instead paid to have someone else illegally obtain it for him.

Once Again—Psychiatry and Psychiatric Drugs Are Involved

As I have emphasized in earlier writing, nearly all perpetrators of mass violence have had some contact with psychiatry or related mental health services. The idea of giving more power and money to psychiatry to prevent violence is a great political talking point but it is disastrous for public health and safety. Psychiatry seems averse to recognizing violent patients but eager to give them violence-inducing drugs.

Based on a Cornell Daily Sun report, Reynold’s lawyer said that his client had been diagnosed with “schizoaffective bipolar disorder with paranoid features.” Reynold’s girlfriend was alone in her apartment when the authorities first arrived, “and she told investigators that he seemed manic, was not getting enough sleep and had stopped taking his medications.”

Congratulations to the Cornell Daily Sun for providing this information about Reynold’s psychiatric and medication background. Meanwhile, consistent with big media’s devotion to the Pharmaceutical Empire, the same information was absent from a recent New York Times article.

But His Girlfriend Said He Had Stopped Taking His Medications

As already noted, Reynold’s girlfriend said he seemed “manic,” was not getting enough sleep, and had stopped taking his medications. Assuming this report bears some resemblance to the truth, it does not matter whether or not Reynolds had recently stopped taking his prescribed psychiatric drugs. When psychiatric medications drive an individual into violence, mania or psychosis, these drastic adverse effects can last for days or weeks, or even longer, after the medication stops. Because of the drastic changes these neurotoxins impose on the brain and mind, many victims require hospitalization and treatment lasting long after the offending drug is out of their system.

James Holmes, the Aurora theater shooter, ran out of the antidepressant Zoloft 20 days before his rampage, but his psychosis was already overwhelming him and driving him to violence. Holmes and Columbine shooter Eric Harris were both in medication–induced manic-like psychoses at the time they perpetrated horrendous violence. If Reynolds was in a similar state, which seems possible given his girlfriend’s description, then the odds increase that the quick work of the Ithaca police and the FBI in pursuing a tip may have saved an untold number of lives in and around the Cornell campus and my hometown of Ithaca.

All this sounded very familiar to me from my psychiatric practice as well as from extensive courtroom experience, where I have been a medical expert in cases surrounding some of the grimmest mass murders. I have written extensively about psychiatric drug-induced violence in my book Medication Madness. Recently my widely read blogs on the subject of psychiatric drugs and mass murders have appeared here on Mad in America. I have been writing about the Michelle Carter case (the girl who supposedly texted her boyfriend to his death), the horrific mass murder in Las Vegas, and the recent Florida high school shooting—all of which have involved antidepressants or benzodiazepines. Most recently, I appear in a new video, released just yesterday, where I discuss the connection between psychiatric drugs and school shootings.

Some of my blogs, like my books and scientific articles, have substantial references to FDA publications and scientific research confirming that antidepressants, benzodiazepines, stimulants and other prescribed medications can cause or contribute to violence. My most recent blogs and commentaries can be downloaded for free at the Frequent Alerts on my website, www.breggin.com.

Cover Up on the Dr. Oz Show

Partly in response to my research and seemingly provoked by my recent blogs, the producer of the Dr. Oz show contacted me in February of this year. The show filmed me via Skype on February 27 and then aired live with a panel on March 14, 2018, a week after the episode in Collegetown on the edge of Cornell.

I devoted several telephone conversations and sent emails preparing the producer with scientific information, including published articles on psychiatric drugs as a cause of violence. The Oz show filmed me for a sufficient time for me to make many important points about psychiatric drug-induced violence.

When Dr. Oz went on the air, the film clip of my comments lasted approximately 20 seconds and did not allow me to finish a full sentence. The show cut me off mid-sentence before anyone could hear my conclusion that even the FDA recognizes the risk of antidepressant violence.

When the March 14 Dr. Oz show was put on its website the next day, my brief appearance had been deleted. Poof—and it looked like I was never on the air! Also eradicated was the live show’s brief mention that some experts believe that psychiatric drugs cause violence. No one would know that the entire show was in large part rebutting what I was saying at the start of show and in my publications and legal testimony. Instead, a panel of four experts, who literally knew nothing about psychiatric drugs and mass shootings, were seen working hard to defend the drugs without a hint of an opposing opinion.

If the Dr. Oz show had gone better for the Pharmaceutical Empire, I imagine they would have kept my face and brief comments on the post-show version. I think they realized that in their bumbling they had not disposed of those of us who are telling the scientific truth, so they simply eradicated me.

A Victory in the End

You might think the Oz show was a disaster in whitewashing the drugs, but the more I thought about it afterward, the more obviously it was a disaster for the Pharmaceutical Empire and psychiatry, and a victory for reform. Despite how often Dr. Oz said that the drugs were wonderful and that there was no evidence they caused violence, he was clearly ambivalent. It was as if, for split seconds at a time, Dr. Oz’s heart and brain grew bigger than his wallet.

As a big blow to big pharma, Dr. Oz named the show, “Is There a Connection between Psychiatric Drugs and Violence?” In doing so, he gave life to the question in a major television show by a celebrity doctor. Then in a television moment many will remember long after, Dr. Oz held up a list of mass murders with highlighting to show that most of the shooters were taking psychiatric drugs!

To add to the confused messaging, the panel seemed unable to come up with rational arguments to defend the psychiatric drugs. Anyone with a modicum of skepticism must have wondered why these know-it-alls knew so little and were spouting such desperate drivel.

For example, one “expert” said that when a prescribed psychiatric drug seems to make people violent, the drug is actually bringing out their underlying violence, and so it is not the drug’s fault. In reality, of course, many people struggle to control their violent feelings. Almost none massacre other people. Psychiatric drugs can become the tipping point. In many instances, the drugs cause mania and psychosis that drive the individual into making vast, grandiose plans for extensive violence.

These strained arguments seem to echo the defense of gun ownership that says guns are not to blame for violence, people are. However, there is a huge difference between guns and psychiatric drugs. The ready availability of guns increases the potential for large-scale violence, but guns cannot get inside the brain to make people violent. In tragic contrast, psychiatric drugs do get inside the brain to make people behave violently in ways they would not otherwise do. 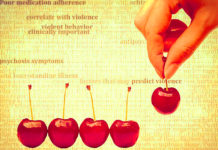