I’ve sometimes wondered how guilty I’d feel if I was a doctor who had started liberally prescribing opiates when we were all heavily urged to do so, now that we have a deadly epidemic as a result. This isn’t just idle musings. I’m being urged to promote what I fear might become the next deadly epidemic — stimulants. I work as a college psychiatrist, arguably ground zero for the emerging ADHD/stimulant crisis. This week I was given a big shove… and I’m angry.

I was at the American Psychiatric Association annual conference in New York alongside 15,000 psychiatrists from around the world. Hundreds and hundreds of us overflowed a session called “Adult ADHD: An Evidence-Based Psychopharmacology Treatment Algorithm” presented by Drs. David Osser, Robert Patterson, and Bushra Awidi from Harvard. We were looking for informed guidance as we struggle with increasing numbers of patients looking for stimulants to deal with the ADHD they’ve been helped to become aware of. We got a simpler answer than we could ever have hoped for: give them all high dosages of stimulants, oftentimes even higher than the FDA recommended dosages. Use some caution if they have bipolar disorder or substance abuse or alcoholism or abuse stimulants, but go ahead and give them all stimulants.

If you don’t believe me, contact them or check out psychopharm.mobi where they say they’ll post their ADHD algorithm soon for everyone to see.

How could they come to such a clearly irresponsible recommendation?

Because it’s “evidence-based” on randomized controlled studies. I should point out that virtually all randomized controlled studies are drug studies, so they can’t recommend anything besides pills based on “the evidence.” They are either short-term studies to get FDA approval for a new drug or a new indication, or sometimes studies — directly or indirectly financed by drug companies and their allies — targeted to make advertising points. There are no serious long-term studies, either of efficacy or dangerousness, nor are there studies of how to get off medications.

Within those “limitations of the data,” the studies show that new stimulants are very effective over the short run and are reasonably safe. Aside from Strattera, no other treatments — including older off-patent medications like Wellbutrin or clonidine, or coping skills or accommodations — have been studied, so they aren’t included in the algorithm.

Thus, our modern, scientific, methodological blinders, intentionally or not, lead us to shortsighted prescribing practices, as, in my opinion, they usually do.

So, what are you going to do?

Short answer: I’m not prescribing any student stimulants until someone can tell me what the odds are that if they start taking stimulants daily as a freshman they’ll lose control and end up psychotic before they graduate. I know it’s not zero because I’ve seen people it’s happened to, but I don’t have any idea how many it is. Someone, please do the study at some college — then we can talk about how much is an “acceptable risk.” (By the way, I think it’s likely that the way most students “abuse” stimulants, taking them only when they’ve procrastinated enough that they’re behind or have to take a hard test, is safer than “using” them daily in high dosages the way these Harvard doctors recommend.)

Long answer: ADHD (or often more accurately ADD), even more than most DSM 5 diagnoses, conflates people who have attention problems and “meet criteria” with people who actually have the underlying mental illness. When they say that 80% of people with ADHD have other co-occurring disorders (and I don’t know what population or methodology they got that figure from), what that means to me is that the vast majority of the time, people diagnosed with ADHD actually have some other condition that is interfering with their attention rather than ADHD. If we add in trauma — for example “developmental trauma disorder,” childhood sexual abuse, and rape victims, all of which are very common but aren’t in DSM 5 — the number of misdiagnosed (and, in my opinion, mistreated) people goes up even higher. Many responsible clinicians want to take a careful childhood history and even collect records to find underlying, often treatable causes of attention problems before making a diagnosis of ADHD and prescribing stimulants, even though DSM 5 doesn’t require it.

For people without other underlying things interfering with their attention (like a recent breakup), we can “normalize” their problem as a mismatch between their attention spans and the required attention of their lives. We all have a range of attention spans — and that range is steadily getting shorter, making more and more people problematic and therefore “diagnosable.” If we look back across the last 100 years, we can see a progression from a generation who listened to the radio and tracked the leisurely pace of baseball as the national sport, moving on to my generation who grew up training our brains to watch TV and Sesame Street’s short attention span segments and we respond to the pace of football, and now we’re being replaced by a generation raised on video games, surfing the internet, and iPhones, for whom even basketball isn’t stimulating enough.

While we have been able to change the pace of our sports, entertainment and music to adapt to our ever-decreasing attention spans, we really have not fundamentally altered the pace of school, so that’s where most people struggle. In addition, short attention spans have made several really important things more difficult — including being able to commune with nature, paying attention to our romantic partners and other relationships enough to connect and share our lives, attending to our children closely enough to give them the “mirroring” they need to develop, and spending time connecting to God either in group or individual prayer.

When I meet someone who has been at the lower end of the attention spectrum throughout their lives, without other treatable causes, and they are distressed by their resultant struggles even though they made it to college, I offer them: 1) coping skills, adaptations, and accommodations (usually through the disabled students office), 2) a trial of Wellbutrin (which doesn’t work nearly as well as stimulants, but isn’t nearly as dangerous and isn’t addictive), and 3) a long, difficult program of retraining their brain to pay attention better, commonly called meditation (I tell them that it took me 1 ½ years to count to 10 breaths without getting distracted when I began meditating).

I also tell them that even though stimulants help almost everyone concentrate better, I’m too cautious to risk their brains and their lives by prescribing stimulants.

I refuse to be one of the doctors that contribute to the next deadly epidemic. If you think I’m overcautious, I hope you’re right, but I see too many similarities between stimulants and opiates. They’re both strongly psychologically and physically addictive, stimulate our pleasure centers, are often “abused” by otherwise normal people (we’ve tried to create less abusable formulations, while the street dealers create stronger, more abusable, more dangerous formulations), and have long-term dangerous mental and physical effects even at prescription strengths. And perhaps most importantly, they both “work” in the short term without actually fixing anything. 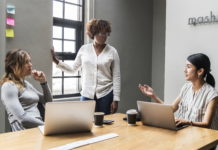 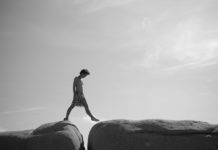 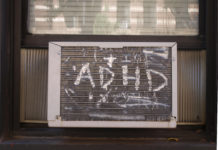