1.6% of the US population — more than 5 million people — currently takes antipsychotic medication such as Zyprexa, Geodon, Risperdal or Haldol, according to a 2017 review in the Journal of the American Medical Association; and antipsychotics are among the top grossing pharmaceuticals sold in the US today. Worldwide the pattern is similar, with antipsychotic drugs considered not only a necessary treatment for psychosis but now also used to treat bipolar mania, anxiety, depression, dementia, learning disability, and even insomnia.

If you are one of the people taking antipsychotics, or you used to take them, chances are you weren’t given a clear picture of what these drugs are all about before being prescribed, much less what your options were for getting off of them. More properly understood as tranquilizers — closer to what they were referred to when first introduced — antipsychotics can be useful to suppress some kinds of behavior, emotions, and perceptions. Clinicians, however, routinely fail in their responsibility to alert patients to a clear understanding of benefits versus risks, how to know when to start and when to stop taking the drugs, how to come off, the downsides of being on the drugs, and even how they can sometimes make things worse in the long run. I’ve consistently seen this huge gap in knowledge and patient education in my more than 15 years working as a mental health advocate, clinician and now researcher, speaking with patients, former patients, families and professionals in more than 30 countries and online. Antipsychotics are big business, professionals are often at a loss as to how to help people going through disturbing experiences, there is a huge fear to speak openly, the voices of patients and former patients are crowded out of the equation — there are many reasons for this lack of real education and real informed consent around antipsychotic medication prescription.

To address this gap in knowledge and help get a clearer picture of the role of antipsychotics in people’s lives, I teamed up with Maastricht University School for Mental Health and Neuroscience in The Netherlands on a world study on antipsychotic medication withdrawal. This June we launched an anonymous online survey about withdrawal. People over the age of 18, who have taken antipsychotic medications, and who have stopped taking them or tried to stop can complete the anonymous survey online at www.antipsychoticwithdrawalsurvey.com. Currently available in English, Spanish, Dutch, and Italian translations, the survey also has additional language translations underway and available soon.

I was drawn to do my doctorate at Maastricht University because of the research focus of European graduate schools, and through the work of Dr. Jim van Os, my study supervisor who is known internationally for his innovative work around psychosis and mental health care. Van Os is Chair of the Department of Psychiatry and Psychology at Maastricht University Medical Centre and a member of the Royal Netherlands Academy of Arts and Sciences, bringing considerable momentum to the project and giving it greater potential to impact the field. He has led prior research into the prevalence of psychosis in the general population, and questioning the viability of the diagnostic label of “schizophrenia” for a widely diverse range of human experience. Van Os is also well known in The Netherlands patient and survivor movement for his participation in psychiatric patient-led initiatives, and he contributed to the innovative Dutch website www.psychosenet.nl, a public resource for psychosis education that includes information about medication withdrawal and harm reduction.

In creating the Maastricht study, we collaborated with patients with experience of antipsychotics as contributors from the very beginning stages. The design of the current survey included a unique crowdsourcing component, where more than 75 English language and 18 German language participants shared their ideas and input of what questions the survey should ask. Additional key collaborators include John Read and Sandra Escher — two key researchers in understanding psychotic experiences — as well as patient-survivors Andrea Zwicknagl, Laura Cox, Miriam Larsen-Barr, Dina Tyler, and Monica Cassani, along with a team of translators. A previous study, funded by the Foundation for Excellence in Mental Health Care, formed a background of conversations around withdrawal, including with Nev Jones, Laysha Ostrow, and Vanessa Krasinski, and the idea of a study of patient experiences of antipsychotic medication withdrawal itself first emerged in discussions at patient support groups organized by the Freedom Center, in Western Massachusetts.

In addition to investigating the variety of withdrawal methods used (such as slow tapering, abrupt withdrawal, or intermittent use of medications) as well as the reasons for discontinuation — such as adverse side effects, availability of alternate coping methods, or the desire to return to work or raise children — the Maastricht study explores the role of social factors influencing the experience of antipsychotic medication withdrawal. My own experience with psychiatric medication, and the patterns that I see among people I work with and meet who have taken antipsychotics, suggests a strong and even determinate role for the social context in shaping how antipsychotics “work” and how easy or difficult it is to withdraw from them. Beliefs about the nature of psychiatric diagnosis, attitudes towards prescribers, and the role of family and community are critical, as well as different social supports, coping mechanisms, and wellness tools. Understanding the impact of medication withdrawal on quality of life and reliance on mental health services is also a central aim of the study.

More than a thousand people, mostly from the US, have already completed the survey online, and we are just now expanding the survey recruitment internationally and into other languages. We’re just beginning to look at the data as it’s coming in, and it’s been especially encouraging to get such a strong positive response from people who completed the survey, who often say they found just taking it a meaningful experience in itself. One person wrote: “The survey was a very powerful process, and actually helped me to integrate even more. Glad I could do it, and that it helps research too,” and another added: “Brave effort on behalf of the researcher(s) and their motivation behind such an important survey… So different than other surveys. I felt ‘liberated’ and ‘validated.’ Very nicely done. I look forward to reading the results.”

My own time taking the antipsychotic drug Navane in the 1990s may very well have helped keep me from going back into the hospital. But did anyone ever sit down with me to help sort out the pros and cons of this powerful mind-altering drug? What it meant to be on it, what the risks were, what to look at and keep in mind as I made my decisions about being on it? Did anyone help me understand how to come off? I had nothing, really. All I had was that seemingly simple name “antipsychotic” and doctors telling me there was nothing else to do to treat my psychotic symptoms. So the equation was: I had psychosis, and this drug was an “antipsychotic.” So I did the math and took my pills. I didn’t know that there is a lot more to these medications than being some kind of indispensable “antidote” to madness.

When I finally came off Navane it was with no support and I just stopped taking the drugs, following a doctor’s instruction that I quit abruptly, with no taper or gradual reduction. I spiraled into a psychotic crisis; I was hearing aggressive voices and became so gripped with shame and terrified of the people around me that I reversed my sleep cycle so I could avoid seeing anyone in the halls or bathroom where I lived. I stayed in my room and only came out at midnight, and ate dry cereal and candy bars, drank soda and read science fiction books. I had terrifying visions of going back to the Golden Gate bridge to end my life. What if I had had someone to help me through that experience, who could tell me what to expect in withdrawing from my drugs, caution me to withdraw slowly and find support and ways to cope? That would have made all the difference in the world.

It’s experiences with antipsychotics like mine and experiences I hear about from people and families I work with, meet, and learn about that motivated me to develop the Maastricht World Study on Antipsychotic Withdrawal. I hope you can get involved and contribute to change.

The Maastricht World Study on Antipsychotic Withdrawal survey is currently open to participants 18 years and older who have taken antipsychotic medications and come off or tried to come off. A list of antipsychotics is available here. The survey is currently in English, Spanish, Dutch and Italian and can be found at www.antipsychoticwithdrawalsurvey.com. If you are interested in supporting the project we encourage you to share in your social media, email, and internet networks, including a Facebook group about the survey. Anyone who wants to stay updated on study developments and receive information about study findings can join the study email list here. 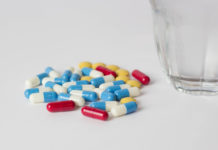 Better Outcomes Off Medication for Those Recovered from First-Episode Schizophrenia 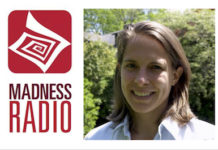