From CNN: “A ‘huge and largely unreported problem’ is happening in ERs across the nation, one expert says.

‘The extent to which ERs are now flooded with patients with mental illness is unprecedented,’ said Dr. David R. Rubinow, chairman of the Department of Psychiatry at the School of Medicine at University of North Carolina, Chapel Hill. […]

A 2017 government report found that the overall number of emergency department visits increased nearly 15% from 2006 to 2014, yet ER visits by patients with mental or substance use disorders increased about 44% in the same period. […]

Emergency departments do not welcome patients like her, says [PTSD sufferer Karen] Taylor, who described the ER as ‘a bad place for a mental health patient.’

‘They strip away your dignity, your clothes, everything, and the doctor comes in and treats you like dirt because you’re taking up a bed,’ Taylor said. ‘I was told several times that I was just physically wasting space and I wasn’t really sick like the medical patients were.

‘They put me in a room where I stayed for hours on end. I’ve stayed in the ER for up to three days prior to going to a psychiatric hospital.’ […]

Leaving an ER can also be problematic for mental health patients, according to [depression sufferer Dan] Stephens: ‘Usually, you leave in a cop car in handcuffs.’ A 2016 national survey found that handcuffs were one of the ‘available tools’ used by security personnel in 96% of the hospitals surveyed. […]

‘If I come in of my own volition and say “Look, I need help,” they should just walk me back there without having to get a cop or security guard,’ says Stephens, who lives in a small town in Georgia. ‘People look at you funny, that’s what happens.’

When he was treated like a criminal, the whole process made him feel worse about himself, he says. […] 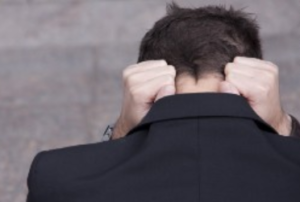