Since the 2017 UN Report of the Special Rapporteur on the right of everyone to the enjoyment of the highest attainable standard of physical and mental health, an ongoing debate has erupted as scholars and policy-makers discuss the integration of a rights-based approach to mental health policy and practice. The UN report (see MIA coverage here) called attention to human rights abuses, power imbalances, and an overreliance on biomedical conceptualizations of mental health that lead to those seeking help to be harmed or neglected.

Responses to this report, published in the Australian & New Zealand Journal of Psychiatry, have varied, manifesting in a recent back and forth between those supporting and those countering its message. Some stand by the UN report, arguing that the proposal of a human rights framework in mental health would be instrumental toward providing high-quality mental health support that is accessible and protective of rights to autonomy, health, life, and social inclusion.

Proponents of the rights-based focus in mental health policy and practice, including Gill (2018) and Cosgrove and Jureidini (2019), call attention to the social determinants of health, such as poverty and systems of oppression, as a counter to an exclusively biomedical understanding of individuals’ mental health. Further, they choose to focus on the “global burden of obstacles”—the impediments people face as they endeavor to attain health and receive quality care—rather than the “global burden of disease” discourse.

They argue that focusing on the burden of disease promotes a narrow view of health. It positions neurological “diseases,” such as depression and anxiety, as the primary objects requiring action and amelioration, namely in the form of increased access to psychiatric services. As a result, this focus obscures attention to structural impediments and determinants of health that might accompany and facilitate psychiatric intervention.

Dr. Neeraj Gill writes in support of the rights-based approach:

“It is imperative for the profession of psychiatry to adopt human rights discourse into its training, practice, and language, to champion the goals of mental health promotion and advocacy.”

Gill highlights the importance of the Convention on the Rights of Persons with Disabilities (CRPD, available here), which has forwarded these aims. The CRPD represented the inclusion of people with disabilities in international human rights law. Gill explains how the disability framework is applied to psychological distress:

“The term disability (as against disorder/illness) signifies a social model wherein disability results from interactions between the person with impairment and environmental barriers that hinder his or her full and effective participation in society.”

Gill goes on to describe how this framing constitutes a rethinking that aligns with a rights-based approach:

“The CRPD marks a paradigm shift in the understanding of and attitudes towards disability, by changing the status of a person with a disability from a passive recipient of care to an active subject with rights.”

On the other side of the debate stand those who claim that the UN Report promotes an “anti-psychiatry” perspective that undermines and devalues the legitimacy of medical psychiatry. Dharmawardene and Menkes, for instance, contend that the report’s expression of “manifest bias” against the field compromises an effective response to the “vast global burden of untreated mental illness.”

Although they address that the UN Report “properly draws attention to the pernicious problem of human rights abuses of the mentally ill,” they also write that “the Report also makes a number of assertions that undermine its own stated aim of optimizing mental health outcomes around the world.” They write that the UN “report repeatedly challenges the biomedical model and, remarkably, appears to regard it as a primary cause of human rights abuse faced by the mentally ill.”

Because of this, they take the position that the UN has failed to provide appropriate leadership, writing that the “Special Rapporteur’s Report fails to provide the balance and leadership required to address the vast global burden of untreated mental illness.”

Dr. Lisa Cosgrove and Dr. Jon Jureidini just recently responded in a thorough manner to the critiques laid out by Dharmawardene and Menkes, which they viewed as unnecessarily polarizing. They argue that numerous straw man arguments were made within the response and go on to clarify the ways in which claims made in the Report were conflated and misrepresented by Dharmawardene and Menkes.

Ultimately, Cosgrove and Jureidini caution against framing questioning and critique of the psychiatry field as an anti-psychiatry stance. They write:

“Positioning those who ask challenging questions about ‘scaling up’ mental health efforts as anti-psychiatry risks further polarizing an already contentious debate about the allocation of resources and undermines an important opportunity for constructive dialogue on areas of disagreement.”

Cosgrove and Jureidini underscore that the leadership demonstrated by the UN represents an ideal and balanced approach to constructively reforming psychiatry, not undermining it. In particular, they argue that the Report was neither anti-psychiatry nor anti-medication, but rather, promoted an evidence-based approach, consistent with incorporating indigenous knowledge and acknowledgment of social determinants of health, in an effort to prioritize human rights and the removal of obstacles to health.

Throughout their response, Cosgrove and Jureidini provide evidence from the original report, as well as additional evidence, to demonstrate how Dharmawardene and Menkes may have misrepresented complex issues. For example, they take a closer look at the epidemiological data supporting the global burden of disease estimates, arguing for a nuanced and critical approach before allocating scarce resources to scaling up psychiatric interventions. 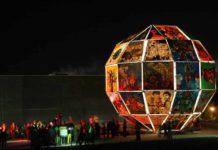 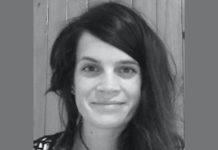