The first death from the coronavirus (COVID-19) in South Korea was a psychiatric patient in a locked ward.

Six other psychiatric patients, also locked up, died within days.

Like much about this pandemic, who the disease hits hardest is not entirely clear. But the first death in South Korea is consistent with what we know about the death toll worldwide: it is the elderly and people with preexisting health conditions and compromised immune systems who appear to be most vulnerable. To be clear, even the healthy young are getting severely sick and dying, but overall, the death toll is highest among those who are more fragile.

Psychiatric patients have much higher rates of diabetes, smoking/vaping, high blood pressure, obesity, and other health conditions that increase vulnerability to the virus. Ongoing stress, isolation, living under stigma and without relationship and social networks all contribute to weakened immunity. Confinement in psychiatric wards or crowding into the community asylum system of supported housing, group homes, and “board and cares” is also certain to worsen the risk of falling ill, and people with psychiatric diagnosis are overrepresented in the prison system, foster care, the homeless, and those living in poverty—where greater rates of illness and lower life expectancy are the norm.

Being a psychiatric patient likely puts you at much greater risk for illness or dying from COVID-19.

While most of the talk about “mental health in the time of the pandemic” focuses on mindfulness, ways to relieve your stress, and the accessibility to psychiatrists during social distancing, this reality of COVID-19 and mental health is being overlooked.

So we should be clear: when you hear the phrases the “most vulnerable,” the “fragile,” “those at highest risk,” and “the elderly” as being who are dying and will die from COVID-19, that language clearly also includes psychiatric patients and people with mental health diagnoses. Pandemic response policy is therefore also mental health policy: how we treat people with psychiatric diagnosis.

We know what works and saves lives. We know what will protect the vulnerable, including psychiatric patients. Successful responses to the pandemic have slowed the disease and protected the health system from overwhelm in China, South Korea, Taiwan, Singapore and elsewhere. It is absolutely clear there is a straightforward set of policies proven to protect people from disease and defend hospitals and medical professionals from being so overwhelmed they can’t care for people, as is happening in Italy and Spain. These policies are social distancing and lockdown, contact tracing, containment, and widespread testing. We are fortunate to have very good data from these countries showing what works to save more of the “fragile and vulnerable” which we know includes psychiatric patients who would otherwise die.

Our moral imperative is therefore right in front of us.

Of course there is a cost to the economy of these disruptive measures. That’s the nature of this pandemic, it is hitting our economies hard. It’s going to cost our economy. But there’s just no argument: economies come back: dead people don’t. Implemented globally an effective pandemic response will save tens or hundreds of millions of lives; in the US, it is estimated that effective measures could reduce the death toll by a million people or more.

However, right now the political leadership of the US is openly talking about abandoning effective policies and going in a different direction that could needlessly kill many more people—perhaps millions—and including killing hundreds of thousands or more of mental health patients. Right now the US President, advisors, politicians, state and local leaders, and commentators are discussing lifting the social distancing, lockdown, and containment that are slowing the spread of disease.

Why? The idea—which is far from certain—is that getting back to work and getting back to business will improve the bottom line and keep the economy more profitable, avoiding recession or depression that would need more massive government intervention to address. In this view the “economic cost”—that is, lost profits and social disruption and the cost of government measures—is more important than saving lives. More “elderly” people should be allowed to die than need to die, in order to keep business profits in the economy going.

That’s right, in the name of protecting business as usual, there is now a calculation that says it’s ok to let the virus spread more quickly, to help the stock market and boost the revenue stream of private companies. By speeding up the spread of the virus, and increasing the load on our hospital system, these policies being considered are almost sure to lead to the mass death of many more “vulnerable” people. (And remember that social distancing isn’t just to protect you—it’s to slow the spread to others. People in situations where they can’t social distance or are prevented from social distancing, such as institutions or group homes, would still be left at greater risk for infection if we change these policies because the virus will be more widespread and infect confined and institutionalized people more quickly, as well as leave hospitals more likely to be overwhelmed and not be able to help if they do get sick.)

And so we should be clear what this means: our leaders, faced with choices of what to do in the pandemic, faced with the facts of what will save lives, right now explicitly, intentionally, and knowingly are considering choosing policies that will almost certainly result in the mass death of psychiatric patients who do not need to die. That’s right: leaders are seriously considering abandoning policies that save lives on a mass scale in order to save money. Money. Not lives. Money. And lives that could number in the hundreds of thousands, a million or more.

The fact that this is even being discussed—that is considered thinkable and acceptable – is a moral indictment of the cruelty of our society. We need to stop just euphemistically talking about “the elderly” and “those with compromised immune systems.” We need to add psychiatric patients and understand who is being talked about so we are entirely clear about who is going to die. We need to make the moral imperative stark and unambiguous.

This idea of abandoning effective pandemic containment would be unthinkable if the rich and powerful were not more protected from getting sick and dying than you and I. They are not looking at policies that are just as likely to end up killing themselves or their family members as they are to kill you and me. The rich, celebrities and the 1% have been getting easier access to testing and good treatment because of a privatized medical system where the richer you are the better care you get. Given this inequality, it is the most vulnerable and excluded, including psychiatric patients, who are expendable. Saving money is seen as more important than saving lives. More deaths is considered an acceptable price to pay—because it’s other people who will die.

This is not a shared national sacrifice being proposed. The additional deaths will not be to protect an economy that benefits everyone. People will die for the sake of an economy that has enriched a smaller and smaller number of people as part of the greatest wealth and income inequality in human history. An economy that fueled the private health care for profit that directly led to the pandemic crisis in the first place. An economy that privatized health care and left us completely unprepared for a pandemic we knew was coming.

We live in a world where the war crimes of the past are considered unthinkable today. Tragically those same crimes so often return dressed in different language, a more civilized, sanitized language of euphemism and jargon. What is seen as normal, when we take a closer look, turns out to be immoral and wrong. By considering abandoning the social distancing, lockdown, and containment measures we know work, leaders are now discussing policies that would directly result in killing mass numbers of psychiatric patients among the vulnerable. All because our lives are considered expendable in order to keep stock prices high and business as usual going. All in the name of “the economy.”

The first deaths in South Korea should be sounding an alarm for all of us. We are teetering at the edge of a moral abyss. 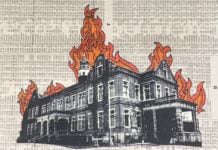 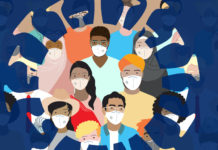 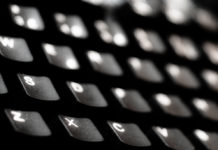