Researchers at Yale, writing in the American Journal of Psychiatry, describe a case of ketamine withdrawal that illuminates many of the issues with the drug.

“This case provides a rare clinical description of a possible severe acute ketamine withdrawal,” they write.

“This case illustrates the gravity and urgency of the need to collect data on the ongoing off-label use of racemic ketamine and how these prescribing trends may be affected by the approval and implementation of esketamine. Given the potentially serious adverse effects of ketamine and esketamine, doing so is essential in order to provide effective, safe, and evidence-based treatments for our patients with treatment-refractory depression.” 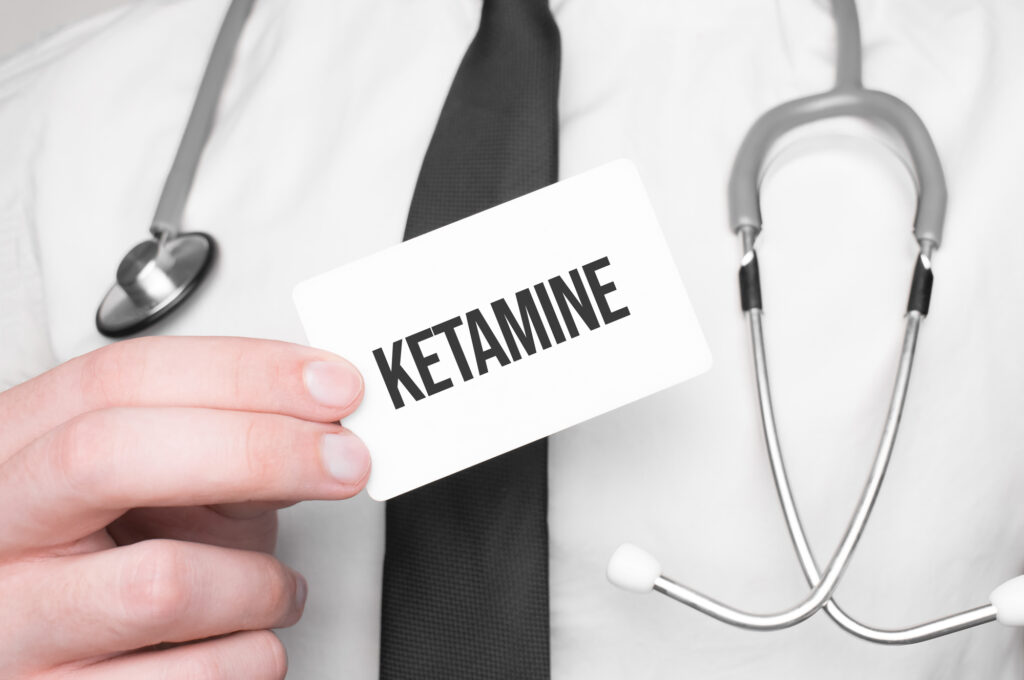 The subject of their report was a 35-year-old veteran (“Mr. A”) who received ketamine as a treatment for mental health problems. Like many real-life patients, he had a variety of diagnoses, including “posttraumatic stress disorder (PTSD), bipolar II disorder, alcohol use disorder in full sustained remission, cannabis use disorder, and borderline personality disorder.”

No medical treatment had worked for him, including numerous antidepressant drugs and other types of medications, electroconvulsive therapy (ECT), and transcranial magnetic stimulation (TMS). After all of these drugs and interventions failed to relieve his problems, he volunteered for a clinical trial of ketamine infusions. He reportedly found this to be the most helpful—although not that helpful since this paper was written after he presented to the emergency department of the VA due to thinking of suicide “multiple times a day.”

Strikingly, the researchers don’t mention whether he ever received any psychotherapy or other non-medical treatment.

According to the researchers, Mr. A quickly developed a tolerance to ketamine, which he was prescribed off-label outside the VA system, and his dose was increased over and over. By the time he came to the ER, he had taken a huge amount of ketamine—100 mg of ketamine orally four times a day, plus monthly injections.

The VA clinicians kept Mr. A overnight because of his reported suicidality. They noted that at the time, he was clear-headed, “cooperative,” and able to converse with them without problems. While they continued his other drugs, the clinicians did not give him ketamine.

The next day, Mr. A was involuntarily hospitalized because he had become incoherent, increasingly suicidal, and agitated. And the day after that, Mr. A’s condition had worsened even further. He was described as “highly irritable, intense, and dysphoric. He was observed hitting the wall, banging on the counters, arguing with staff, and yelling into the telephone”—a far cry from the calm and logical man whom they had seen just two days earlier.

Their solution was to give him further medications to attempt to tranquilize him, including olanzapine, lorazepam, and valproic acid. After several weeks, he was reportedly fit to return to the community.

Ketamine withdrawal was the likely cause, according to the researchers, especially given the timing and the fact that he was on a high dose that they suddenly stopped giving him.

According to the researchers, this case highlights the issue of tolerance—that even if ketamine has a legitimate antidepressant effect, patients will quickly require more and more of the drug, rising to dangerous levels. It also highlights the problem of withdrawal, which is poorly documented in clinical research and may take various forms. And, according to the researchers, clinicians don’t yet understand how to treat ketamine withdrawal.

Yet the researchers write that ketamine still has potential as a powerful, rapid antidepressant and that it has shown an impressive effect in clinical trials. They also add that esketamine, in particular, is more highly regulated and may not create the same problems.

Notably, one of the authors of the paper reported financial conflicts of interest with numerous drug companies that are involved in esketamine production and marketing.

Ultimately, their statement about the success of ketamine and esketamine doesn’t fit with the research literature. For instance, according to a recent paper in The British Journal of Psychiatry, there have been six four-week trials of esketamine. Five of those trials found the drug to be no better than placebo, while the last found a tiny statistically significant effect, which did not meet the criteria for clinical significance.

That paper noted that all of these studies were even shorter than the usual trials required by regulators—meaning that there is no evidence for a long-term benefit for the drug.

The paper also questioned the safety of ketamine and esketamine. The researchers found six deaths in Janssen’s esketamine study, all in the group taking the drug. These deaths included three suicides, two of which occurred in people who reported never having experienced suicidal ideation before. Bladder problems also developed in 20% of the people taking the drug, and increased car accidents were another problem that led to at least one death (ketamine/esketamine causes dissociation).

Another paper in Lancet Psychiatry noted that clinical trials have avoided documenting—or even assessing for—dangerous effects.

In a 2020 article in The British Journal of Psychiatry, researchers called the approval of esketamine “repeating the mistakes of the past.”