A paper published recently in the journal Economy and Society explores the wide range of possibilities afforded by the recent emergence of digital psychiatric drugs, highlighting new forms of personhood, methods of social control, and acts of resistance.

According to the group of authors, led by Lisa Cosgrove, a Professor of Psychology at the University of Massachusetts Boston, this is simply one recent example in a long history of psychiatric technologies used to surveil those labeled “mentally ill.”

And yet, the digital aspect of this particular technology evokes a unique set of social, political, and historical questions, including: 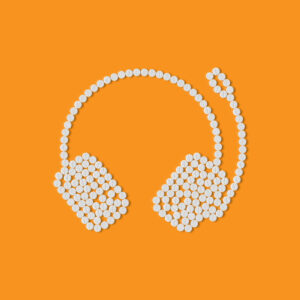 With each pill equipped with its own digital sensor that detects when it has been consumed, data can be collected related to whether, and if so when, the medication was taken. Those who manufacture and market these pills claim this is intended to help individuals remember to take their medication consistently and on time while making them more accountable to their doctors.

In an earlier published review article, however, Cosgrove et al. (2019) describe the research and proposed applications underlying the FDA approval of the first of such digital pills—a form of aripiprazole (trade name Abilify)—to be misguided, at best. Notably, they point to there being “no prospective, double-blind, randomized, controlled trials comparing digital aripiprazole with the non-digital version, other active comparators, or placebo.”

The digital nature of the drug has, moreover, fueled more general concerns about how digital technologies will increase coercion in psychiatry, with some lamenting the rise of the digital asylum. Amidst mounting criticism of its approval of the digital version of aripiprazole, the FDA publicly defended its decision, with the head of the Psychiatry Products division stating that public discussion about the drug has been “obscured by sensationalism.”

Addressing the first two questions listed above, Cosgrove et al. describe the choice to use aripiprazole, a drug often prescribed for those diagnosed with schizophrenia, to be odd given how distrust towards those in authority is already such a common experience among those in this population. Putting something into their body that sends signals to someone in another location would only seem to exacerbate this lack of trust.

However, the authors provide extensive evidence to suggest this decision was made largely for financial reasons, with the patent for Ability expiring shortly before digital aripiprazole was approved. Not only is the price for generic aripiprazole ($20 a month) considerably less than the recently released digital version, Abilify MyCite ($1,700 a month), but obtaining a new patent for what is essentially the same chemical compound allowed the market monopoly over it to be extended.

The authors describe this process as “evergreening,” which benefits the company considerably despite offering “little to no therapeutic benefit to patients.” As they explain,

Next, the authors explore what it is about the digital nature of Ability MyCite that has engendered such strong negative reactions. On the one hand, they explain, “digital technology and self-tracking have become a ubiquitous part of many people’s lives.” Some even enjoy the access to personal data digital technology can provide them.

And yet, such instances of “private self-tracking,” the authors suggest, must be differentiated from forms of “imposed tracking,” where corporations or government agencies generate data in ways that minimize or ignore the agency of the person being tracked. With imposed tracking, “the spectre of coercion is inevitable and looms large,” especially in the context of psychiatry’s long history using dehumanizing practices to isolate and control those whose experiences are outside the social norm.

Going further, the authors draw parallels between Abilify MyCite and philosopher Jacque Derrida’s analysis of the concept, pharmakon, which includes substances that, depending on the context, can operate as a poison, a cure, or a scapegoat. From this perspective, whether a substance is harmful or beneficial depends largely on who contributes most to the discourse and practices surrounding it. As they explain:

“It is not simply that the drugs are ‘spying on us’, their use has the potential to reinforce regressive notions of authority, and to further stigmatize (as anti-citizens) individuals struggling with emotional distress . . . For example, questions such as ‘have they ingested the digital pill at the correct time?’ become more important than understanding lived experience (e.g. ‘Are the side-effects too burdensome?’ and ‘What forms of personhood become unavailable when they are ‘medication compliant’?)”

All too often, writers critiquing the coercive elements of psychiatry themselves rely on a logic of paranoia, concluding with feelings of hopelessness that foreclose new possibilities. This is not the goal of the current article. While the authors acknowledge that vulnerable populations (e.g., incarcerated persons or those using illicit drugs) are likely going to be disproportionately coerced into taking such digital pills, they caution that this is not the only possible outcome.

Decisions to use (or not use) digital pills occur at the intersection of increasingly complex cultural, scientific, economic, and historical systems in ways that, the authors suggest, demand a model of agency that is more nuanced than traditional individualistic/humanistic accounts.

Drawing on posthumanist scholars like Donna Haraway and Karen Barad, they rethink agency as something that must be both enacted and negotiated, a social practice rather than individual capacity. As they explain:

“There is always the possibility that one can reconfigure the material-discursive practice that is Abilify MyCite. Meaningful relationships, renewed self-understandings, and/or various forms of resistance could emerge through these reconfigurations.”

In this sense, any account of digital pills that focuses exclusively on the harmful consequences of the technology would itself serve to minimize the agency of those prescribed it. Whether or not Abilify MyCite serves as a tool for psychiatric coercion, they suggest, depends as much on the society, local ecology, and unique creative capacities of the person prescribed it as anything intrinsic to the technology.

To illustrate this point, the authors cite Michel Foucault’s (1984) now popular quote, “It’s not that everything is bad it’s that everything is dangerous” (p. 231). While it is important to keep a watchful eye on how psychiatric technologies reconfigure individual bodies on both biological and behavioral levels, while following the money to who benefits most from such reconfigurations, the authors likewise urge an open mind regarding how:

“New forms of personhood and relations to healthcare providers, caregivers, and kin might be rearticulated in ways that are meaningful and important to people taking the digital version of aripiprazole.”

There is a long history of psychiatric survivors and other activists inventing creative ways to subvert the coercive mechanisms of the profession of psychiatry. This often involves negotiating identity in what can be complicated ways.

Whether it is by hacking the technology embedded in the pills or simply refusing to take them outright, there will certainly be possibilities for new forms of resistance opened up in the era of digital pills.