In the academic debate, the nature of mental health disorders is often described as an enigma, like ‘mental illness is very complex, and we do not understand how or why it occurs’, ‘depression and psychosis are mysteries that we have yet to figure out—incomprehensible mysteries!’, ‘it is so weird that some people develop psychopathology and some do not’. The terminology mental illness, mental health disorder, and psychopathology—which is further defined as the study of abnormal behaviors and experiences—all indicate that some psychological mechanism is malfunctioning when producing the distress, or symptoms.

Meanwhile, I have never met a person suffering from these alleged incomprehensible and out-of-the-blue types of psychopathology, where symptoms just occur with no apparent reason, context around them, or meaningful history leading up to them. I dare say that psycho ‘pathology’ always makes sense, and that we do know what it is (when actually looking at the individual’s current context and life story). It has been investigated and discovered; it just hasn’t happened in psychiatry’s many failed attempts in biology, neuroscience, or genetics, but in clinical psychology and the affective sciences.

So, while the debate on psychiatric diagnoses and drugs continues, we are some who have long moved beyond the discussion and are helping our emotionally distressed clients via fundamentally different treatment principles. Some who have long abandoned the very idea of psychiatry in its literal sense, meaning medical treatment of the soul (psyche = soul, iatry = medical treatment). 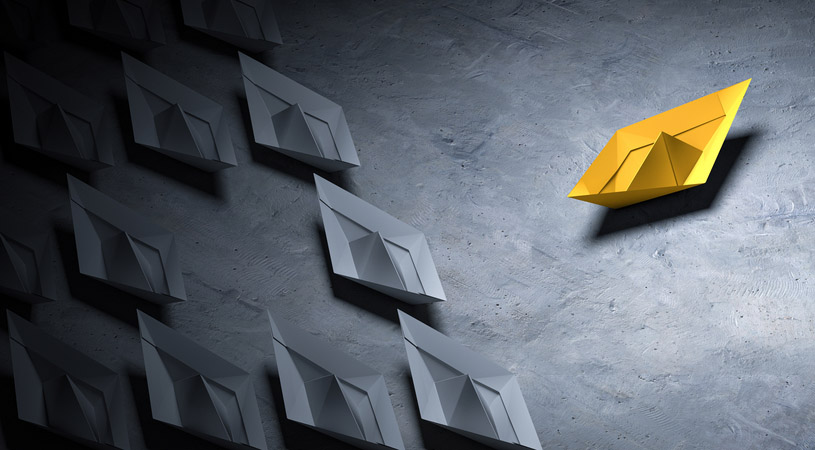 Psychopathology as an emotion regulation problem

What we help our clients with is regulating their painful and difficult emotions, thoughts, and traumas adaptively when they occur, so that they do not evolve into the clinical states called depressive episodes, prolonged anxiety disorders, panic attacks, stress burnouts, or psychotic episodes etc. Implied is the distinction between pain and pathology, the absence of which is what causes psychiatry to pathologize normal human suffering and reactions to life.

Prior to therapy, the clients’ emotion regulation styles are dominated by strategies like avoidance, emotional suppression, isolation, excessive worry and rumination, overthinking, self-criticism, alcohol, drugs, binge eating, self-harm, rituals, and compulsive behaviors. Different diagnoses involve different emotion regulation strategies and different emotional themes, but the underlying psychological mechanisms appear to be transdiagnostic. That is, all these behaviors function to reduce (i.e., regulate) some emotional distress and excessive thought chaos that is experienced as uncontrollable, overwhelming, durable, incomprehensible, wrong, and faulty.

These are emotion regulatory behaviors. As such, these so-called maladaptive emotion regulation strategies are always solutions to a problem. They can only be expected to make sense in the psychological context in which they are used. However, overreliance on these strategies risks backfiring long-term, creating more distress by causing new problems or by extending the initial distress into a clinical state—because the initial distress was not effectively regulated (or allowed?) at its source in the given context.

Metacognitive beliefs and emotional schemas as the root cause of psychopathology

There is one deeper psychological level of analysis than the dynamics between emotion regulation strategies and psychopathology. Recent developments in clinical psychology have emphasized that we choose our strategies based on what we believe about our thoughts (called metacognitive beliefs) and emotions (called emotional schemas), such as ‘my thoughts are uncontrollable, my emotions escalate and overwhelm me, I can’t get in contact with my traumas without being overwhelmed in emotional pain and flashbacks, I can’t control my intrusive thoughts and I must act on them, my emotions are intolerable, incomprehensible, dangerous, wrong, unique to me, will last indefinitely, and come out of the blue’. Obviously, these beliefs are shaped by what we’ve been through in life.

When holding such beliefs, we naturally aim to escape the distress—at almost any means, including the maladaptive strategies—rather than resolve it at its source. That is, we are controlled by our negative, intrusive thoughts and by experiential avoidance of our emotions rather than by approaching our goals and living by our values. We feel compelled to do something acute, but often short-sighted and repetitive, to endure and get rid of the pain. An outright terrible state of mind to be in.

However, the maladaptive strategies risk leading us further astray from our true values and goals, potentially adding existential distress, and there we have the deep depressive episodes, anxiety attacks, and psychoses. Understandable, but maladaptive strategies in terms of regulating life’s distress. Furthermore, it gets difficult to fall asleep, stay focused, enjoy things, and generally be in the present when our thoughts are experienced as uncontrollable, as their nature is to constantly tear their host emotionally and attentionally out of the now and into future scenarios (worrying; what if…?) and the past (rumination; if I had just done this or that instead! Why did this happen to me? What is the reason for my suffering? What could I have done differently?).

Thus, there is a triad relationship between what we believe about our thoughts and emotions, how we regulate them, and whether we develop psychopathology or not. The backside of the maladaptive strategies is that they prevent discovering that thoughts and emotions are, in fact, temporary, meaningful, tolerable, safe, benign, and controllable via our own minds, as they are subject to attentional control and thus need not to overwhelm us.

Where does psychiatric drug treatment fit this model? As psychotropic agents, it is difficult to see drugs as anything but another emotional control strategy. It is self-evident that drugs may work if they can introduce some sense of controllability and numb the emotional pain that is experienced as both incomprehensible and overwhelming. The problem is obvious: While reducing distress (or ‘symptoms’) and improving mood, the drugs risk confirming and reinforcing the underlying problematic beliefs of uncontrollability, durability, and incomprehensibility.

Put simply, it is impossible to genuinely experience that one’s emotions need not escalate and overwhelm, but can be tolerated and controlled (which is the aim of psychotherapy), if the emotional episode is medically terminated or numbed. Furthermore, as emotions are usually meaningful reactions to current contexts or past events replaying in the mind, which psychotherapy is about figuring out, the emotionally numbing drugs may even interrupt the therapeutic process—even when the drugs ‘improve mood’. Symptom reduction is not necessarily good. It depends on how the symptoms are reduced.

Conversely, we risk reasserting our beliefs in the opposite; that our emotions and thoughts are uncontrollable, overwhelming, durable, and make no sense, since we experience this need for emotional control strategies. That’s when the real trouble emerges. Hence arises the self-perpetuating downward spiral between beliefs, strategies, and symptoms that is psychopathology. It is this spiral that psychotherapy aims at intervening.

The psychological solution to psychopathology

In clinical psychology, we can ‘diagnose’ based on which metacognitive beliefs and emotional schemas, and the associated emotion regulation strategies, there are at play, rather than based on which symptoms the condition manifests as. Depending on the strategies and the content of the thoughts and emotions, the condition will manifest in widely different ways, but the underlying mechanisms to target are virtually the same. Suicidal thoughts, feeling worthless and inadequate, and excessive rumination, isolation, and avoidance is called depression; catastrophizing thoughts, difficult-to-control worrying, and inflexibly locked attention on threat and danger is called anxiety disorders; intrusive thoughts, obsessions, rituals, anxious feelings, and compulsive behaviors is called OCD; flashbacks and recurrent thoughts about traumas, negative views of oneself and the world, and excessive avoidance is called PTSD; and various intrusive paranoid thoughts will naturally lead to psychotic episodes—provided that the thoughts are followed and fed with our attention, which is what psychotherapy aims at learning how to not do.

Whereas psychiatry (and, unfortunately, some branches of psychology) insists on categorizing such expressions as different diseases with different treatments, modern psychology takes a transdiagnostic approach to psychopathology, focusing on the underlying mechanisms and causal treatment rather than symptomatic treatment. Psychological symptoms do vary and group in different syndromes, but the mechanisms involved in the underlying problems that the symptoms are symptoms of (which is not a disease, but some psychological context) appear to overlap significantly, which undermines the validity of the many and ever-increasing different psychiatric diagnoses.

The alternative, psychological, categories include psycho’pathology’ as overthinking-problems, avoidance-problems, emotion regulation-problems, crises inherent in being human, unmet or thwarted goals or psychological needs, traumas that have taken control, and a life incongruent with one’s values and goals.

With these ‘diagnoses’ follow a fundamentally different treatment rationale than symptom reduction and medication. Rather, the aim is to break the vicious cycle by intervening at the belief level, primarily by bringing about experiences that challenge and disprove the beliefs. In therapy, we identify and challenge the problematic beliefs using various metacognitive techniques, experiential exercises, meditation, attention training, validation, by connecting the distress to the life story and the goals, values, or needs activated in the current context, and by unfolding the painful emotions in-session from a safe space to allow experiencing and navigating through the distress without terminating it or getting overwhelmed. This is what psychologists are trained to do so that the experience actually disproves the problematic beliefs rather than confirms them for the individual.

When psychotherapy works, it is because it successfully alters the problematic beliefs into adaptive beliefs like: ‘My thoughts are controllable, I control whether to follow my negative thoughts or leave them be, thoughts arise spontaneously, but I choose what to do with them; I can get in contact with my painful emotions and traumas without them escalating or overwhelming me, I control whether to give my emotions and thoughts attention, and if I choose not to, they are temporary by nature and fade rather quickly; I am not wrong or faulty, my painful emotions often indicate that something is wrong, which I’m supposed to listen to, understand, and potentially act upon’.

When this psychological reality appears, the fight against our thoughts, emotions, and minds can stop. Acceptance, problem solving, detached mindfulness, defusion, flexible attentional control, goal-orientation, value-orientation, outer focus, and generally listening to our emotions becomes the new agenda—all of which involves actually feeling what is there to be felt. Ideally, long-term medication, too, becomes unnecessary. As such, the psychiatric solution and the psychological solution to psychopathology are fundamentally incompatible with each other. Furthermore, one risks standing with the hand on a hot stove without being able to feel it—until the drug is withdrawn.