Mad in America readers will not be astonished by the news that Big PhRMA showers physicians with “free” trinkets and samples and lunches and dinners and junkets and dollars.  Such tactics are common throughout the world of commerce, where they are described by terms ranging from “promotion” to “commercial bribery.” But do bribe-like actions ensnare physicians?

Medicine, after all, is a profession.  Its practitioners rise above the money-grubbing level of the marketplace.  At least, that’s the theory.

Strong evidence that putting money and other valuables in the right hands pays off, even when those hands belong to members of a learned profession, comes from a source that may not be on the reading list of many MadinAmerica readers.  FiercePharmaMarketing, an industry newsletter for pharmaceutical marketing executives is, as they say in the industry, “laser-focused” on the marketing executive’s mission: selling more drugs.

ProPublica’s data show that freebies for docs really do sell.

“Payments and gifts do influence many doctors . . . Even small handouts—such as free meals and payments worth $100 or less—tweaked branded scripts [prescriptions] upward.  . . . Doctors who participated were two to three times more likely to prescribe brands than those who didn’t.”

The hints for pharmaceutical executives continue: “The bigger the value of payments and gifts, the more branded scripts.  . . . Doctors who received more than $5,000 . . . chalked up the highest percentage of branded scripts.”

For the industry, the message is: “gifts” for physicians pay off.  Even small payments bring in big bucks.

For the rest of us, the lesson is—but we leave that to you, Mad in America’s readers. 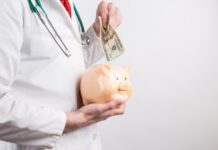 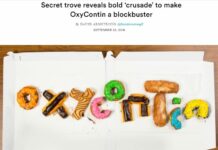