The life and death of Adam Maier-Clayton, the 27-year-old Canadian who recently used Nembutal to take his own life, should form a core discussion of every future debate on assisted suicide. His intense physical pain could not be diagnosed by the medical profession, so after many tests and procedures, they called it mental illness. Adam Maier-Clayton went along with all the tests and diagnoses and treatments, both medical and psychological; he tried psychiatric therapies and medications from Ativan to medical marijuana. He worked out and got exercise. He wanted to live very much. He just didn’t want to live a life of unremitting pain.

So the question arises: if we accept assisted suicide for a person with chronic unmanageable and unbearable pain, where does someone like Adam fit? Undoubtedly he had chronic unmanageable and unbearable physical pain, which professionals diagnosed as being caused by mental illness. Adam accepted this diagnosis. He followed every treatment recommendation and nothing worked. How should his case be treated?

Adam was not eligible for assisted suicide under existing Canadian law because he did not have a terminal illness. Although the Canadian Supreme Court decided in Carter v. Canada, 2015 SCC 5, that a constitutional right to assisted suicide exists for any competent adult with a “grievous and irremediable medical condition (including an illness, disease, or disability) that causes enduring suffering that is intolerable to the individual in the circumstances of his or her condition,” the Court suspended its judgment for a year (since extended) to permit Parliament to pass legislation implementing it. Instead, the Canadian Parliament passed legislation limiting assisted suicide to cases in which natural death was “reasonably foreseeable.”

So Adam purchased Nembutal with the advice of Philip Nitschke, the founder of Final Exit Network. Nitschke spent hours skyping with Adam, trying to coax him to stay alive, to give life one more chance. Adam skyped back for over a year, but even human connection cannot heal some kinds of pain.

I oppose assisted suicide because I am uneasy about any third parties assisting a person to die. I am certain that I oppose assistance from doctors who do not have a longtime treatment relationship with the individual requesting the lethal dose. Just imagine your answer to this question: what qualifications would you require for one person to be able to help a complete stranger to die the first time they met? Do you think a medical license actually guarantees everything you would want to require in a person given that much power and discretion?

I am not sure that any third party should be able to assist a person to die, but certainly not a stranger with a bunch of letters after his or her name. Most doctors who do this are well-meaning, but they are also advocates for a cause. You have to know a person very well to understand what is driving his or her decision to die. It’s not even particularly a medical issue. Thus, the fact that Adam’s father, with whom he lived, supported his decision strikes me as quite important.

On the other hand, if we are going to have assisted suicide, with doctors able to prescribe lethal medications pretty much at will to anyone that they determine meets the qualifications for assisted suicide, and if we describe “death with dignity” as a benefit, a good thing, a release and relief and a mercy for people with chronic unbearable and unmanageable pain, why do we also describe exclusions from assisted suicide for people with mental illness as a protection rather than discrimination?

Only because we think they are not fit to make up their own minds. The mythology that mental illness surely equals incompetence is just that—mythology. People should not kill themselves impulsively, but Adam Meier-Clayton was far from impulsive. He was certainly just as competent and thoughtful as other Canadians who have utilized assisted suicide.

Maybe he had a condition that was amenable to treatment, if only someone had tried harder, but no one did. How long should he have been required to wait and suffer? Longer than someone with a medical condition we recognize? Our modern society—particularly in the United States—offers inadequate, sporadic, and difficult-to-access mental health (and even medical) treatment and then demands that people stay alive because there is a possibility that they might be cured. Or maybe we think his pain was less agonizing because its source did not show up on a test or film or scan. But none of us can know how much another person suffers: it is with good reason that we honor people’s subjective experience of their own pain.

I am not at all sure that assisted suicide is a good idea. But if you, the reader, think it is, for people who are in unbearable pain and have tried in good faith all the treatments suggested, then you must support Adam Maier-Clayton’s choice of death as well. It actually doesn’t matter whether he had a medical condition that could not be diagnosed and the medical profession’s default to psychiatric disability was a tragic error, or whether he had a psychiatric disability resulting in unbearable physical pain that could not be deflected by therapy or medication or treatment. It’s impossible to know, and his life felt the same to him either way. He was competent; he tried hard for many years. It was his decision to make. It’s painful and it hurts, but he looked around the world, and we didn’t have what he needed to live. 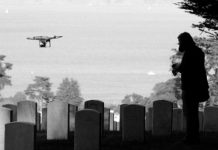 A “Hot-Potato” Topic and a “Rational” Book