This post helps make sense of the mountain of bipolar drug research. It distills into an infographic the pros and cons of five classes of bipolar drugs and gives observations on what it means for people who face choices on bipolar care.

Although this post wanders deeply into the statistical weeds, we avoid technical jargon. To maintain statistical rigor, we use technical definitions for important phrases below. [1]

(The infographic is kept fresh as research evolves. The latest version with footnotes is always here.)

A few key perspectives behind this infographic deserve attention:

How well do bipolar drugs work?

Bipolar drugs work, but 75-85% of the time people don’t see substantial improvement attributable to them. [2]

To test drugs, researchers take two groups of people with bipolar and give one a drug and the other sugar pills (placebo). After 1-2 months they count how many people in each group see substantial improvement (> 50% symptom reduction). If the tests reliably show more in the drug group, the drug works.

But we need to know much more if we are to make evidence-informed choices of care. We need to know the odds they’ll work. In fact, these odds (called attributable benefit) are vital, since they are the best way to understand the true value of drugs.

But there is no free lunch. The boost in odds of benefit comes with a boost in odds of harm. Data on harms is poorly quantified and numbers are highly variable, but here are rough odds of experiencing side effects from bipolar drugs: [7]

Bipolar drug therapy is a balancing act of benefits vs. harms. Odds of attributable benefit cluster in a 15-25% band, so 75%-85% don’t see substantial benefit. Stated differently, if five people take a bipolar drug, only one is likely to see substantial improvement due to it, but all five will have side effects. Experiencing this trade-off firsthand is a major reason why up to 60% of people with bipolar don’t take their medication as prescribed. [8]

Most people with bipolar take 2-5 psychiatric drugs (polypharmacy), [9] a practice that boosts symptom relief somewhat, but at considerable additional risk.

Unfortunately, the sheer number of individual bipolar drugs makes drug combination testing “practically nonexistent.” [10] This creates an uncomfortable reality: although psychiatry seeks evidence-based care, it “ventures beyond the evidentiary base” [11] for all but the simplest bipolar prescribing. And straying from the evidence creates grim results: longer hospital stays, [12] increased suicide, [13] and a rise in drug-related illness.

Even if we are comfortable with this added risk, the benefits come with diminishing return. The benefit of multiple drugs is nearly always less than the sum of the parts, and in some cases add-on drugs provide no benefit at all (as we will see with antidepressants).

Antipsychotic polypharmacy — taking two or more antipsychotics at once — is considered one of the riskiest forms of polypharmacy. In fact, the American Psychiatric Association (APA) launched a campaign targeting antipsychotic over-use. The APA’s CEO and Medical Director cautioned, “…Physicians and patients together should be thinking carefully. Are the medications really needed and are there downsides and negative consequences for overuse?” [14]

The largest-ever federally funded trial for bipolar depression reached a startling conclusion: antidepressants don’t work (don’t outperform placebo) when added to mood stabilizers (lithium or anticonvulsants). [17] And most people taking bipolar drugs are on mood stabilizers. [18] It also found that those on antidepressants were less likely to achieve durable recovery. [19]

Gold-standard meta-analyses and systematic reviews in 2001, 2008, 2011, 2012, 2013, 2014, and 2016 all reached variations of the same conclusion: antidepressants don’t work for bipolar. [20] One meta-analysis concluded: “evidence of efficacy does not support the short-term or long-term application of antidepressant therapy in patients with bipolar.” [21] Another warns that the research “suggests an unfavorable risk / benefit relationship for long-term antidepressant treatment in bipolar disorder.” [22]

This scientific reality collides with a prescribing reality: 30-81% of people treated for bipolar depression are taking antidepressants. [23] This disconnect is the largest controversy in bipolar care. To resolve it, a global expert task force of researchers and clinicians was convened in 2013. After considering all the studies, they found there was insufficient evidence to make any broad statements supporting antidepressants. [24]

How does this happen?

Although experts express no broad support for antidepressants, are there narrower bipolar situations where they are clear winners? Unlikely. Diligent research hasn’t found them.

Stand-alone antidepressants aren’t recommended nor FDA-approved since they can promote mania and switching. [29] Add-on antidepressants to mood stabilizers provide no benefit. [30] One antidepressant (fluoxetine) helps depression when combined with an antipsychotic (olanzapine), but the solution is almost as likely to harm as help. [31] Short-term use for bipolar II may provide value, but it can easily slide to long-term use because of antidepressant withdrawal difficulties. Long-term use may reduce the risk of new depression but it increases mood fluctuations [32] and the lifetime risk of polarity change and mixed episodes. [33]

Over 4 million people in the U.S. and U.K. are being prescribed antidepressants for bipolar when expert consensus and gold standard analysis confirm that the supporting evidence is weak and there is no corner of bipolar where antidepressants are shown to provide a compelling and reliable cost/benefit trade-off.

But there is good news. A paradigm shift is underway from conventional psychiatry to Integrative Mental Health, a discipline that includes the best of drug and nondrug therapies. Thankfully, options beyond the five bipolar drugs work. And we define work in the same way researchers do for drugs: they outperform placebo in randomized controlled trials.

These are not guaranteed solutions nor extensively tested. But neither are the multi-drug combinations commonly prescribed for bipolar.

But unlike drugs, nondrug options typically come with no or mild side effects and often support sustainable wellness. Additionally, some options address causative factors of bipolar distress, going well beyond the symptom management of bipolar drugs. For example, detailed blood tests help identify specific nutrient, gut-health, hormonal, and immune system issues that may be influential. This is important since 25% of people have identifiable physical issues that cause or exacerbate their mental distress. [41]

Psychiatrists, therapists, GPs, and other practitioners are advancing this paradigm shift. In fact, the APA sponsors a growing caucus of psychiatrists focused on Complementary and Integrative Medicine, and caucus leaders have recently published a book on evidence-based nondrug options. [42]

I leave you with these perspectives:

Drugs aren’t the savior nor the enemy. Blur your eyes and look at the infographic. An expanse of red will wash over your retinas. But there are also swaths of green. Yes, not a lot of big numbers on the green, but green. Many people confirm that drugs help them reside more often in a place of safety and stability from which they can build their recovery. Unfortunately, 75-85% of the time, people don’t see substantial improvement due to a bipolar drug they take. There is far more to healing than can be included in the chemistry of a pill.

Don’t wait for the paradigm shift. Most psychiatrists focus their practice on drug therapy, so you often need to expand your practitioner team to explore nondrug options. Fortunately, there is a vanguard of mental health practitioners that can help. Some are aligned with the emerging evidence of bio-individuality that informs individualized nutrient therapy, shown broadly effective in open label trials. Others see the correlation between bipolar and childhood trauma and are helping address sources of enduring pain. Others are aligned with expert consensus and are creating de-prescribing plans that slowly ween people off psychiatric drugs when needed. And professionals in peer support, mindfulness, mind-body disciplines, and more are providing valuable recovery support.

Nondrug options aren’t a panacea. Although there is growing gold-standard evidence that supports them, it’s much smaller than for drugs. Nondrug options may take longer to show benefit, they require greater personal commitment, most aren’t covered by insurance, and practitioners are scarce. They aren’t miracles. However, their ability to address causative factors of distress, support core wellness, and minimize exposure to the risks and side effects of bipolar drugs make them essential and a pragmatic source of hope.

Build a better plan with your practitioners. Carefully evaluate the evidence on your current bipolar drugs. Understand the odds and answer the APA’s question, “Are the medications really needed and are there downsides and negative consequences for overuse?” If you make adjustments, do so slowly under practitioner care. But — and this is my central point — don’t limit yourself to bipolar drugs. Explore evidence-based nondrug options. Avoid drug myopia. Trust your own experience. Your recovery may well depend on it.

Get started. Review the nondrug approaches most-promising for bipolar. Watch a short video of William Walsh, PhD on the methods and results of Nutrient Therapy for bipolar. Engage a practitioner trained in the diagnosis and treatment of the biomedical issues of mental health (see biomedical practitioner finder). Check out Safe Harbor’s Free Mental Health Strategies — 80 budget-minded nondrug mental health options. Practitioners can obtain Psychiatry Redefined training from Dr. James Greenblatt, one of the country’s leading integrative psychiatrists. Or consider the 27 broad evidence-based nondrug options that span all diagnoses. There is far more available than most people realize.

The only guarantee. Failing to look beyond drugs limits your paths to recovery.

Pause for a moment. Trust yourself. You can do this, and you are worth the effort. Start small. Take one step at a time. Stay close to those who love and support you. Mistakes will be made, and that’s OK. Make the best choices you can as you walk the often-crooked path back home. Others have recovered. So can you.

Epilog: This post leverages our growing library of Integrative Mental Health infographics and resources at Onward Mental Health. If you find them helpful, please use them. We welcome ideas on improvement and expansion. Many thanks to Stephanie Heit for her review and Dan Stradford, President of Safe Harbor, for providing the free mental health strategies. See disclaimer. 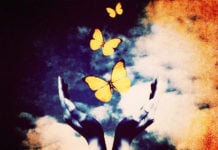 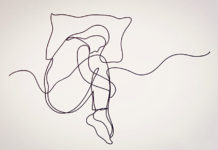 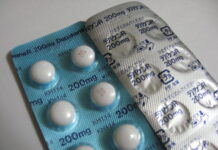 Anticonvulsant Implicated in Birth Defects in up to 4,100 Children, French Study Finds