About a dozen years ago or so, I was visiting Boston when I got a call from a researcher for 60 Minutes. They had heard that I’d written about experimentation on psychiatric patients (I’d just published Madhouse, about the use of surgical evisceration to cure madness), and they were wondering if I would serve as a consultant for two episodes they were preparing on Deep Brain Stimulation (DBS) as a treatment for depression. I agreed to do so, and spoke with them on a number of occasions over the following months.

I was then invited to New York to be interviewed by Leslie Stahl, and sat with her for about an hour and a half. It was an interesting experience in many ways. I had clearly been invited to participate as the token skeptic on two programs that were going to tout this new magic weapon. Indeed, it subsequently emerged that the plan had been to intercut my comments with those of the Cleveland neurosurgeon who was promoting this modern psychosurgical intervention. I never got to meet him, nor, as it turned out, did I get my 15 minutes of fame — probably just as well.

Leslie Stahl seemed less than thrilled when I pointed out that the “science” behind the notion that depression had a particular location in the brain was dubious in the extreme, and that even with the advantage of modern stereotaxic surgery, the idea that the implantation process was “precise” was an illusion. This was yet another piece of human experimentation being undertaken on the basis of a surgeon’s enthusiasm and some highly speculative claims. Moreover, I pointed out that all the excitement the media were generating about a new miracle cure rested on a handful of anecdotes with no scientific status. Well, Ms. Stahl finally asked, with some asperity, what would I say if those double-blind studies were done, and the procedure worked? I patiently reminded her of why I was extremely skeptical that it would, but said that of course, if it was genuinely and unambiguously shown to relieve the misery of serious depression, and had no major side effects, then I would accept that and welcome it.

We recorded our interview in April, just before the season of summer reruns, so the two planned programs stayed in the can until that fall. And then, a month before the scheduled two-part broadcast, the NBC news magazine broadcast its own puff piece for the procedure. The upshot was that two broadcast programs were cut back to one, and my segment ended up on the cutting room floor — or rather a tiny piece of it ended up on an online version of the program: a tightly edited little fragment that omitted most of my critique and left only the line where I said that if double-blind studies showed it worked, I’d have to eat my skepticism.

As it turned out, those double-blind studies were subsequently undertaken, two of them. Both had extensive funding from industry sources with high hopes of obtaining results that would provide the basis for an extremely lucrative market, and both were undertaken by enthusiasts for the procedure who clearly expected that the trials would endorse the claims previously made based upon open, uncontrolled interventions of this sort.

All in all, as this recital shows, the trial was an unmitigated disaster. Or, as Darin Dougherty, the lead author of the study later put it, “We fell off a cliff. . . . Given the investments in these pivotal trials, the manufacturers would have to have some awfully compelling reason to revisit these targets . . . from a regulatory standpoint.”2

The second trial was conducted by Helen Mayberg, a neurologist, and Andres Lozano, a neurosurgeon, along with a large team of others. Mayberg and Lozano have long been major cheerleaders for DBS, as they continue to be despite the disastrous results of the trial they ran, which was funded by Abbott/St. Jude Medical. Sixty patients were randomly assigned to active treatment, and 30 to a blinded control group, with the electrodes being implanted in Brodmann area 25, Mayberg and Lozano’s preferred target. The researchers anticipated that those receiving active stimulation would improve twice as much as the control group. The trial was scheduled to last six months, followed by a further six months of open treatment (that is, treatment where everyone knew what was going on). Both treatment and placebo patients improved slightly over the six-month controlled portion of the trial, but the data were unambiguous: “at the end of the 6-month blinded, controlled phase, there was no statistically significant difference in the primary efficacy outcome between the stimulation group . . . and the control group, or in remission.” And six more months in which both groups received stimulation that everyone knew they were getting failed as well. Unsurprisingly, the company funding the trial stopped it.3

Thus, once put to a controlled test, the claims for deep brain stimulation as a treatment for depression resoundingly failed. The purely speculative and fanciful biological “theory” of depression on which the intervention rested had not produced the anticipated results. One might have expected the principals involved to have been suitably chastened, but Mayberg and Lozano were most certainly not. After the failure of the Abbott/St. Jude trial, Mayberg parlayed her prominence in the field into a move from Emory University in Atlanta to a new job. The Icahn School of Medicine at Mount Sinai in New York appointed her as the founding director of the Nash Family Center for Advanced Circuit Therapeutics, lauding her path-breaking research into “brain circuits and for her pioneering deep brain stimulation research,” and promising “precision surgical treatments for neuropsychiatric disorders… to correct brain circuit abnormalities to restore mood as well as motor and cognitive functioning.”4

Of course, “precision” and “brain circuit abnormalities” were public relations phrases devoid of scientific substance. Rather than accepting that the failed controlled studies had undermined this whole set of speculations, Mayberg and her colleagues proceeded to explain them away. Perhaps those enrolled in the trial had been sick for too long. Perhaps the treatment was “less effective for patients with extremely chronic depression.” Maybe the stimulus applied was the wrong one. Or again, “differences in benefit might not be seen until after 1-2 years of treatment in this group.” Or perhaps “gross anatomical placement of electrodes in subcallosal cingulate DBS might not be adequate for optimal treatment delivery.” So, despite the failures, “Subsequent studies are merited.”

Just this week, Dr. Mayberg’s employer issued a press release touting a new paper written by her and her team. It claimed that the new paper of theirs, published online by the American Journal of Psychiatry on October 4, showed that “Deep brain stimulation (DBS) of an area in the brain called the subcallosal cingulate (SCC) provides a robust antidepressant effect that is sustained over a long period of time in patients with treatment-resistant depression.” The paper to which the Mount Sinai medical school refers is an interesting one, but perhaps not precisely in the ways they claim. It is yet another uncontrolled, unblinded study, with a small sample size. Data are cherry-picked and subjected to convoluted statistical analysis that focuses on only a portion of the sample looked at over varying periods of time. The authors seem to have viewed their results through a lens provided by Candide. Inconvenient facts are passed over as quickly as possible. Five of their already small sample dropped out after 1, 2, 5, 8 and 11 years. Then there is a brief but telling paragraph on safety. Among these 28 patients, the authors report 56 serious adverse events. One unfortunate patient was unlucky enough to experience ten of these, and after two years of this medical horror show, had the electrodes removed from his or her brain and dropped out of the study. That leaves another 46 serious adverse events spread among the remaining 27 patients.

What are we talking about here? Nineteen of the events involved the surgery going wrong in a variety of major ways. Six infections resulted from the brain surgery. Six patients had to have the original device “explanted,” as the authors put it, because the wires caused an infection (3 cases), failed to work (2 cases), or the crude targeting of the device needed adjusting (1 case). Another patient experienced hemorrhage of the cortex and a post-operative seizure. The device failed in 15 cases. There is no further discussion of these iatrogenic disasters, or the suffering they entailed. And then, finally, there were the serious psychiatric sequelae. Fourteen of the twenty-eight patients required re-detention in a psychiatric hospital, one on seven occasions, including five admissions occasioned by suicide attempts. What do the authors conclude? “The results here support the long-term safety and sustained efficacy of SCC DBS in an open-label long-term follow-up study.” The subsequent acknowledgement that “it should be emphasized that the absence of a long-term control group . . . precludes firm conclusions regarding the role of chronic DBS in these long-term outcomes” is immediately followed by more happy talk about the wonders of their experiment and the grand future it portends for their version of psychosurgery.5

We have been here before. When the prominent early twentieth-century psychiatrist Henry Cotton decided that the roots of madness lay in chronic untreated toxins hidden in nooks and crannies of the body, he launched a program of “surgical bacteriology.” The program began with the extraction of teeth and tonsils. When patients failed to get better, he believed his theory could not be wrong, so something else must be at work. Like Dr. Mayberg, he sought to explain away his failures and continue excising the biologically defective bits. Patients swallowed. Their stomachs, spleens, and colons thereby became infected. Those organs, or portions thereof, needed to be excised, and so they were. Outside independent but unpublished findings that the upshot was a 44% mortality among those getting abdominal surgery, and that the patients operated upon fared worse than those who escaped Cotton’s attentions, were suppressed by Adolf Meyer of Johns Hopkins, then America’s leading psychiatrist, and Cotton’s mentor. Some of the surgical interventions continued into the 1950s, at the cost of untold patient suffering.6

For well over a century, all sorts of exotic theories have been touted by psychiatrists, and experiments on vulnerable patients have been all too common. My latest book, Psychiatry and Its Discontents, reviews many other episodes of this sort, and the infatuation of the profession with biologically reductionist approaches, heedless of the harms that often accompany them.7 The mantle of science is easily adopted, and those who are skeptical, who warn that the emperor has no clothes, are dismissed as Cassandras, standing in the way of therapeutic progress.

Cotton was lauded in his lifetime by the luminaries of British medicine and psychiatry as psychiatry’s Lister, and invited by Princeton to deliver the prestigious Vanuxem Lectures, in a series graced by many a Nobel Prizewinner. Dr. Mayberg has won many medals for her work, including (remarkably) the Steven Hyman award for neuroethics. She is a member of the prestigious Institute of Medicine — not to mention her occupancy of two major endowed chairs in succession. My conclusion: don’t rely on professions to police themselves, and, most importantly, beware of enthusiasts. 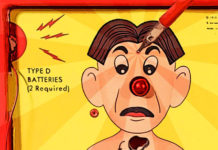 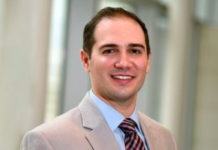 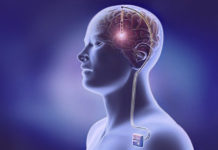 Brain Implants: Spinning the Trial Results to Protect the Product