As many Americans currently struggle with mental health issues arising from the coronavirus and its fallout, can we not now begin to understand that people who have experienced what gets labeled and treated as mental illness have also arrived at their distressed states through difficult life and situational experiences?  It’s easy, under normal circumstances, to explain away other people’s distress as a biochemical imbalance in the brain or faulty genes.  Now that so many are experiencing distress because of fears of their own mortality and that of their loved ones, economic hardship, isolation, great uncertainty about the future, and a loss of a sense of control, can we not appreciate that many who have been labeled mentally ill have long experienced these kinds of hardships?

Are people who are experiencing the worst of the coronavirus fallout today and the resultant mental distress the new mentally ill, or are they just normal people responding in understandable ways?  If they who are currently experiencing distress are just normal, who is to say that the mentally ill are not also just normal too, but we are in the dark about what caused their distress.  Is there a clear dividing line between normal and abnormal people?

The mental health industry, in its various forms throughout the centuries, has a long history of pathologizing and inhumanely treating the mad to great profit.  The antidepressant market value in 2018 was over $13 billion, and it’s predicted to rise as an ever-expanding group of people are driven into its web.  Are these people really mentally ill and in need of medication?  Should people who are experiencing distress because of the coronavirus take psychiatric drugs?

Congress has recognized, and to some extent tried to alleviate, the economic fallout of the pandemic.  There are people who have experienced economic hardship that has nothing to do with the coronavirus, and I am one of them.  Rather than being helped financially in 2002, I was started on antidepressants.  This was to the great profit of the mental health industry, but not to my benefit.

Financial help when you’re experiencing great financial hardship can bring great mental relief.  This is common sense.  Why is it, then, that we as a society treat people’s life difficulties with psychiatric drugs and other mental health treatments rather than lending a helping hand?  Is it appropriate to label someone with a mental illness when he is only expressing a normal human response to unspeakable difficulties?

Pathologizing and subjecting people to inhumane treatment can have its own consequences.  In Catholicism, there is the concept of “believing into.”  It’s like the placebo effect.  In light of the coronavirus, it is commonly recognized that there are some things that are outside of our control.  Yet there are some things that are within our control.  American psychiatry tends to believe that if people are not the architects of their own “successful” destinies, they must be mentally ill.  If someone believes that he has a biochemical imbalance in his brain that causes his depression, and that he can never truly recover from his “mental illness,” he may never recover, simply because of that belief.

When someone asked Jesus what works we must do in order to be saved, he answered simply, “The work of God is this: To believe in the One He sent.”  Belief is powerful.  Oftentimes, when Jesus would heal someone after an act of faith on their part, he would say that their faith had healed them.  Too many of us have put our faith in psychiatry.

One of the things that makes psychiatric drugs so effective is the placebo effect.  Because some people believe so strongly that the medications will be healing, they are.  The same effect can work with pain management as well.  Ordinary human kindness and decency can go a long way in helping people with what gets labeled as mental illness.

Sometimes this comes in the form of practical support.

A well-thought-out universal basic income (which was even, at one time, suggested by Republican President Nixon) might help to alleviate some of the economic injustices, as well as ultimately boost the economy, improve people’s mental health, and improve the whole country.  The past forty years have proven what a lie trickle-down economics is.  It has not trickled down to the least of us.  The rich have only gotten richer, while the middle-class evaporates and the poor get poorer.

You grow the economy from the bottom.  Free public colleges and universities would not only give book-smart poor people greater opportunity, and likely better mental health, but also ensure a well-educated populace—something much needed if we hope to thrive in the future global economy.

A $15 minimum wage would ensure an essential standard of living for all full-time workers.

From my own experiences with poverty and “mental illness,” I can assure you that these kinds of economic opportunities and stability would have improved, and would still improve, my mental health a lot.

The disability benefits given to many of the “mentally ill” are problematic for many reasons.  The most obvious one is that the payments are so low—always low on SSI and usually on SSDI.  Without family support, someone on SSI may become homeless or have to spend their days neglected and abused in a boarding home.

Another big problem with disability benefits for the “mentally ill” is that it incentivizes mental illness.  If your very survival is tied to being mentally ill and taking drugs, hoping and believing that you can recover might be a risk that you decide is not worth taking.  These programs also punish you for working, even a little, with a reduction in benefits, so that you can end up with little to no net gain, and by working you put yourself at risk of losing all of your benefits with no way to support yourself.  The social interaction and pride in a job well done can most assuredly improve mental health.  So, a universal basic income would be by far superior.

Economic stability and knowing that you have options other than lifelong homelessness or living in a dangerous shelter most certainly improves mental health.  There is a complex interplay between “mental illness” and poverty.  The life experiences and despair that so often arise from poverty could drive nearly anyone mad.  Not only this, but many of the standards used by the mental health industry to define mental illness are derived, not from some objective measure of good mental health, but middle-class American norms.  If you’re long-term unemployed, you’re probably mentally ill. Unemployment that arose from the pandemic, however, is likely not seen as proof of mental illness.  Mental health professionals understand why people lost their jobs, and it seems a legitimate excuse because of the pandemic.  They do not have such empathy for those whose stories they do not know or understand.  Don’t have a stable home environment, a spouse, and children who are well cared for?  Mental illness.  Homeless?  Definitely mentally ill.  Goodness and love, which should be hallmarks of good mental health, usually never enter the picture.

To help stave off any mental health crises that might arise from the coronavirus, we ought not invest in more psychiatric drugs, but would do well to look to practical solutions to people’s difficult experiences that result from this crisis.  That includes things like financial support, perhaps job retraining for people whose jobs have disappeared, and anything that can give people hope.  For some it’s faith and prayer.  For some it’s the hope of a vaccine and a cure.  For some it’s finding ways of helping others, which can take the focus off ourselves.  It may be a combination of any of these things or something else entirely that gives people hope.  Hope can help us to endure hardship.  So, hang in there.  Things can get better. 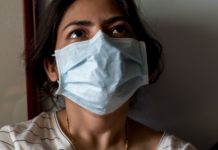