In a new opinion piece in Psychosis, psychologist Ruth Cooper of the University of Greenwich and her colleagues make a case against the long-term use of antipsychotic medication for psychosis and schizophrenia. They then advance their position that, given current evidence, the UK must explore psychosocial interventions and minimal medication approaches for patients. 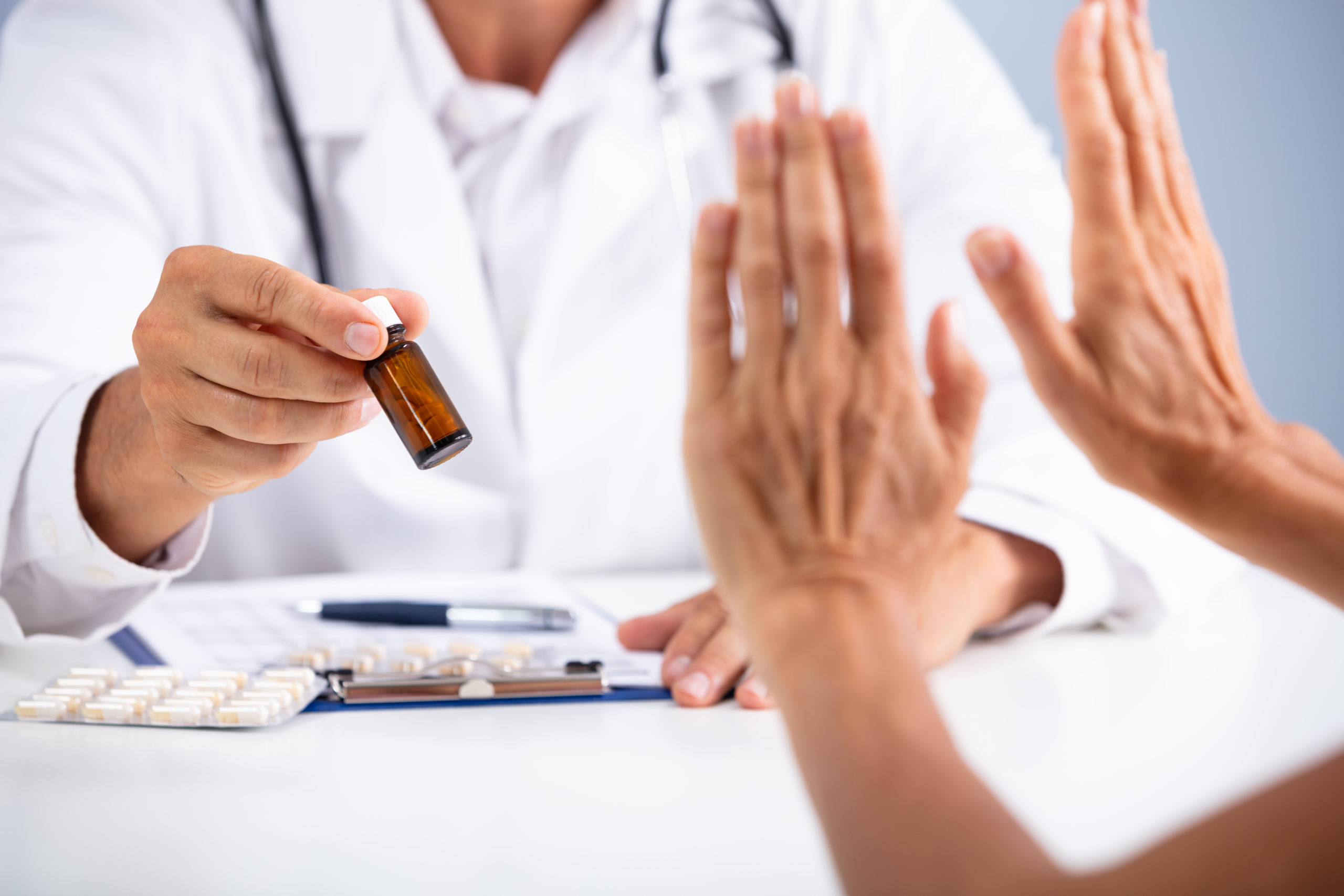 Antipsychotic medication is the first line of treatment in the US and the UK. Criticisms have followed it through history and, more recently, become louder. Recent research has shown that people who stop taking antipsychotics tend to fare better in the long run and are more likely to recover. Others have focused on the numerous adverse effects of the drugs, especially their long-term effects. Most disturbingly, they have been associated with brain atrophy in children and causing decreased cortical thickness in adults.

Other criticisms have come from research on people’s experience with antipsychotics. Patients describe some benefits but also a reduced sense of self and agency. The biggest survey to date noted that most patients reported negative consequences of being on these drugs. Resultantly, there has been a push to develop guidelines on withdrawing safely from psychiatric drugs, as withdrawal effects from antipsychotic medications can be debilitating.

Cooper and her colleagues begin by citing the 1979 WHO findings that, when it came to psychosis, people in poorer countries with less access to medication did better than those in rich nations. While antipsychotics help reduce symptoms for some patients, they can be ineffective in others and have significant adverse effects. New research suggests that for every 6 people treated with antipsychotics, 1 person has improved beneficial outcomes.

Patients can be coerced into treatment which can impede the relationship between them and the mental health system, closing down opportunities for psychological treatments. The authors write that the UK’s NICE (National Institute for Health and Care Excellence) guidelines support shared-decision making between mental health workers and patients. As most patients retain their decision-making capacity, they have the right to choose alternative treatments if they desire. The authors write:

“Given the adverse effects of antipsychotics, ineffectiveness for some people, and further reasons for stopping described above, requests to stop or not take these drugs should be seen as a legitimate preference not, as some clinicians may assume, as ‘lack of insight.’”

The authors also note that antipsychotics became popular because they were thought to reduce relapse. Studies have also shown that stopping antipsychotics suddenly can lead to florid psychosis. However, while this was earlier confused with relapse, it is now hypothesized as a result of drug withdrawal caused by dopamine supersensitivity.

Thus, many patients want to get off their medications but have little guidance or help. Given the absence of national guidelines and pressure on mental health workers to discharge people, practitioners are often unsure about alternate interventions.

Under the pressure of service users who have developed their own resources to come off psychiatric drugs such as “The Harm Reduction Guide To Coming Off Drugs” and “The Inner Compass Initiative,” NICE has asked for further research into psychosocial interventions. More recently, the Royal College of Psychiatry also published a set of resources and guidelines to withdraw from antidepressants, signaling building support for the deprescribing movement.

The authors explore the literature around minimal medication approaches to psychosis across the world. Historically there have been numerous places where minimal medication approaches and psychosocial treatments have been attempted – Soteria House in the US and Switzerland, Kingsley Hall and Villa 21 in the UK, and currently Open Dialogue in Finland (earlier need-adapted treatment).

These places have either not used antipsychotics, or minimized their use (delaying them by 6 weeks), or used benzodiazepines for a short period instead. They focus on providing emotional and practical support and sometimes on the process and experience of psychosis.

Cooper and her colleagues write that there are two major systematic reviews of these approaches, first by Calton and colleagues in 2008 and another by Cooper and Laxhman in 2020. Reviewing 9 psychosocial treatments in 2,250 patients, the analysis found that most treatments, when compared to the antipsychotic-using control group, were at least as effective as the control group – both in symptom reduction and improving functioning. This was achieved via far less antipsychotic use and with no evidence of any greater harm in the minimally medicated patients. However, there are many limitations with these promising studies, such as the absence of high-quality research, small samples, and the exclusion of high-risk patients.

Recently an Australian trial compared, among first-episode psychosis patients, an antipsychotic group with another group that received intensive psychosocial treatment (care-coordination, CBT, psychoeducation, family intervention, and close monitoring). After 6 months, and then 1 and 2 years, no difference was found between groups. Drop-out rates were high in both groups. Cooper and colleagues write:

“Despite this, the study gives preliminary evidence that an intensive psychosocial treatment package, similar to what may be already available in early intervention services, could be a potential alternative to antipsychotics for some. A larger trial of this treatment package is certainly warranted.”

Currently, in Vermont and parts of Norway, institutions have established minimal medication approaches under pressure from service users. Formal evaluation of these initiatives has not yet been published.

The authors note that there are several approaches to alternatives to medication (or with minimal medication) that can be offered to patients who prefer them.

First, different types of psychosocial interventions can be used, such as “emotional and practical support, talking therapies and psychoeducation… ‘being with’ people who are actively psychotic, in a non-intrusive manner, practical, social, and creative activities such as exercise, art’ and animal therapy, and peer support from people with lived experience.”

Second, alternatives like The Hearing Voices Movement allow people to see their voices as meaningful and help incorporate them into their life experience by working with the voices.

Third, building a better relationship with family members and friends who are often concerned about relapse is important; this involves including them in appointments and giving them good information. They can provide essential support, and if not, then places like Soteria provide relief from difficult familial circumstances. Short-term use of benzodiazepines (less than 1 month because of their addictive properties) can alleviate some anxiety.

Lastly, plans to manage deterioration and relapse should be made in collaboration with other services. A strong plan on how to deprescribe and get off antipsychotics is important. Research has shown that a very slow taper is most effective in reducing withdrawal effects. Tapering strips are also of use. This is the period when people might need extra support and close monitoring.

Some might benefit from completely stopping the use of the drugs, while others from maintaining minimal dosage. Good information on withdrawal symptoms and recognizing and dealing with them must be given to patients and their families.

The authors conclude by noting:

“We have an opportunity now to listen and respond to service users and, as in Norway and Vermont, governments could encourage the provision and further research of minimal medication services to provide people with a genuine choice about their treatment. Further discussion, in consultation with service users, of the key elements such a service should include is needed.”