Students of medicine, psychology and psychiatry, and allied health professions learn about psychiatry by reading psychiatric textbooks. They generally believe what they read and reproduce it at their exams. University textbooks are therefore a powerful tool for indoctrination–for arriving at the “right opinion” even when it is wrong.

When students have passed their exams, they will defend tooth and nail what they have learned. It is a curious trait of human psychology that once you have made up your mind, even when you were in serious doubt, you will vigorously defend your position when someone proves that the other option was the correct one.

It is therefore very important that the information conveyed in psychiatric textbooks is correct. And that is the problem. There is a huge divide between the official psychiatric narrative and what the science shows. 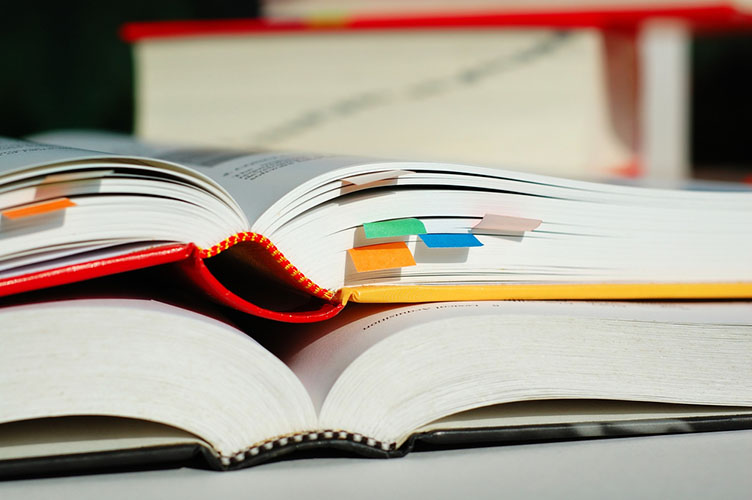 The discrepancy between opinion and science is also prevalent in psychiatric textbooks. Coming generations of healthcare professionals will therefore learn a lot during their studies that is demonstrably incorrect to the detriment of their patients.

It is the patients and their relatives who got it right, not the psychiatrists. A survey of 2,031 Australians showed that people thought that depression pills, psychosis pills, electroshock, and admission to a psychiatric ward were more often harmful than beneficial. The social psychiatrists who had done the survey were dissatisfied with the answers and argued that people should be trained to arrive at the “right opinion.”

But the general public was not wrong. Their views and experiences are in accordance with the most reliable scientific information we have.

We have a situation where the “customers,” the patients and their relatives, do not agree with the “salespeople,” the psychiatrists. When this is the case, the providers are usually quick to change their products or services, but this doesn’t happen in psychiatry, which has a monopoly on treating patients with mental health issues, with family doctors as their complacent frontline sales staff that do not ask uncomfortable questions about what they are selling.

In Sweden, the National Board of Health recommends that all adults with mild to moderately severe depression are offered psychotherapy, but only 1% get it. This illustrates that psychiatry is a perverse trade. It doesn’t help the patients as they want to be helped but helps itself.

In 2021, I got the idea that if I read and assessed the most commonly used textbooks in Denmark and wrote my own textbook explaining what was wrong with the other ones, this could be an eye opener for students everywhere.

I have written a book about what I found, which all users of the Mad in America website can get for free by sending an email to pcg AT scientificfreedom.dk. It is a pdf.

Danish textbooks would not be expected to be any different to those in other countries because mainstream psychiatry is the same in all countries. I hope other researchers will analyse the textbooks used in their country like I have done.

When reading books, it can be difficult to find out what is not there but should have been mentioned. Before I started reading, I therefore described in a protocol what I believe should be mentioned in psychiatric textbooks.

I identified the five psychiatric textbooks in Denmark most commonly used by medical and psychology students and evaluated if the information presented about causes, diagnosis, and treatment was adequate, correct, and based on reliable evidence. The textbooks were in Danish, had a total of 2969 pages, and were published between 2016 and 2021.

The authors included some of the most prominent Danish professors of psychiatry, but the textbooks were far from being evidence-based. They often contradicted the most reliable evidence; various author groups sometimes provided contradictory messages even within the same book; and the way they used references was insufficient. It was my clear impression that the more implausible the claims, the less likely they were referenced.

Briefly, I uncovered a litany of misleading and erroneous statements about the causes of mental health disorders, if they are genetic, if they can be detected in a brain scan, if they are caused by a chemical imbalance, if psychiatric diagnoses are reliable, and what the benefits and harms are of psychiatric drugs and electroshocks.

Much of what is claimed amounts to scientific dishonesty. I also describe fraud and serious manipulations with the data in often cited research.

Sound and unprejudiced debate about essential issues in psychiatry is rare. When defenders of the status quo do not have valid counterarguments against criticism of their practices, they do not respond to the criticism but attack their opponent’s credibility instead.

If you ask questions to your teachers based on my book, or other books or scientific articles I have written, you might be fobbed off with replies like, “Gøtzsche? Never heard about him” (even though they know who I am), “Don’t waste your time on him,” “Is professor Gøtzsche a psychiatrist? Has he ever managed psychiatric patients? How can he judge what we do?” Or they will say that “Gøtzsche is an antipsychiatrist,” which is the ultimate pseudo-argument psychiatrists use.

You should not accept such replies but always ask for the evidence.

The authors of the five textbooks count some of the most prominent professors of psychiatry in Denmark. There is no reason to believe that the systematic betrayal of public trust would be any different in other countries. We see the same lies, denial, omissions of research that was embarrassing for psychiatry’s self-image and official narrative, and misleading information about psychiatry everywhere. Robert Whitaker illustrated this convincingly in his review of Thomas Insel’s new book.

Insel, called “America’s psychiatrist,” was director of the US National Institute of Mental Health (NIMH) for 13 years, till 2015. In 2022, he published the book, Healing: Our Path from Mental Illness to Mental Health. The book makes an unintended case for abolishing psychiatry even though Insel tries to support it.

Being a former NIMH director, Insel should have told his readers about the poor long-term outcomes of treatment with psychiatric drugs, as documented in expensive and prestigious research funded by the NIMH.

He didn’t. Insel turned sand into gold by making a horrific diversion. He claimed that current treatments are necessary but not sufficient to cure complex brain disorders. This has absolutely no bearing on the case. He quoted his predecessor Steven Hyman who said we need to know much more about the biology of mental illness before we “can illuminate a path across very difficult scientific terrain” and develop medications that are as effective as insulin or antibiotics.

The pompous mumbo jumbo in Insel’s book covered up for the fact that biological psychiatry is a total failure, which history has so clearly shown. Furthermore, Insel’s ill-founded fantasies about a better future do not remove the immense harm his specialty currently inflicts on hundreds of millions of people.

In Insel’s adventure land, clinicians are more effective today than they were 25 years ago. Indeed. They are harming their patients more than ever, as psychiatric drug usage goes up all the time while the number of people on disability pension because of mental health issues also increases.

I conclude that biological psychiatry has not led to anything of use, and that psychiatry as a medical specialty is so harmful that it should be disbanded. People should not get drugs, apart from some acute situations, but psychotherapy and other psychosocial interventions.