In a 2001 article on Healthy Place, she was described as “Perhaps one of manic-depression’s best-known champions…”

Here’s another quote from the same article:

“I’m fine, but I’m bipolar. I’m on seven medications, and I take medication three times a day. This constantly puts me in touch with the illness I have. I’m never quite allowed to be free of that for a day. It’s like being a diabetic.”

First they sell you the “illness” that they’ve invented.

Then they sell you the drugs to “treat” the “illness.”

Then they sell you more drugs to counteract the adverse effects.

Then they sell you electric shocks to the brain.

Then you die prematurely.

Then they wring their hands in mock anguish, and say what a terrible illness this is, and that without their “safe and effective treatments”, you would have died a lot sooner.

Psychiatry is not Medicine

Psychiatry is irredeemably flawed and rotten.  There is truly no human problem that psychiatry does not make ten times worse.  How much longer must this carnage continue?  How many more lives will be ruined?  Where is their sense of decency?  And where is general medicine’s sense of outrage?

To what excesses of spin, venality, corruption, and destruction does psychiatry need to descend before decent doctors everywhere will speak out, and denounce this murderous hoax?  Psychiatry has long since forfeited any right it might ever have had to be considered a medical specialty.

“The use of psychotropic drugs, especially combined use of antipsychotic and antidepressant drugs, is strongly associated with an increased risk of SCD at the time of an acute coronary event.”

On April 20, 2013, the Sarasota Herald Tribune published Carrie Fisher talks about mental illness and career.  The article is an interview conducted by Elizabeth Johnson.  Here are two quotes:

“Q: Is there anything specific that causes a manic state?

A: When I was doing drugs, what caused it was stopping. I’d just get thrown off. Sleep deprivation, hurting your sleep cycle in general can be a problem. If I knew whatever it was, I would do better than I do, but I do very well.

Q: What treatment are you on now?

A: I take ECT (electroconvulsive therapy) and lots of medication.”

“Q: What drugs were you using before that diagnosis [bipolar]?

A: Anything that you had. I smoked pot first when I was 13, but I really didn’t get heavily into that. I never could take alcohol. I always said I was allergic to alcohol, and that’s actually a definition to alcoholism — an allergy of the body and an obsession of the mind. So I didn’t do other kinds of drugs until I was about 20. Then, by the time I was 21 it was LSD. I didn’t love cocaine, but I wanted to feel any way other than the way I did, so I’d do anything.” 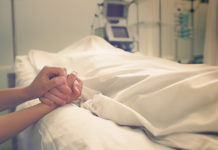 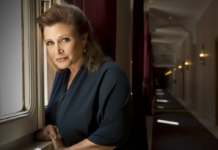 Carrie Fisher, Bipolar Disorder, and the Spread of False Information 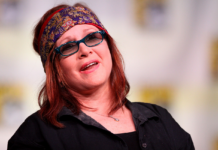