BBC 5 live — the most listened-to BBC radio station in the UK — ran a piece on rising antidepressant prescriptions last Sunday. In short, it aimed to explore why such prescriptions have doubled in the last ten years, and why, in England alone, there were over 63 million prescriptions issued in 2015.

At home I listened to the radio discussion with interest, as earlier that week the producers had called me to discuss possible themes the programme could explore. I do applaud the programme for airing an interview with James Moore, who discussed with passion and clarity some of the harmful side and withdrawal effects of antidepressants. But unfortunately, as I continued listening, it became gradually clear that none of the points I had raised earlier that week (about industry-backed diagnostic inflation and the lax regulation of medicines) were going to be aired as drivers of our prescribing epidemic.

Instead, we heard a very confident GP referring to depression as a “chronic condition” while stating that antidepressants in many instances are “life-saving.” And we heard the President of the Royal College of Psychiatrists alluding to the ‘fact’ that antidepressants are not over- but under-prescribed. Such unsupported claims simply made my head spin, but I shall not test your patience by rehearsing the rebuttals here — I trust you have these already at hand.

What I will do, though, is tell you what I told the producers before the programme was aired, because if they were unable to put these points on record, then I would certainly like to:

“While it is true that vaulting antidepressant prescriptions are partly driven by poor provision for alternative interventions in the NHS,” I told them, “and while it is also true that people are now on these medications for 50% longer than they were some years ago (often because doctors misinterpret withdrawal effects as evidence the original problem has returned, thus reinstating medication), none of this explains why these drugs came to market in the first place, and how they have managed, like i-pads and bubble-gum, to spread rapidly across nations. That kind of contagion needs investment, symbolic capital and powerful patronage. And that’s the story you should tell.”

As our exchange meandered back and forth I was finally asked for a specific example of such patronage — one that applies to the NHS.

The example I chose concerns two of the most powerful questionnaires in the NHS, called PHQ9 and GAD7. Their power is due to their having being used throughout primary care for the last 15 years to enable all GPs to assess whether a person has depression or anxiety and, if so, how severely.

Now, here comes the troubling bit: The major criticism of PHQ9 and GAD7 is that they set a very low bar for what constitutes having a form of depression or anxiety for which a drug should be prescribed. And yet, what the tens of millions of people who have filled in these questionnaires over the last 15 years almost certainly didn’t know is that their NHS distribution was paid for by, their copyright was owned by and their development was undertaken by — Pfizer Pharmaceuticals. Which, incidentally, makes two of the most prescribed anti-anxiety and anti-depression drugs in the UK.

So here we have a company setting the bar very low for receiving such drugs, while at the same time making and selling those drugs — and this has been going on unchecked for fifteen years.

After making these points, the producers seemed genuinely concerned and wanted to know more. And so I continued discussing the facts until they finally declared that a special programme solely on this issue warranted commissioning.

While I certainly agreed with the proposal, my fear of course is that despite good intentions, that probably won’t ever happen. What is more likely to happen, at least in the near future, is that the drivers of our epidemic will continue to be misrepresented by interested parties, misunderstood by a misled public, and roundly miskicked by those guild organisations for whom truth feels like an ‘own goal.’

In an attempt therefore to give voice to what gets little hearing, I have, like so many contributors to Mad in America, been busy with colleagues doing what I can — this time editing a new book on this very topic: the causes and harms of our prescribing epidemic. In conjunction with the Council for Evidence-based Psychiatry, we’ve assembled a team of leading authors (including Peter Breggin, Peter Gøtzsche, Peter Kinderman, Joanna Moncrieff, Sami Timimi and Robert Whitaker) who argue that the primary drivers of this epidemic have little to do with the clinical success of these drugs in rectifying the problems they purport to treat.

Rather, this epidemic has been driven by powerful processes of pharmaceutical sponsorship and marketing, the manipulation and burying of negative clinical trials data, strong financial allegiances between industry and psychiatry, lax and conflicted regulation of medicines, increased diagnostic inflation, poor provision for non-medical alternatives, misused and misleading bio-medical language, and public health policies that increasingly privilege abstract economic and occupational outcomes (such as back-to-work indices) in their framing and management of emotional discontent.

One lesson I have learned from editing this volume, and the sheer power of the chapters included, is that we must keep telling this story, not just because the credibility and integrity of its supporting facts compel us to do so, but because of the social and individual harms this epidemic is continuing to inflict. Indeed, this narrative is a complex one; indeed, it will take more time to unravel than most shows are able or willing to commit — but we must never deter from its telling, for the price of doing so would just be too great. 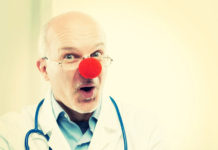 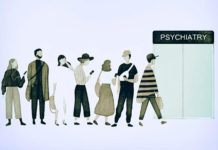 Why Are So Many Americans Seeking Medication for Distress?