Researchers are constantly hunting for chemical variations in people with emotional/behavioral problems. But even if chemical differences are someday found in those with such problems, why would we assume that these chemical processes ​cause their abnormal behaviors or moods, as opposed to being mere correlates of them at the chemical level? Doesn’t every mood, thought, and behavior, whether normal or abnormal, have to have its own unique corresponding chemical correlate? After all, we are made of nothing but chemicals. Every feeling, thought, or behavior is merely a series of chemical processes. Such processes are the physiology, or means by which all bodily functions occur. Pathophysiology is the study of changes in the way bodies work, ​as a result ​of ​disease. These changes are the effects, not the causes, of diseases.

Despite this, biological psychiatrists claim that finding the necessarily-present underlying chemical processes of abnormal moods, thoughts, or behaviors will prove that they are chemically caused. They are confusing ​how ​with ​why, or physiology with etiology. But its chemical correlate does not cause it; it merely ​is ​the mood, thought, or action, as viewed at the chemical level. They are one and the same thing. The chemical imbalance ​theory, in proposing that something causes itself to occur, ​thus makes no sense. It would be like finding the speeding up of water molecules to be the mechanism of water boiling, and then deducing that this process is the ​cause ​of its boiling. It is actually heat​ ​that makes water boil, by causing its molecules to accelerate.

For example, if we get upset over losing someone, of course some chemical (neurotransmitter) process must occur, which corresponds to our feeling upset — this process ​is ​our upset feeling, as seen at the chemical level. But the cause of the emotion cannot be itself (its correlating chemical brain activity) — the cause is our loss. Similarly, if I choose to raise my arm, this elicits chemical processes in my muscles involving calcium, acetylcholine, and proteins. These processes are the means by which the arm movement operates, not its cause. They ​are ​the movement, as viewed at the chemical level. My voluntarily raising my arm is what made it move. Or if someone hits you on the head, this can cause impaired cognitive functioning, by altering brain cell levels of chemicals like potassium, glucose, and calcium, disrupting brain cell functioning. But this correlating change in chemical activity is not the cause of the impaired cognition; it ​is the impaired cognition, as seen at the chemical level. It is ​how, ​not ​why, ​the cognitive impairment occurred. The ​why, ​or cause of the abnormal cognition, and its correlating abnormal chemical activity, was ​being hit on the head.

Imagine if police stopped looking for killers whenever they found the chemical correlates of an injury, due to wrongly assuming that the chemical abnormalities occurred spontaneously, killing the person. They would deduce that “The case has now been solved; it was biochemical.” Such illogical conclusions would lead to a big rise in the murder rate once potential murderers realized they will not be sought after or arrested. Similarly, people’s acceptance of the chemical correlates of problems to be their causes prevents them from looking for and addressing their true causes.

Others claim that finding unusual brain activity in those with emotional/behavioral issues would explain what caused their problem. But abnormal brain activity and abnormal mental functioning are just two different ways of viewing the same event. Brain activity ​is ​the mechanism by which all thoughts, feelings, and behaviors occur, as seen at the brain cell functioning level. Of course something correspondingly occurs in our brains every time we think, feel, or act. And of course, each unique thought, feeling or action, whether normal or unusual, must have its own correlating unique brain process. They are the same thing, and something can’t cause itself to occur. So even if such necessarily-present brain activity correlates are someday found in people with emotional problems, this won’t explain ​why ​their problems developed. It will merely be a way to view ​how their brains work (what the physiological mechanisms of their feelings, thoughts, or actions are).

For example, as a result of years of training, neurosurgeons learn vast amounts of knowledge, concepts, and expertise, which all must have corresponding unique brain processes. These brain processes did not ​cause ​their concepts, knowledge, and expertise to develop (the neurosurgeons’ educations did), but merely ​are ​these, as seen at the microscopic brain activity level. Similarly, as children mature normally and learn effective coping tools like focusing or managing their moods and impulses, of course there will be brain-activity changes which correspond to their mature coping tools, since these newly learned mental functions must have new brain-activity correlates. If children do not mature normally and are thus labelled ‘​ADHD’ ​or ‘bipolar,’ then of course their brain activity will differ from the mature child’s brain activity. But the reason ​why they did not mature would remain unanswered.

So what do studies of the physiology of people with emotional/behavioral problems have to do with finding the causes of their problems? Absolutely nothing. They serve no purpose, just as uncovering the physiology of people who need new cars or new shoes won’t help them solve their problems either. All they accomplish is to fool clients into thinking that they have fixed defects and thus cannot help themselves. They thereby dissuade people from exploring the true causes of issues that they need to work on. Neglected issues worsen over time, so ‘biological causation of mental illness​’ is a lie which itself ​causes mental illness. Psychiatry’s tricking people into not using their amazing capacity to learn and adapt is its greatest harm. As more and more problems become psychiatry’s domain, more and more people are being lured into handing over responsibility for their or their kids’ issues to a field whose goal is not to help them, but to produce lifelong psychiatric clients. These people thereby unwittingly let their or their kids’ initially minor, transient, resolvable troubles blossom into major, chronic, disabling ones. 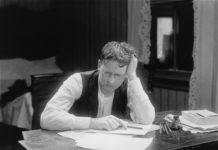