From Psychology Today: “Szasz’s ideas on psychiatry and mental illness can roughly be summarized as follows. First, mental illness is a metaphor for human problems in living expressed as ‘symptoms’ via a somatic protolanguage. There are no biological tests for mental illness; thus, mental illness is not disease in the literal sense. Secondly, it follows that if mental illness is not literal disease, then persons should not be deprived of liberty and responsibility in the name of mental illness. Szasz opposed all forms of involuntary treatment and the insanity defense. Sociologically, he saw psychiatry as a state-sanctioned mechanism of social control and an omnipotent threat to civil liberty. He termed this association between government and psychiatry ‘The Therapeutic State’.

It is important to note that Szasz’s views on psychiatry were influenced by his libertarian political ideology, formed as a child growing up in Nazi-era Budapest. During his psychiatry residency and later during his psychoanalytic training, Szasz avoided all contact with involuntary psychiatric patients. He never committed a patient involuntarily to the hospital and never prescribed a psychiatric drug. Morally opposed to coercion in psychiatry, Szasz maintained a private practice of psychoanalysis where he practiced what he termed ‘autonomous psychotherapy’, outlined in his 1965 book The Ethics of Psychoanalysis.” 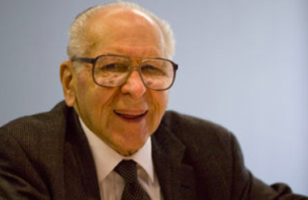