In a recently published article in Ethos, Helena Hansen, a professor of anthropology and psychiatry at New York University, investigates the relationships between race, moral subjectivity, and psychiatric diagnosis. Hansen reveals that factors like racial background and socio-economic status influence how treatment teams position subjects in terms of their morality and agency. This positioning, in turn, determines whether service-users receive a diagnosis of schizophrenia or substance-induced psychosis.

Hansen drew on both psychiatric training and interviews from an NIH-funded study on opioid maintenance treatments for this study. Her analysis finds that whether a service-user is diagnosed with addiction or mood disorder versus schizophrenia depends, in part, on how “patients are rendered morally repairable or morally recovered based on an intersection of race and class.”

The place of social prejudice in schizophrenia diagnosis is well documented. Researchers have pointed to the problem of deeply institutionalized racism in the mental health system and have called for radical shifts to address these concerns. Perhaps the most popular and exhaustive documentation of the overdiagnosis of schizophrenia in the African-American population comes from the work of Jonathan Metzl, in his book The Protest Psychosis. Other researchers have corroborated these findings.

The systemic prevalence of racial and class bias can be observed in United States policies like the war on drugs and welfare reforms, resulting in the largest incarcerated population in the world. Additionally, Hansen writes, most of those incarcerated are there on drug charges, and many have a co-morbid psychiatric diagnosis. This co-mingling of psychiatric care and the prison system is evident in the fact that prisons and jails are now the biggest mental health care providers in the country.

In response to racial discrimination in psychiatry, Hansen has pushed the field to implement structural competency training. In this analysis, Hansen makes use of case studies that demonstrate how the diagnostic trajectory of two patients, Jonathan (white, upper-middle-class, prospective law student) and Ibrahim (African-American, poor) differed drastically despite similar paranoid presentations and marijuana use.

Mental health workers, attempting to negotiate an already biased system, realized that while a schizophrenia diagnosis for Jonathan would impede his future goals, the same for Ibrahim would allow him access to social security. Hansen writes:

“These kinds of moments reveal the ways that clinical teams make patients into moral subjects that will be deemed deserving by the state, putting racially coded policies into clinical practice…”

She contends that these implicit moral motivations, already defined by pervasive and systemic bias, in turn, end up strengthening them further. Hansen emphasizes the significance of moral agency in recovery from schizophrenia and suggests that differences in diagnosis (which point to underlying moral subjectivities) can reduce this agency to the detriment of the patient. Other researchers have similarly pointed to the importance of personal and political agency and self-determination, not only in the treatment of mental disorders but also to improve the psychological well-being of those in conflict zones.

Hansen goes on to show that while an addiction diagnosis ensures that patients keep their moral agency, one of psychosis takes away self-determination. She notes here that contrary to what psychiatrists had expected, bio-medical narratives had not had the effect of reducing stigma. Instead, studies show increased stigma, rejection, and mistreatment in communities where the medical model was introduced as opposed to those where people were considered responsible for their behavior or used other local frameworks to understand psychological distress.

Even within an addiction diagnosis, there is racial discrimination where white patients are more likely to be advised to seek clinical treatment, while Black and Latinx patients have a higher chance of being incarcerated.

“This division has left addiction and psychotic disorder spatially, biomedically, and racially segregated from one another in psychiatry,” she writes.

Further, race and class dynamics create a hierarchy that defines which drug users need help and which are perceived as “morally irredeemable.” The difference between those who use powdered cocaine as opposed to those who smoke crack is divided along racial and socioeconomic lines. In this way, their moral subjectivity in the psychiatric set-up defines the kind of care they will receive.

Hansen shows that these distinctions are not only restricted to psychosis and addiction diagnosis but also apply to mood disorders. Despite industry consensus that most patients presenting with psychotic and mood disorder symptoms use psychoactive substances and those treated for substance use also show psychotic and mood disorder symptoms, the two groups of patients are carefully differentiated. She suggests there are underlying class and racial factors that keep these disorders segregated. While white patients in private settings tend to be given a mood disorder diagnosis, black patients are more likely to be diagnosed with schizophrenia. She writes:

“Depression and bipolar disorder are more compatible with white middle-class social reproduction than psychotic disorder. Countless successful business people, media personalities, and academics have ‘come out’ as bipolar or depressed.”

This bias is reflected in the sale and marketing of antipsychotic medication, where newer drugs are also advertised as useful for depression and anxiety. Thus, middle-class users of these antipsychotics tend to be protected from the stigma that comes with psychotic symptoms. They are often portrayed as using drugs like mood stabilizers.

More recently, psychiatry has called for an increasing focus on social determinants of mental health, but Hansen points to the inherent hypocrisy in such claims. She suggests that by segregating moral subjectivities along racial and class lines, psychiatry itself is one of the social determinants of people’s mental health because it creates certain types of identities while limiting others. Those who are considered moral failures because of their diagnosis lose their rights and agency. Psychiatry furthers the mistreatment of some while protecting others.

Hansen scrutinizes reasons behind the integration of behavioral health with primary care and suggests that it has positive and protective consequences for the upper-class white population. This integration preserves their moral agency by administering a less stigmatizing diagnosis in a less stigmatizing environment (primary care versus mental hospital). This also presents psychiatry as an inalienable part of mainstream medicine.

To further this argument, Hansen uses the example of how Oxycontin addiction among the middle-class white population was portrayed and dealt with by policy-makers and pharmaceutical companies. Rather than criminalizing the drug user, Buprenorphine was introduced (Suboxone) as the drug that would help opioid addiction. While similar to methadone in its operation, it was marketed in ways that ensured that the class and racial taint of methadone never touched the population that was on Buprenorphine. The federal law was changed to ensure that general physicians could prescribe this drug to people in their medical practice, thus doing away with the requirement of visiting potentially stigmatizing and embarrassing psychiatric facilities. Hansen writes:

“NIDA and congress were looking for less stigmatized and regulated treatment than methadone for largely affluent and white Oxycontin-addicted people. In congressional debates leading to the legalization of office-based buprenorphine, there is a clear emphasis on ‘a new kind of drug user,’ one that is young, suburban, and “not hardcore” and, implicitly white.”

The niche market for such drug-using online referrals and nation-wide ad campaigns has been a phenomenal success. A national study found that 92% of buprenorphine users were white, 56% were employed, and 56% had a college education. Thus, the real consequence of integrating behavioral and physical health services was an exponential increase in drug sales for people diagnosed with mental health and addiction problems.

In the end, Hansen exposes the different ways psychiatry has contributed to increasing racial and class bias and noted how institutionalized racism limits how mental health workers try to help patients. At the same time, she adds that there are practices that improve the moral agency of patients and facilitate healing. For example, working in community gardens and participating in peer-led groups allow patients to practice self-determination.

Despite the significant ways in which these forms of healing add social value to the patient’s life, Hansen notes that these forms of therapy are the most expendable in hospitals where they are regularly removed to accommodate budget cuts. Her calls for caution and critique of the systemic racial bias comes at an opportune time where there are increasing calls to export Western psychiatric practice internationally. 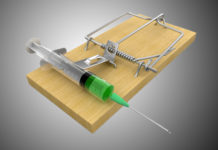