Last Christmas Eve, I drove to Yale New Haven Hospital to drop off 150 hand-written cards for the psychiatric patients. The response was so effective and heartwarming, I decided to continue the tradition this year by making 57 hand-painted holiday cards, each with an inspirational quote and the words “You are loved and you are far from forgotten” written inside. I dropped the majority off at Yale and brought the rest to Newport Hospital in order to expand my positive reach, but surprisingly, my gift was not quite as well received in Newport as it was in New Haven.

The contrast made me remember why I started this tradition in the first place: people who have been labeled ‘mentally ill’ are often not treated as equals, both inside and outside of the hospital. Judgments and stigma still surround the labels, and psychiatric care is in desperate need of improvements and humanizing. I don’t believe anyone deserves to be cast aside or forgotten, especially on a day like Christmas Eve. I believe we all deserve love, hope, and a personalized reminder that we are in this life together.

When I first presented my cards to the woman at Newport Hospital’s front desk, I was greeted with a smile, but when I told her to whom I wanted them sent, her smile quickly faded. She told me that in order to have my cards delivered to the psychiatric patients, I would probably have to remove all the decorative buttons, to which I agreed. She sighed, took a closer look at the cards, and then said that I would also need to black out my name and website from the back, to which I also readily agreed. She sighed again and then, without further instruction for modification, simply asked me to consider handing out my cards to “the other patients” instead, as if the patients in the psychiatric unit didn’t matter at all.

I was shocked. A moment ago, before she knew my intended card recipients, she had been so kind, and now she almost seemed annoyed by my request. By contrast, the security guard at Yale had not only accepted my gift gratefully, but he also invited me up to the psychiatric unit to personally hand out my cards to the patients. Sad but still determined, I made all the necessary alterations and stood by my original plan. In the end, I was able to have my cards sent upstairs for approval, but not without much difficulty and pushback. I don’t believe it should be that hard to let someone in the psychiatric unit know that you care. I don’t believe patients labeled as ‘mentally ill’ should be viewed any differently than physically ill patients, but unfortunately they still are.

Luckily, I am not alone in recognizing the current mental health system’s faults and wanting to make a serious change. Because of my experience on Christmas Eve, I have started following Mad in America, a community of open-minded people devoted to breaking down barriers and pushing for a more effective mental health care system. I very much agree that our current ‘brain disease’ model is flawed in so many ways, and “needs to be replaced by a model that emphasizes our common humanity, and promotes robust, long-term recovery and wellness.”

Each obstacle I encounter on my way to making a positive difference in this world serves as added motivation, and so I view my experience this Christmas Eve as a blessing. The difficulty I had in simply providing a bit of hope to the psychiatric patients at Newport Hospital reminded me that there are still people affected by the broken mental health system. They need our help—real, human-to-human, nonjudgmental, loving help. Just because they are trapped in a system that makes it hard for them to be reached doesn’t mean they aren’t worth reaching out to. I plan to be back next Christmas Eve with even more cards and even more drive to let the psychiatric patients know that there is someone on the outside who cares and doesn’t judge. Casting aside a few decorative buttons? No problem. Casting aside a human being? Not on my watch. 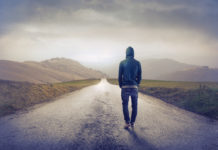 Surviving Child Psychiatry: My Quest for Love and Justice 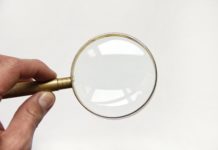