It seems more and more common for people who consider themselves mental health advocates to make some version of the argument that “mental illness is like physical illness” as they are trying to expand services, empathy and compassion. Have you heard this “depression is like diabetes” tactic? I have a hard time seeing how this is advocating for those in emotional and mental distress.

I’m also going to assume that these advocates are not simply stating a “fact” that diabetes and depression can be comorbidities. Yes, physical disease can cause emotional distress; that’s not specific to diabetes or whatever we’re calling depression, and it’s saying about as much as saying that water is wet.

There are quite a few issues I have with the thought that “diabetes is like depression,” let alone the idea that this would be ostensibly used for advocating for people in emotional and mental distress. In the first place, it’s difficult to misdiagnose diabetes at this point. Doctors may argue over when someone has crossed the line from “prediabetic” to “diabetic,” but they don’t argue over the definition of diabetes.

If you have type 1 diabetes, it means your pancreas cannot make insulin, which is the hormone that helps escort sugar into your cells for energy. Without insulin, sugar stays in your bloodstream and causes all kinds of havoc. This is true for every person diagnosed with type 1 diabetes (provided it’s a straightforward case with no complications). If there are no other factors and all other things are equal, giving a type 2 diabetic insulin helps them control their diabetes. Type 2 diabetes is characterized by a lack of insulin.

If you are experiencing persistent sadness, loss of enjoyment of activities you once enjoyed, sleep disturbances, changes in eating patterns, withdrawal from social engagements and difficulty concentrating, you could be going through a divorce. You could be struggling to recover from an illness. Your partner of 40 years could have just died. You could be entering a time of existential questioning brought on by the insanity of the news, the callous lack of connection with fellow human beings that modern-day life demands of anyone who wants to “survive,” the repeated rejection by your own kind. And you could respond positively or negatively to psychiatric medications.

Doctors don’t need to try different kinds of insulin to treat type 1 diabetes. Psychiatrists have somehow legitimized their constant jiggering of psych med doses, combinations and brands as a normal part of treatment while still enjoying the “advocacy” that equates depression with diabetes. Depression is not characterized by a lack of antidepressants because there are so many people who do not feel better and many more still who feel even worse when taking antidepressants. So, in that way, depression is not like diabetes.

Maybe these advocates think that, by attempting to equate mental and physical illness, people in power will be more likely to fund the expansion of mental health services. After all, it would be totally barbaric to deny people access to medical care, right? Any rational person would surely agree that withholding insulin from a diabetic, either by price gouging or simply insufficient access, is cruel; thus, withholding “services” (medication, most likely, and therapy) from someone with a mental health issue is equally cruel.

But what if the “service” itself is cruel? What if the treatment is forced medication or involuntary commitment, exposure to stigmatizing judgment from “professionals” who have sterilized their view of humanity into “normal” and “abnormal” and see their role as “helper” to bring their patients back into within one standard deviation of whatever bell curve of normal they personally subscribe to?

People who equate mental illness with physical illness may also be assuming a certain level of care when it comes to the body that they think that of the mind should aspire to—but Western medicine is often as barbaric as psychiatry. Medicine for the body and medicine for the mind (as this culture practices them) are already similar—they compartmentalize, treat symptoms, don’t take the environment into account, in subtle ways blame the victim for their condition, rely on power and hierarchy, have as their end goal only the perpetuation of themselves (which makes remaining distressed or ill or damaged in some way by society’s definition inevitable, and alleviating suffering impossible).

“Diabetes is like depression” is nothing other than an affirmation of the biomedical model dressed up to seem friendly, which makes it all the more insidious. The biomedical model is based on the assumptions of the Western model of medicine, which has very little idea what causes most of the physical suffering it encounters. This is largely, but not only, because it separates beings into “systems” or “organs” or “parts,” which disregards their most immediate environment (the whole body). Thus, a lot of times, when things go wrong, they are “spontaneous,” “random,” “without cause,” and therefore, without remedy.

When we apply that heuristic to mental and emotional distress, we get the idea of the “broken brain.” If your pancreas can stop producing insulin or maybe never did in the first place because beta cells are dead or malfunctioning, but we don’t know why, then saying “depression is like diabetes” could imply that we don’t know why the brain stops working (i.e., why chemical imbalances happen).

But that’s exactly why we should reject the biomedical model—precisely because it is asking us to accept a) that chemical imbalances cause “mental illness” in the first place and b) that we don’t know why the imbalances happen as if that’s an acceptable explanation for mental and emotional distress.

So, we should stop equating diabetes and depression exactly because it ratifies the biomedical model and is ultimately a defeatist approach to the kind of human suffering we’re calling “mental illness.” We do know what causes “mental illness”—environmental failure. That is, trauma, abuse, neglect and the like—exactly what the Power Threat Meaning framework points to.

We’re not afraid of people with diabetes because diabetes doesn’t inherently make people dangerous. The disease itself is quite dangerous for one’s vessels, heart, muscles and connective tissues. Diabetes can cause irreversible, amputation-worthy damage to extremities, persistent and worsening neuropathy and blindness. Diabetes used to be a death sentence.

In the case of type 2 diabetes, it’s a “lifestyle disease.” Surely, the mental health advocates who claim diabetes is like depression aren’t meaning to say that depression is a lifestyle disease. That would be doing exactly the same thing that they are advocating against: blaming the victim.

Depression is not like diabetes because, if it were, someone would call the cops every time someone’s blood sugar dropped or they didn’t take insulin. The medical system would involuntarily commit people who purposely refused to take “their” insulin and label that refusal as a “symptom” of their disease, thus denying them the right to truly free self-determination.

Doctors wouldn’t “recommend” certain courses of action—like cleaning up your diet, getting regular exercise and keeping stress levels low; they would command their diabetic patients to do whatever increases his bottom line (which definitely wouldn’t be anything free like exercise), call that the “most effective treatment” and construct more and more ways to ensure “compliance” such as digital insulin, which records the dose a patient takes, the time they take it and sends that information in real time to their doctor.

If depression were like diabetes, compelling treatment might actually help: I am not for overriding anyone’s free will, but if societal norms and fears endowed doctors with the ability to compel lifestyle changes in their patients with type 2 diabetes, we might be able to eradicate the condition completely. Doctors do have the ability to compel “treatment” in humans with mental health diagnoses, and I think it’s pretty clear that involuntary commitment makes things worse.

Even the voluntary “treatment” isn’t helping: as James Hill and Michael Ventura said in 1992, “we’ve had a hundred years of psychotherapy and the world’s getting worse.” But diabetics who “voluntarily” change their lifestyle don’t get worse because they start eating healthy, sleeping well and exercising (provided they don’t eat what they’re allergic to and their exercise regimen is appropriate for their level of health).

This is different if we’re talking about type 1 diabetes. If someone with undiagnosed type 1 diabetes eats a full meal, their body doesn’t process that food into the fuel it needs because they are lacking the key to unlock the cell that makes it able to take in that energy (that “key” is insulin). This might sound like a stereotype of depression—where all the necessary “good” inputs are present, but the person still feels depressed. But there are two main problems with this: first, there is a concrete, measurable reason that every person with undiagnosed and thus untreated type 2 diabetes still feels hungry after eating: a lack of insulin. This is always the reason and thus, always the solution.

No such thing could even come close to being said about depression. What is the “right” input for someone with depression? What physical or emotional substance has been identified to alleviate depression the majority of the time if not every time? One has not been identified (nor, just to be clear, has a combination of substances or actions or behaviors).

This is not at all to say that there are no causes of depression—those that want to push back on the question “what have you got to be depressed about?” are unknowingly making the valid point that there are always reasons for things. It just seems like there sometimes aren’t because the treatment system (psychiatry and increasingly psychology) refuses to look anywhere other than one particular mechanism in one particular person’s brain without regard to much else. If you hear that story enough times—that is, if you’re not allowed to look at your family of origin, your childhood, your diet, your country’s economic reality, the ways you experience oppression, what you’re exposed to energetically, socially, physically, chemically, etc., you would have a hard time identifying why you’re depressed, too.

Second, when you give a type 1 diabetic insulin, they are able to get the energy from their food into their cells, thus producing the felt sensation of fullness. There is an identifiable mechanism by which we know and see that insulin works. Yet, it is somehow acceptable in the realm of mental and emotional distress, some severe enough to kill people, for professionals to repeat in psychiatrist offices around the world, “We don’t exactly know what medication or combination of medications will help because each individual is different.” This is nothing more than an appropriation of bio-individuality.

Each individual certainly is different, but if the psychiatrist truly meant that when they say it, they would take into account each of their client’s physical, social and economic environment and realities when attempting to offer solutions, chemical or otherwise. On the whole, they don’t.

Perhaps the only way that depression is like diabetes is that neither depression nor type 2 diabetes has to be chronic, but that the respective mainstream treatment systems still mostly believe they are chronic. Professionals are still trained to help people “manage” depression and type 2 diabetes rather than reverse or eradicate it. The only difference is that the popularity of consigning a human being to chronic-condition status is waning much faster in the medical field (at least in relation to diabetes) than it is in psychiatry. 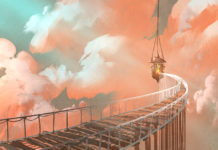