In the first systematic review of withdrawal problems that patients experience when trying to get off SSRI antidepressant medications, a team of American and Italian researchers found that withdrawing from SSRIs was in many ways comparable to trying to quit addictive benzodiazepine sedatives and barbiturates. Publishing in Psychotherapy and Psychosomatics, they also found that withdrawal symptoms can last months or even years, and entirely new, persistent psychiatric disorders can emerge from discontinuing SSRIs.

The authors analyzed 15 randomized controlled studies, 4 open trials, 4 retrospective investigations and 38 case reports of SSRI withdrawal. They found that paroxetine (Paxil) was the worst, but that all the SSRI antdepressants could cause a wide range of withdrawal symptoms from dizziness, electrical shock sensations and diarrhea to anxiety, panic, agitation, insomnia and severe depression.

The prevalence of such withdrawal syndromes was “variable” and difficult to estimate from the studies, they wrote, but generally seemed very common. “Symptoms typically occur within a few days from drug discontinuation and last a few weeks, also with gradual tapering. However, many variations are possible, including late onset and/or longer persistence of disturbances. Symptoms may be easily misidentified as signs of impending relapse.”

“Clinicians need to add SSRI to the list of drugs potentially inducing withdrawal symptoms upon discontinuation, together with benzodiazepines, barbiturates, and other psychotropic drugs,” they concluded. “The term ‘discontinuation syndrome’ that is currently used minimizes the potential vulnerabilities induced by SSRI and should be replaced by ‘withdrawal syndrome’.”

An accompanying editorial noted that, “This type of withdrawal consists of: (1) the return of the original illness at a greater intensity and/or with additional features of the illness, and/or (2) symptoms related to emerging new disorders. They persist at least 6 weeks after drug withdrawal and are sufficiently severe and disabling to have patients return to their previous drug treatment. When the previous drug treatment is not restarted, post-withdrawal disorders may last for several months to years.”

The editorial also stated that, “With SSRI withdrawal, persistent postwithdrawal disorders may appear as new psychiatric disorders, in particular disorders that can be treated successfully with SSRIs and SNRIs. Significant postwithdrawal illnesses found with SSRI use include anxiety disorders, tardive insomnia, major depression, and bipolar illness.”

While the study authors found no difference between gradual tapering over relatively short periods and abrupt discontinuation of SSRIs, the editorial authors argued that there was evidence to suggest benefits to tapering. 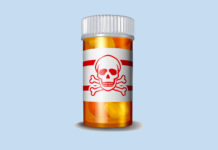