I wonder if you remember my son… you only spent about ten minutes with him, exactly four days after his first suicide attempt. He was eight years old and he tried to articulate for you the terrifying feelings he’d been experiencing by describing a monster that grew inside him. You encouraged him to draw a picture of the monster and to give it a name.

I hung on your every word, because I myself was terrified and had no idea what was happening to my child. You were a highly regarded child psychiatrist, and I looked to you for answers. In tears, I asked you what was happening to him, how to help him. You didn’t really have any answers for me. In hindsight, I know now you did have the answer to at least one of my questions, but in the interests of protecting yourself and your colleagues, you chose not to share it with me.

I asked you if his medication had anything to do with what was happening. My son had been on 50mg of Zoloft for the past six weeks, having been told it would help with his anxiety. You looked at me and said, “There’s no way of knowing; there are too many factors involved.” Too many factors? This was not an abused child from a broken home, whose life was undergoing a major upheaval. This was an eight-year-old boy who suffered from anxiety and who had never expressed suicidal thoughts before.

Despite this, it was you who had advised that he be taken off the drug a couple of days earlier. The prescribing paediatrician, having ignored three messages to call us urgently the previous week, had since learned of my son’s suicide attempt and decided it was time to get in touch. (A few weeks earlier my son had sat crying with his hands around his throat, trying to choke himself in this paediatrician’s office, saying he wanted to die. The paediatrician’s alarmed response was to turn to me and say, “We may need to increase his dose.” These words send a chill down my spine every time I recall them now.)

But two days after his first serious suicide attempt, I was still blindly trusting the medical experts, so I listened carefully as he informed me that he had consulted with you, specifically, about my son’s medication. Our instructions were to give him half a tablet over two days and then stop. “Stop after two days? That doesn’t seem very gradual — are you sure?” I remember asking over the phone. My husband had been on antidepressants several years ago and suffered from a strange dizzy sensation when he forgot to take his daily dose, so I was surprised at being instructed to stop the drug so quickly, but to our everlasting regret, we followed your instructions to the letter.

Over the coming weeks the entire family would all bear the awful consequences of our stupidity, and of course, my son most of all.

I think you knew what was going to happen to him once he stopped taking the Zoloft so suddenly. That’s why you prescribed the antipsychotic, Risperidone, wasn’t it? Throw another neurotoxin into the mix — why not? You psychiatrists do it all the time, I’ve since discovered.

My son suffered horrendous withdrawal, which lasted another six weeks. The times he raged in anguish, trying to hurt himself, trying to escape from us, were the worst. This happened at least once or twice a day. At other times he would just sob uncontrollably for an hour or more, saying he wanted to die. Then there were periods when he seemed totally disconnected and had a vacant, uncaring look in his eyes, when nothing we said seemed to reach him. Seeing that look in his eyes was almost as disturbing as watching him tear at his skin until it bled. Six excruciating weeks of hell, not fully understanding why all of this was happening, desperate to relieve his torment but not knowing how, grieving the loss of the child we knew and who seemed to be disappearing right in front of us. Family members were pointing fingers of blame; everything was crashing down around us; we were driven by fear and panic.

And how did you and your colleagues support us through this nightmare of your creation? Apart from prescribing another neurotoxin, you insisted that we continue sending him to school. At first, we tried to do as we were told. It must have been more than half a dozen times that I was called to come and take him home, some days he only lasted 20 minutes. I would turn up to find him screaming in anguish, restrained by a teacher, or cowering under a desk, shaking and sobbing. His classmates were witness to these scenes, and were no doubt affected by what they saw. One friend whose daughter saw my son trying to stab himself with a pencil in class told me later how upset her daughter had been when she related what she had seen. I tried to explain what happened each time we tried to send him, and still our Child & Youth Mental Health Services (CYMHS) Liaison insisted, “An eight-year-old boy must go to school!” She organised meeting after meeting with the school principal and his teacher, saying we just needed to work with the teachers to come up with ways to support him at school, as though she believed that we just weren’t trying hard enough. Then one morning I got the call to pick him up and found that the school had already called an ambulance. The rumour went around school that my son had ‘gone psycho’. I stopped answering calls from the CYMHS Liaison, quit work and stayed at home to look after him as best I could.

You and your colleagues’ failure at every turn to acknowledge that the drug he was prescribed was the cause of my son’s suicidal behaviour is something that I will never forgive. You knew, and by withholding that information, you allowed us to believe that our child was in the throes of a serious mental breakdown, that he had something wrong with his brain, that there was little chance he would recover and that he faced a life in and out of mental institutions, a life with little chance of happiness. You took away any hope that our clever and thoughtful son would ever be himself again. The callousness of your actions still astounds me.

Well, our son did recover. There is nothing wrong with his brain. He is himself again, gradually learning to deal with his anxiety but able to laugh and take pleasure in life again. He started a new school, made new friends, and this year was accepted into a special class for gifted and talented students. For this remarkable recovery to happen we had to discover that you and your colleagues in the medical profession either knowingly lied to us or were simply ignorant of the fact that SSRIs can cause suicidal behaviour. Both are inexcusable, because the evidence has been around for more than a decade. I have read books and articles by Robert Whitaker, Dr. Joanna Moncrieff, Gwen Olsen, Dr. Peter Goetzsche and Dr. Jon Jureidini among others, and learned from them the truth that you tried to deny us. I have read the heartbreaking stories of mothers who weren’t as lucky, and whose children committed suicide while on these drugs.

And yes, once we understood how cruelly you had failed us, we submitted complaints through the recommended channels, only to be told that you were all cleared of any wrongdoing. You were deemed to have ‘fulfilled your duty of care’. I called a lawyer to see if we could sue, but was told that since my son did not suffer permanent damage, we would have little hope of winning. Maybe he carries no physical scars from the intense trauma you inflicted on us, but the emotional scars are permanent, and borne by the entire family.

So there is no avenue open to us of holding you accountable for what you put us through. But I want to add my voice to all the others out there who have suffered at the hands of arrogant doctors like you, in the hope that one day you and the poisons you dole out on a daily basis will be exposed for what they are. 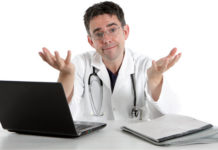 Zoloft Does Not Improve Depression, Even in Severe Cases, Study Finds