In October 2016, a reporter from the Brisbane daily newspaper, the Courier-Mail, rang me to ask for my opinions on ECT. He was writing an article and had already contacted several private hospitals who use it extensively, so he wanted some views to balance theirs. I told him that in 40 years of practice, mostly in public practice and much of it in the roughest and toughest parts of this country, I haven’t used it and don’t believe anybody needs to. I said it was dangerous as it could severely affect memory and cognition; it should not be used in children (under 16); it wasn’t based in any proven model of mental disorder and, above all, it was unnecessary. If I could manage over 15,000 consecutive, unselected public patients in a wide variety of settings, very often working completely alone, without once using it, so too could all the clever professors and suave private psychiatrists in their luxury towers in the city. The major impetus for ECT, I said, could only be financial as it wasn’t clinical. I didn’t see the article when it came out and forgot about the interview.

Six months later, I received a complaint from the local branch of the Royal Australian and New Zealand College of Psychiatrists alleging that I had “denigrated and disrespected the profession” and could have spread “anxiety, stress and fear” among patients and their relatives. There were other minor objections but I have not been permitted to see the complaint. The complainant was anonymous so they can’t be cross-examined and I do not know who is on the committee. These little quibbles aside, the opacity of the process so far is fairly consistent with the policies of the RANZCP regarding “transparency and accountability.” This article is a precis of my response to the complaint, which has been rewritten for MIA (here; all the references are in the link).

Just as background, I graduated in psychiatry in 1977 and have practiced full-time since. I’ve worked in prisons, veterans’ hospitals, general hospital units and in community clinics; in public and in private practice; in cities, small towns, and in some of the most remote parts of the English-speaking world. I’ve always worked with the unemployed and pensioners, immigrants and refugees, Aboriginal people, and the military, and have a strong interest in concurrent mental and physical conditions. At night, I write troublesome papers on the application of the philosophy of science to psychiatry. My conclusions are radical but that’s not my problem. When it comes to the theoretical status of psychiatry, I don’t defer to anybody.

The question of whether ECT is based in a formal, articulated, publicly-available, tested model of mental disorder with proven predictive power is a no-brainer: it isn’t, because there’s no such thing. Despite a busy program of disinformation, modern psychiatry doesn’t have a model of mental disorder. The different convulsive techniques developed in the 1920s and 30s were based in little more than myth, and their history is appalling. People are sometimes surprised to learn that medical students and trainees in psychiatry (residents) are not taught the history of psychiatry, but this is because it’s so bad it would probably put them off completely. Simply, if ECT were invented today, it would never be approved.

Does ECT cause brain damage? When convulsive techniques were invented in the 1920s, that was its original justification so it seems rather silly to argue that it doesn’t. It can have severe and very long-lasting effects on the memory, and there is a substantial literature on its side effects. Peter Breggin has detailed this for decades but psychiatrists who use ECT never read his work. Would broadcasting its risks in public cause “anxiety, stress and fear” among patients and their relatives? Only if they had already been told that ECT is safe, effective and has practically no side effects, that it is, as one psychiatrist enthused in the article, a “healthy alternative to medication.” If you look at how bad the drugs are, that could possibly be true, but remember that ECT isn’t the only alternative. Orthodox psychiatry maintains the narrative that ECT is essentially an emergency procedure to prevent impending suicide, but it simply isn’t true. In Norway, ECT is used only in certain centres, and there is often a waiting list of up to 8 weeks.

Did I “disrespect and denigrate” the profession? I would have thought the profession does a pretty good job of that itself but let’s look at the facts, because facts have no emotion. We’ll start with the very simple fact that, in many parts of the world, ECT is hardly used. It is a fact that psychiatrists in Australia use ECT much more than most other countries. The US also uses a lot of ECT, roughly the same rate as Australia, but New Zealand, which is as like Australia as Massachusetts is like Connecticut, uses only about one sixth as much. Don’t forget that Australian and New Zealand psychiatrists train in and belong to one and the same specialist college. Any difference in ECT usage does not come from differences in training. I believe there is a reason for this discrepancy and we’ll come back to it.

Britain uses ECT much less than Australia: the state of Queensland (Qld, population 4.8 million) uses almost as much ECT in one year as the entire English National Health Service, which serves 53 million people. Qld uses ECT about 5,000% more than Poland, and 6250% more than Italy, where it was invented. Since the passage of the Basaglia Law, Italy has 91 centres licensed to use ECT but in 2014-15, only 14 did so. In the 20 years from 1994-2014, in the northern Italian province of Pavia (pop. 550,000), just four people received it, meaning Qld uses ECT a staggering 135,000% more than those lazy Lombards.

This raises some very serious questions about ECT usage in this country. It is difficult to obtain accurate figures because they are pooled within each state, but it appears that the great bulk of ECT is given in private hospitals. This is consistent with the pattern in the US, where the median ECT patient is an “elderly, wealthy, white woman.” This surprised me as I had expected state hospitals to use more of it to save money, but here is the crunch: in Australia, and almost certainly in the US, there are very powerful financial incentives for private psychiatrists to admit paying patients to private hospitals and give them ECT. In simple terms, they are paid more, so Smith’s “hidden hand” of capitalism trumps “clinical indications” (as Gary Greenberg said, “Who needs conspiracies when we’ve got capitalism?”).

In Brisbane, and I’m sure in every other city in this country, a psychiatrist can easily make $500 an hour or more from giving ECT. The most I can earn in my government funded private practice for using psychotherapy in place of ECT is $150 an hour. From that sum, I have to pay my office rent, staff costs, insurance and so on. This means I don’t make a lot of money, certainly less than government psychiatrists who have an easy life, and far less than all the psychiatrists who crowd into the private hospitals. Does that make me an idiot? Don’t answer.

In Qld, ECT is a $53 million a year industry. It keeps the private hospitals afloat, keeps lots of psychiatrists afloat (on their yachts) and diverts precious mental health dollars from where it is needed, e.g. support services for working class people, to wealthy people whom my figures show mostly don’t need to be in hospital anyway. In my practice, the sorts of people who are admitted to private hospitals in need of urgent ECT are managed as out-patients at approximately 1.5% of the cost of a five week admission to hospital for ECT. I suggest this is why Qld uses ECT at 600% of the rate of psychiatrists in New Zealand: psychiatry in NZ is almost exclusively a government specialty. In the land of the Kiwis, there are practically no private psychiatrists and thus no means for them to leverage their skills from $150 an hour to $500.

In two hospitals where I was appointed chief psychiatrist, ECT was in use before I arrived. It stopped for the duration of my appointments, then resumed some time after I left. In each case, the admission rate went down, the average duration of stay in hospital dropped, and the bed occupancy rate halved. I argue that it is possible to practice psychiatry without using ECT, and thereby to make very substantial savings in psychiatric practice.

In the English-speaking world, ECT is actually making a comeback. There is a reason for this, and it lies in the decades-long program of “dumbing down” psychiatry. Modern psychiatrists are taught that all mental disorder is biological in nature, but this isn’t a model of mental disorder—it’s an ideology. As a result, today’s psychiatrists aren’t taught psychotherapy, which means that when they get a complicated patient, they don’t actually know what to do. They haven’t got a model that tells them what is going on in the patient. Thus, they very quickly reach the limit of their skill set and have no option but to reach for the electrodes. A psychiatrist who says, “You need ECT” is really only saying, “I don’t know what else to do.”

I will repeat: No psychiatrist needs to use ECT. The psychiatrists who complained about my comments in the ECT article know this but, because they make a very handsome living from giving ECT to as many patients as they can, they don’t want my views broadcast. Suppressing contrary views is not science—it is charlatanry. 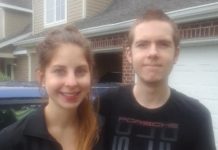