For several years, I have thought it important to illuminate the authoritarian nature of mental health professionals—especially those who have not rebelled in any way against their professional socialization. In this article, I will summarize a compelling analysis from the Journal of Medical Ethics on the variables in “contemporary medical culture” that produce doctors who are authoritarian and harmful. First, however, some definitions and my personal observations.

Authoritarian is defined as “relating to, or favoring blind submission to authority.” Authoritarians with power demand unquestioning obedience from those with lower rank, and authoritarian subordinates comply with all demands of authorities.

In February 2012, Mad in America published “Why Anti-Authoritarians are Diagnosed as Mentally Ill,” my personal observations on mental health professionals’ authoritarianism and how this results in harm for their patients. (This article was republished on other web sites with titles such as “Would We Have Drugged Up Einstein? How Anti-Authoritarianism Is Deemed a Mental Health Problem.”) No other article I’ve published has resulted in more emails (which I continue to receive), the majority from people reporting feeling validated and believing their anti-authoritarianism—or their child’s—has resulted in mental illness diagnoses.

In that article, I simply reported my observations about how the selection and socialization of mental health professionals breed out anti-authoritarians. I noted that gaining entrance into graduate school or medical school and becoming a psychologist or psychiatrist require much behavioral and attentional compliance to authorities, even to those authorities that one lacks respect for. I pointed out that those with extended schooling have lived for many years in a world where one routinely conforms to the demands of authorities, and it was my experience that most psychologists and psychiatrists are not only extraordinarily compliant with authorities but also unaware of the magnitude of their obedience. I concluded that noncompliant patients create enormous anxiety for authoritarian doctors, and that this anxiety along with doctors’ shame over their own excessive compliance can fuel harmful diagnoses and treatments.

While researching my current book Resisting Illegitimate Authority, I came across a July 2012 Journal of Medical Ethics article titled “A Long Shadow: Nazi Doctors, Moral Vulnerability and Contemporary Medical Culture,” authored by Alessandra Colaianni. While Colaianni discusses how doctors in Nazi Germany enabled Nazi atrocities, she makes clear that “contemporary medical culture” also enables harm. I briefly mention Colaianni’s article in Resisting Illegitimate Authority, but I thought that Mad in America would be a good place to provide a more detailed summary of her analysis.

Colaianni begins by reporting, “More than 7% of all German physicians became members of the Nazi SS during World War II, compared with less than 1% of the general population. . . . By 1945, half of all German physicians had joined the Nazi party.” Colaianni points out, “Physicians joined the Nazi party and the killing operations not at gunpoint, not by force, but of their own volition” (there is not a single reported case of a physician who was shot, incarcerated, or penalized in any way for refusing to participate in the killing operations).

Hierarchy and Socialization: “Medical culture is,” Colaianni concludes “in many ways, a rigid hierarchy.” The essence of authoritarianism is unquestioning obedience, and Colaianni points out, “Those at the lower end of the hierarchy are used to doing what their superiors ask of them, often without understanding exactly why. . . . Questioning superiors is often uncomfortable, for fear both of negative consequences (retaliation, losing the superior’s respect) and of being wrong.”

Career Ambition: Colaianni notes: “Becoming a doctor requires no small amount of ambition. . . . The stereotypical pre-medical student [is] ruthlessly competitive, willing to do anything to get ahead.” She notes that “there is a fine line between being motivated to succeed and being willing to compromise one’s integrity to attain success.” My experience is that for psychiatrists in training, even if they have trepidations about harmful “treatments” such as electroshock (ECT), they recognize that a refusal to administer ECT can threaten their career. The sad reality is that for many doctors, career ambition—and an accompanying compulsion to please authority—trump their moral apprehensions.

The ‘License to Sin’: Colaianni points out, “Physicians and even medical students are allowed to perform actions that, in other contexts, are taboo.” She reports how, in medical school, she and classmates “dissected the cadaver of a 98-year-old woman, cutting her muscles apart with scalpels and cleaving her bones with a saw.” This “license to sin,” she concludes, can result in harmful arrogance.

Inflicting Pain: Colaianni notes: “Doctors must become comfortable inflicting transient pain and discomfort on their patients for their own benefit in the form, for example, of stitches and biopsies.” Becoming comfortable with inflicting pain can lead to, Colaianni points out, “doctors who do not worry enough about whether they are hurting their patients.” This results in, for example, the overutilization of dangerous and sometimes necessary procedures and treatments.

Medical Terminology and Euphemism: Colaianni notes how medicine and scientific researchers use language that protect them from the realities of suffering. “Scientists use euphemisms and the passive voice in journal articles . . . writing ‘the animals were sacrificed’ at the end of the experiment is less jarring than admitting that ‘I killed 20 mice by holding their necks and pulling their tails until their spines snapped’.” Euphemisms also provide doctors with self-deceptions and deceptions to patients about truths that, when clearly stated, reduce doctor authority; she gives these examples: “We routinely use the words ‘idiopathic’ or ‘cryptogenic’ to mean ‘we don’t know,’ and ‘iatrogenic’ or ‘nosocomial’ to mean ‘we caused it’.”

Detachment: Colaianni discovered that “the medical profession requires unflappability in the face of things that others would consider disgusting, horrific, or otherwise overwhelming.” She reports being warned against getting too emotionally invested in her patients; and she was taught to have a clinical detachment or ‘detached concern, which means “showing empathy and caring, but not so much that you burn out emotionally.” Colaianni reports, “It is well documented that medical students become less empathetic and even less ethical as we progress through medical school.”

While there are doctors such as Colaianni who have angst over their professional socialization, many do not. 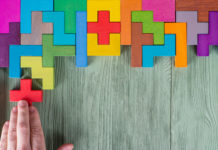 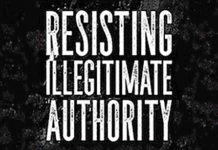