Heather was raising her 12-year-old grandson, who suffered from trauma, depression, anxiety, and agoraphobia. There were days, many days, when he felt so debilitated that he refused to attend school. Heather met with the district’s special education director to construct a school plan. She enrolled him in psychotherapy. But he still would not leave the house. She did not know what to do.

Because his school refusal violated compulsory attendance requirements, Heather and her grandson were referred to juvenile court and the child welfare system. The referrals made matters worse, throwing Heather and her grandson into a whirlwind of worry and confusion. “To try to wade through the system is impossible,” she said, “when you have absolutely no idea what’s available, what the next step is, or what they are talking about. It’s like everyone is speaking a separate language. Nobody tries to help you understand.”

Sophia, a young, low-income Puerto Rican mother, faced similar difficulties procuring school services for her son, who had been diagnosed with autism and attention-deficit/hyperactivity disorder (ADHD). Her son attended a school with a high proportion of high-needs students, and the school, wary of its limited budget, refused him special services. The staff characterized his restlessness, lack of attention, stuttering, and occasional outbursts as bad behavior rather than signs of disability. As a consequence, as early as kindergarten, he was suspended from school.

The suspensions and conflicts quickly cascaded into additional problems for the family. “Sometimes I would go to work,” Sophia said, “work for an hour, and then the school would call. They’d say, ‘You need to come pick up your child now.’ I was constantly needing to leave work to take him home. And it would take one and a half hours for me to get to his school on the bus. It got to the point that with all the suspensions, he would not be in school for weeks. I ended up quitting work because I was paying a lot of money for daycare for my other child and I wasn’t making up the money. The whole family was struggling.”

The principal insisted her son needed medication and could not return to school without it. His therapist advised against it. The principal threatened to file a report of child abuse and neglect, saying Sophia was ignoring school recommendations and was neglecting her son’s medical needs. Frightened, Sophia demurred, unaware that federal law prohibits schools from requiring students to take medication. The principal would, or should have known, but seemed to surmise that she could flex her institutional muscles—and get away with it.

I profile Heather, Sophia, and other families in my book, Parents Under Pressure: Struggling to Raise Children in an Unequal America. The book documents the various obstacles parents encounter when trying to secure adequate educational, medical, psychological, and social supports for their children. Parents confront what sociologist Linda Blum terms “dense bureaucracies”: decentralized, fragmented, and underfunded systems that are difficult to navigate. Since their inception, the various service systems—whether they be mental health, disability, welfare, or educational—have been stitched together in a piecemeal fashion, with no mechanisms in place to guarantee comprehensive and coordinated coverage. For some services, shortages of practitioners lead to long waitlists.

Parents must spend precious hours researching options and scrounging for help. For families with children requiring high levels of care, the burden can be excruciating. “Those families are spending 100 percent of their time caring for the child,” according to Ruth Levy Guyer, a medical ethicist and author of Baby at Risk. “And yet they have to go out and find special schools, special equipment, and special medicine. Every request involves paperwork and phone calls. You need a guide through this, but that’s rare. It is so draining.”

Expertise is also spotty, as Heather would find. “The therapist was a lovely, young person,” she said, “but she was out of her league. She sat there telling my grandson, ‘You need to talk to me, you need to tell me what you’re thinking.’ And he wouldn’t say a word. She gave me advice instead. I’ve raised four kids. It was useless.”

Parents of color face the stiffest barriers. Stark disparities exist in the types of services and interventions offered, with the most judgmental and punitive responses leveled at families of color. Research studies validate that black and Latino students are overrepresented in disciplinary actions, both in and outside of school, and underrepresented in gifted and talented education programs. Educational, judicial, and mental health professionals more often label their difficulties as behavioral or conduct problems rather than other forms of disability, restricting access to treatment.  In her study of mothers raising children with invisible social-emotional-behavioral disorders, Blum found that parents who were low income and of color were also more likely to be scrutinized by child protective services and even lose custody of their children.

As a consequence of their cumulative burdens, parents of children with special needs experience higher rates of anxiety, depression, and marital conflict than the general population. They often suffer financial hardship and need to cut back on work to meet demands.

Transforming service systems so that they support rather than stymie families will require a multi-pronged approach:

The current system, which requires families to search out and receive services from multiple agencies and entities, is cumbersome and inefficient. Rather than viewing different agencies and services as silos, more consideration needs to be given to how to integrate and streamline them.

As a first step, agencies should look at the impact of the current systems on families and should restructure their services to encompass a holistic approach. Families’ needs should not be considered individually, with a separate service applied to each. Instead, a family’s full circumstances must be considered. Barriers to treatment that might occur because of finances, transportation, or racial background must also be addressed. Reducing bias in the service sector by understanding the unique circumstances of different families and offering tailored and equitable treatment is also a necessity. Low-income families and those of color would be better served by and less distrustful of a service system that was more accessible and less judgmental.

The human service field is rife with factors that work against the development of an experienced, knowledgeable workforce who can understand and address a large variety of complex needs. Wages are low and turnover considerable. Agencies serving low-income populations or those with complex needs are more often staffed by recent graduates with little training rather than those who have spent decades in the field. Often, those new workers also lack opportunities for sufficient guidance. Lean budgets lead to high caseloads and leave fewer funds and hours available for training and supervision.

When workers are not allocated the basic tools to manage their lives and work, they cannot perform well. In fact, inexperienced and unsupported workers are more likely to show bias and react punitively to families. As Linda Dugas, a social worker with over 20 years of experience in the field of adoption noted, “When a family experiences trouble or an intervention doesn’t work, some caseworkers can feel angry because of their sense of responsibility and guilt. And some take it out on and blame the family.” The human services field needs to provide sufficient wages, benefits, training, and support to attract workers and specialists and encourage them to stay in their jobs so as to gain the necessary expertise.

The development of new techniques and ideas are undermined when stringent budgets cut time and resources for thought, supervision, research, and experimentation. In human services, like other complex fields, the work proceeds in fits and starts, with tinkering and tweaking. Yet unlike other disciplines, human services are rarely provided sufficient money to innovate and create new programs. Often streams of funding are available only for narrow purposes, thus squelching the ability to flexibly adapt programs to the ever-changing needs of the populations served.

Many services and treatments are developed in contexts that are different from those in which they are applied. The development and testing of new techniques generally occur in universities or clinics serving urban populations. Funding decisions for the mental health system are made in state capitals, which tend to be urban and relatively wealthy. However, families— as well as the regions in which they live— differ so greatly in terms of needs and resources that a one-size-fits-all philosophy can never work. The end result is that poorer and more rural populations often find themselves particularly short of services and expertise. More funds and decision-making needs to be directed to small communities to set up the types of services that would best benefit their populations.

The current difficulties families face in procuring services hurt not just them, but everyone. When agencies cannot meet families’ needs, children and parents fall further into adversity, putting pressure back on already overwhelmed schools, mental health services, child welfare, and other institutions. Resources become slimmer, and more families face hardship and frustration. In this way, difficulties perpetuate in a never-ending cycle. Unless the problem is addressed, families, human service agencies, and society as a whole will find themselves in deteriorating circumstances. 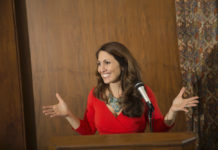