Every few months I take in a “grand rounds” presentation in psychiatry to get a feel for what’s going on in the medical education of future psychiatric practitioners. (Grand rounds are a type of medical education lecture that often presents a “case study” of patients and their treatment.) Some say we’re turning a corner in the way psychiatry treats people, and I want to be hopeful that it’s true.

The topic this time was a relatively new “psychiatric access” project. I initially thought it might be about getting appointments for mental health services more efficiently. That might or might not be a good idea depending on the type of service to be accessed. But it turned out that it was actually a phone consultation (usually of about 15-20 minutes) between primary care physicians and psychiatrists. Primary care doctors are most definitely in the mental health business. For example, they account for 60-70% of the antidepressants prescribed in the US. There is no doubt that they often feel overwhelmed and under-resourced, especially for the more “complex” patients.

So the phone consultation would seem a welcome addition–something to make them more confident about their approach to mental health problems encountered in their clinics.

The grand rounds presentation included several case presentations to illustrate the use of this consultation line. The first example was an eight-year-old boy who had been in a residential program out of state. The pediatrician was rightly concerned because the boy was on 6 different medications including guanfacine, clonidine, fluoxetine, atomoxetine, risperidone, and dextroamphetmine. These drugs were prescribed for three diagnoses–ADHD, PTSD and separation anxiety. My first reaction was shock.  While the subject of this part of the presentation was “Polypharmacy,” this seemed a generous understatement. I hoped for outrage at such a barbaric and harmful combination of drugs. I expected there to be a dramatic account of how this boy’s drug regimen needed a complete overhaul with an extremely careful deprescribing intervention beginning immediately. But that was not the message. There was no outrage. Instead, the presenter casually acknowledged that there were reductions in dosage and some change in medications needed.

Perhaps the nature of the short consultation, offered via telephone, precludes a more comprehensive treatment recommendation, or any regular arrangement for follow-up. However, if that’s the case, what’s the point? If all the “service” can offer is a shallow, quick overview, how does that help doctors care for patients in all their complexity?

Another case presented to illustrate the value of the phone consultation was that of a 30-year-old man living with his parents. He was on lithium for a bipolar diagnosis, but he was also on risperidone. One of the concerns was his weight (and the presenter expressed some concern about “symptoms needing more control” though he was not apparently in crisis). So the recommendation was to make minor adjustments in lithium and switch from risperidone to aripiprazole or quetapine. Again, perhaps it is a constraint due to the brevity of the consultation, but the entire focus was on medications. Is that the only factor at play? Shouldn’t even a bare-bones psychiatric call at least ask about some contextual factors? Why does this 30-year-old still live at home? Does he have a job? Are there alcohol or drug issues involved? Does he have anything other than symptoms—any strengths, any hopes for recovery?

In response to critics of psychiatry, doctors sometimes argue that medication is just a part of care, not everything. But if a grand rounds presentation intended to educate the profession doesn’t mention anything at all except medication, what are we teaching young therapists and doctors?

To the project’s credit, the presenter mentioned, though superficially, informed consent and quality improvement standards. The presenter mentioned the possibility of trauma being involved, though the estimate was that only 51% of the candidates for the consultations would have experienced it. These aspects of treatment could certainly be highlighted much more strongly than was apparent in this grand rounds presentation.

I was reminded of a comment someone very close to me, an orthopedic surgeon, made about psychiatrists. His assessment was that psychiatrists don’t function like real doctors, but they try to act like doctors. It felt a little harsh at the time, but this kind of “tinkering with meds” project suggested just that. Unfortunately, other physicians may defer to those with more specialized training—even when the psychiatrist is diagnosing over the phone, without a full grasp of the life context of the human being in the office. The “psychiatric access” project being described was no more than a quick medication consultation being done without even listening to the patient’s wants or needs, reducing their life to an unproven chemical imbalance.

Sadly, I’m not any more optimistic now about turning that proverbial corner from the medical paradigm to one that offers an evidence-based, humane and respectful interaction with our patients. 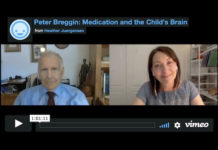 Medication and the Child’s Brain 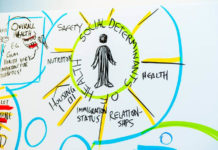 Enough is Enough Series, #5 – The ADHD Fiction is Exposed. The French Have Got this one Right.