Four years ago, something happened that turned my life around and fundamentally changed my beliefs about mental illness.

I’d always grown up fearful that the depressive illness that had caused my dad to kill himself when I was 12 would someday visit me. I’ll never forget the day in July of 1976 when my mum and sister unexpectedly turned up at my friend’s house. “Daddy’s done it,” I remember my mum saying. She didn’t have to say any more.

Of course, we all cried at his funeral. But there was relief, too. For a few years, he had sat in a room doing nothing. My older siblings tried to shield me from the reality that, at age 56, my dad no longer wished to live. I overheard conversations in which he would speak of this, and my childish brain simply could not understand his reasoning. Why didn’t he go on holiday, take up a new hobby? How could anyone simply not want to live anymore? These thoughts masked my deeper fears which went unexpressed as a child and only surfaced as an adult in therapy sessions. Surely my dad wishing to end his life must be a reflection of the fact that I didn’t mean very much to him. Did that mean, then, that perhaps I was unloveable?

My dad’s decision to end his life remained unfathomable until the same thing happened to me many years later. But it wasn’t depression that caused this. I’m one of the 1% of people who have a severe adverse drug reaction to antidepressants, causing sufferers to become instantly suicidal.

At age 48, I was suffering sleepless nights while going through a divorce, and like many in my situation, I was persuaded that I needed an antidepressant. Within hours of taking the escitalopram (Lexapro) along with mirtazapine, I was in a trance-like state. I started to have intense akathisia, an agonising condition where you can’t sit still. This is a sign that you are in a dangerous state of drug toxicity. Two days later, I was totally delirious and hallucinating wildly. I became convinced that I had killed my children, and that I was being filmed for national TV. Although I have no recollection of this, I took a kitchen knife and lacerated my arm.

I ended up in one of London’s top private psychiatric hospitals. When I was first interviewed, I insisted that I had a suicide pact with God and that there were cameras in the ceiling. Luckily, even in my deluded state, I recognised that it was the Lexapro that was making me ill. I asked not to take it and two days later I was better. The problem was that the doctors didn’t believe it was the pill that made me ill. They diagnosed psychotic depression, insisted I remain an inpatient under threat of section, and also insisted I take more antidepressants and antipsychotics.

The results were devastating. I never became psychotic again, but soon I began to be seized with an inexplicable desire to kill myself. I was unable to sleep or concentrate. I was forced to attend therapy sessions, but I couldn’t sit still because once again I had akathisia (although at the time I had no idea what this was). I remember experiencing possibly the most frightening descent a human being can experience: extreme emotional numbing. Suddenly I was unable to converse with people because I had no empathy. Music and films meant nothing to me anymore. And the worse thing was that I was unable to feel love for my children, Lily and Oscar.

After three weeks, I was allowed to leave the private hospital on the condition that I return for weekly appointments with the main psychiatrist. As my condition worsened, he became convinced that I was suffering from treatment-resistant depression.

Two months after I left the hospital, he prescribed the antipsychotic olanzapine on top of the antidepressants I was already on. I started binge eating, put on vast amounts of weight and was soon so ill I was unable to leave the house. I started to self-medicate with drinking and cigarettes to try to quell the monster of akathisia. Within a period of a few months I went from being a career-driven, high-achieving supermum and fitness fanatic to a total mess, wandering around the house in an old dressing gown, chain smoking, drinking and drooling.

My children started to hate me, and only wanted to be with my estranged husband who had to move into the house to look after me. Soon I moved out of the family home because I couldn’t bear the look of hatred on their faces. Their mum had become a dribbling monster unable to love them.

After a year of being given more and more drugs, including lithium along with a diagnosis of bipolar disorder, I was about to end my life. I’d lost everything. A day came, in September of 2013, when I was planning to throw myself under a train. Then I caught sight of myself in the mirror: my hair unwashed, face bloated from the drugs, eyes glazed and sores around my mouth. Although my brain was too addled to even be able to dress myself, it could just about remember the two most important people in my life. An image appeared of my children’s faces at my funeral. They were almost the same age that I had been when my father died.

It was this memory that caused me to turn to the woman from the Home Treatment team, who was visiting to make sure I took my pills, and ask her to take me to the local hospital. By this time my insurance had run out so I couldn’t go back to the private hospital.

When I was interviewed by the psychiatrist at the mental health unit, I said the words I knew would get me sectioned. “I’m going to kill myself,” I said.

They made a decision that saved my life. They took me off all five antidepressants and antipsychotics. I went into agonizing cold turkey. I was sweating, screaming, and shouting, sometimes unable to stand up. Then, after four weeks, something miraculous happened. I was completely better.

The process of recovery in the following weeks was magical. I remember being moved for the first time by a piece of music. Being able to concentrate on a film. Chatting and laughing with other patients at the hospital. And I’ll never forget looking into my children’s eyes and being able to feel love for them again.

Once I came out of hospital after six weeks, I began the process of putting my life back together. Within weeks I went back to work, started training for a half marathon, and got a house for me and my kids who immediately recognised that I was better.

Not everyone agreed, however. Persuading the rest of the world that it was the drugs that had caused me to become suicidal, rather than depression, has been an uphill struggle.

Friends and family advised me to keep my head down, pretend the whole incident hadn’t happened and just put it behind me. But the more I read up on the subject, the more incensed I became—not just about what had happened to me, but to others who had lost lives to these drugs.

I decided to make a film, and write a book. When I began, exactly a year ago, I had no idea of the extraordinary discoveries I was about to make. There were big pharma cover-ups, hidden trials, stories of terrible tragedies and compelling evidence that antidepressant-induced psychosis is behind some of the world’s worst killings.

But there was also a revelation that helped me understand my father’s suicide, and completely changed my beliefs about mental illness.

I discovered that many experts believe that the inability to tolerate antidepressants can be genetic. Suddenly I had an insight into why my dad decided to end his life in 1976. I learned that, like me, he was on antidepressant medication. It seems highly likely that his illness could have been entirely caused by side effects of medication, just like it was with me.

Talking to other family members revealed that they too had become mysteriously ill after taking similar medications. For example, my niece started hallucinating and couldn’t leave the house after taking an anti-anxiety pill. Another family member took an antidepressant and had to stop taking it immediately because he felt so strange.

I’ve since talked to many people who have experienced similar instances of suicides running in families. I also discovered that there are over 100 drugs that have suicidal side effects, including some anti-smoking drugs, some anti-malarial medication and some acne medications. I’ve concluded that it might not be mental illness that is handed down through generations. Maybe it’s a familial gene that makes people unable to tolerate medication and causes them to become suicidal.

This surely has some very big ramifications for our understanding of mental health. Since publicizing my story and starting a campaign, I’m often contacted by people who have started to wonder whether their loved ones killed themselves because of medication. I hope I’m able to explain to them from my own experience that if you are suffering akathisia or drug toxicity, the drive to end your life is inexorable. You are quite literally being tortured—which is why, I guess, so many sufferers make an impulsive decision to end their lives by seemingly inexplicable actions such as jumping under a train without leaving any note or explanation for those closest to them.

One of the hardest things was trying to explain to my kids, who are now age 14 and 15, that the drugs had brought me to the point where I was about to end my life. I had to tell them because it was in my book, which they said they were going to read. The conversation ended with all of us crying and hugging each other. Because we have traveled this journey of discovery about the side effects of medication together, I think they truly understood that my desire to end my life wasn’t a reflection on them. My opponents were a combination of five antidepressants, antipsychotics and mood stabilizers—with my DNA and inability to tolerate these medications, I had no choice.

Of course, I now think very differently about my father’s death. I no longer blame him for leaving me, and I’m no longer fearful that the “black dog” that blighted his life will visit me or my kids. Instead, I know for sure that antidepressant medications (and probably some other drugs) would take me to the same point of wanting to end my life in a very short space of time. And I’ve told my kids that there is a strong possibility it would be the same for them. 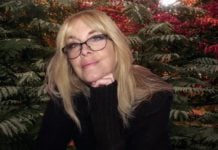 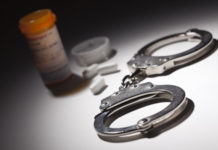