Biochemical psychiatry is now moving in an unfortunate, potentially dangerous, yet predictable direction. It is turning to psychedelic drugs.

Michael P. Bogenschutz, MD writes about this in a recent article in the Psychiatric Times, published April 20th, 2017 and titled “Innovative Strategies for Addressing Substance Use Disorders: The Classic Hallucinogens.” This is how it begins. Dr. Bogenschutz presents himself as simply open to changing the status of hallucinogens for research, which was “prematurely dropped over 40 years ago.” He concludes that “they meet medical standards for safety and efficacy.” Most of the ‘research’ has been for off-label uses, which is of course illegal. He suggests making it legal. It sounds so reasonable, calling for patients to be carefully screened and prepared with appropriate safeguards. He writes, “Taken as a whole, the evidence suggest that classic hallucinogens may hold considerable promise in the treatment of substance use disorders.”

It all sounds so very scientific, thoughtful and reasonable. How could one object? In the language of psychiatric brain diseases, alcoholism and substance abuse are called disorders — “cocaine use disorder” (I love that one). The intent is to portray them as brain diseases which calls for a biochemical cure. But they are not ‘disorders.’ Alcoholism and substance abuse are addictions, which requires a human approach. So the plan is to treat an addictive drug problem with more drugs. The article is filled with technical chemical analyses of LSD, psilocybin, DPT, mescaline, and DMT, which gives a false gravitas to the drugs issue — such intimidating knowledge and expertise.

‘Evidence based’ research is accepted as the gold standard for pharmaceutical psychiatry. I have shown the fallacy of this kind of spurious evidence for antidepressants (see “Bad Science Creates False and Dangerous Beliefs”). These studies proved nothing. But it is guaranteed that the ‘evidence’ from future research will show effectiveness for the hallucinogens. They will be added to the list of antidepressants, amphetamines, benzodiazepines, and antipsychotics. Furthermore, it will soon be shown that hallucinogens are now ‘safe,’ with minimal side effects, no habituation, no addiction, and no problems with withdrawal. None of this is true for the above mentioned pharmacy.

The effectiveness of poly-pharmacy has increasingly shown itself to be specious, yet the belief system of the pharmaceutical psychiatry has gained ascendancy and taken hold. Now they are running out of new drugs to try. And so they want us to be open minded and extend the false belief system to these dangerous drugs, with the idea that this is a good thing. Let’s not be closed minded so we can go from the frying pan into the fire. Real psychiatry is no longer being taught. With no alternative model, where will we turn?

The real eventuality is to capitalize on the opioid crisis and alcoholism. This is a good way to open the door to hallucinogens. In truth, Dr. Bogenschutz is really advocating hallucinogens to treat all psychiatric conditions: “Early-stage clinical trials of psilocybin or LSD for obsessive-compulsive disorder, anxiety, and depression associated with a life-threatening cancer diagnosis, major depression, tobacco use disorder, and alcohol use disorder have recently been published.” He suggests, regarding ketamine: “The discovery of its short-term antidepressant effects has generated much excitement, and it is now seeing significant off label use for treatment-resistant depression.” The article sounds so reasonable — it mentions that there are dangers, but says they are exaggerated.

The experiences of the 1960’s and 1970’s correctly showed the destructiveness of these drugs. In the 70’s, the psychiatric wards were full of psychedelically induced schizophrenia. I was there. In general, the use of hallucinogens had a devastating effect on American culture, one which we haven’t fully recovered from to this day. A lot of lives were ruined. Research on hallucinogens was not dropped prematurely, as if from inappropriate fear-mongering, as this article implies. It was dropped appropriately.

But now pharmaceutical psychiatry once again wants to open the door to dropping acid. Old advocates like Stanislav Grof, who was freely quoted in this paper, have been around since the sixties, lying in the weeds waiting for the next opportunity to push hallucinogens onto the general public. Since psychiatry and the general public believe that the cause of human struggle is biochemical, it would seem to follow that treatments should be drugs. But human suffering is not a biochemical disorder. It is not created by chemical imbalances. Drugs cannot and do not treat the human condition. You cannot have it both ways: either suffering is a brain problem to be treated biochemically with a drug, or it is not. Psychiatric struggle is a human problem created by the trauma of our lives. It needs to be addressed on the human scale, not with drugs. I am an advocate for good psychotherapy, and have shown how it deals with all of psychiatry.

There is a peculiar amnesia that happens in relation to drugs. For example, take the history of cocaine. After a devastating epidemic of cocaine in the early 1880’s, which continued into the turn of the century, it was finally understood to be dangerous. It was taken out of Coca Cola in 1903. Cocaine continued along all the way to the 1940’s, where its usage pretty much died out. Then amnesia set in. When cocaine made its comeback in the 1980’s, it was advertised as non-addictive, no downside, just a fantastic high. Nothing could have been further from the truth. Oddly, the first blues song I learned as a young teenager was “Cocaine Blues” by the Reverend Gary Davis:

At the time I didn’t know what cocaine was. Years later, John Belushi taught us more about it.

The same amnesia is happening now in regard to hallucinogens. We are being sold a bill of goods that they should not be seen as a street drug like cocaine. Instead they will soon be pushed by men in white coats as a new miracle, which will cure cocaine disorder. The amphetamines did make it to the other side of the street after amnesia set in for them. Let’s not do the same with LSD. We don’t need to repeat past mistakes. 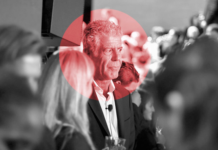 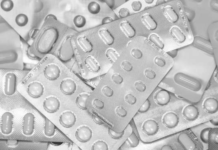 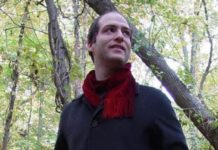 The Promise of LSD Microdoses and Other Psychedelics