Recently I listened in to a webinar that discussed a number of key issues related to the development of early psychosis intervention programs in the United States and found that it stimulated many thoughts and raised important issues that need more discussion. I sense that we spend time mostly talking to our more like-minded colleagues and friends, but that maybe we should try to open up a dialogue with others, especially when they are acknowledging the need for growth and learning from their experience doing things outside the usual box of traditional psychiatric practices. With this in mind, I’ve collected some of the my thoughts about the evolution of early intervention projects, both potential benefits and some risks.

As a state mental health commissioner and after, I’ve had a long interest in the development of early psychosis intervention services. During my tenure in the state executive position, I worked with a number of community partners to secure $4.3 million from the Oregon Legislature in 2007 to expand the regional Early Assessment and Support Alliance program to about 75% of the state—and today, Oregon has 29 programs (more than the most populous states of California and New York). So when the Schizophrenia Research Foundation announced a webinar to “discuss the paths and barriers to widespread effective care” for young adults and their families experiencing an early psychosis, I jumped at the opportunity to sign up for it.

It is very encouraging to observe the spread of early psychosis programs to many states and communities throughout the United States. The 2016 national “Program Directory for Early Psychosis Intervention Programs” originally developed by Oregon’s coordinating and training project (EASA) and the Foundation for Excellence in Mental Health Care listed programs in 34 states. I believe there are now well over 100 local programs—we are seeing real development in services that strive to give youth and their families the right kind of support “the first time,” our primary advocacy message to the Oregon lawmakers 10 years ago.

I want to share my reactions to the webinar, and I will try to provide a balanced view.  This means I will make reference to things I strongly resonated with and also some comments and omissions that are more questioning in nature than critical.  We are still in a learning stage. I’m particularly drawn to Dr. Chris Gordon’s advice to avoid “pernicious biological certainties” in this work.

The webinar opened with an emphasis on the importance of Coordinated Specialty Care as a framework for understanding the work involved in supporting young people going through a first or early psychosis. This approach seeks to avoid long-term dependency on the “system” as well as chronicity, and it also counters the frequent alienation experienced by youth and their families. While I would have liked to hear more about the paradigm for using psychiatric medications, there was a clear concern about the negative effects of polypharmacy. Similar to Dr. Gordon’s caution about the dangers of certainty, several presenters noted that services are still evolving and that this makes the assessment of fidelity to a model a bit of a barrier to translating the work with 100% confidence.

I would like to have heard more about the research referenced on Duration of Untreated Psychosis. While I have no great doubt that most people can use earlier intervention, there is also evidence from researchers like Martin Harrow and Lex Wunderink that indicate that the type of treatment makes a big difference. Their work seems to indicate that a minimalist approach to using medications, for example, is actually associated with better outcomes, particularly mid to long-term functioning. And there are some, possibly many, who never come to the attention of the mental health system or drop out as quickly as possible, who can do quite well.

There were several issues I think need more discussion (an open dialogue, if you will). One is that diagnosis seemed to be taken seriously as a reliable guide to what is going on with young people. Given the research on reliability and the history of continually expanding diagnoses a la the DSM manuals, I would have been more comfortable with (again) greater modesty and uncertainty here. The use of the term “schizophrenia” is a practice that I have come to believe does more harm than good. I know far too many friends and colleagues who have been labeled with this and given the prognosis of limited functioning for the rest of their lives, and they have turned out to be psychiatrists, psychologists, social workers, nurses and other quite gainfully employed individuals. And they tell me they did it in spite of getting the label of “schizophrenic.”

As I noted above, I would have liked to have heard more about the risk of psychiatric medications. Again, the research is pretty clear that medications, especially taken for longer periods and at higher dosages, produce poorer outcomes. This leads to a concern that “informed consent” practices generally need a major overhaul with high quality research findings informing the process. It would be an interesting discussion to learn more about what informed consent content is being used in the various early psychosis programs. I would advocate for a great deal of openness to the idea that medications are not necessary for most people other than very limited use in crisis situations and that whatever we call psychosis is not clearly a “chronic mental illness.”

Two areas that received scant if any attention were those of trauma as a factor in the development of psychosis. Clearly, a great deal of caution must be exercised in staying away from older, outdated and unproven concepts like “the schizophrenogenic mother” and blaming the family. Yet to pay no attention to whether traumas, subtle and not-so-subtle, may be influencing the youth’s experience seems to avoid dynamics that could be healing if brought into the open. This seems to me part of the genius of the Open Dialogue model—let’s talk about everything that’s going on in the young person’s emotional and developmental dilemmas. Contrary to one statement, symptoms sometimes are not just symptoms but clues, and in some situations, there is even metaphor involved.

The other issue that was barely mentioned was the role of alcohol and street drugs in complicating the picture of early psychosis. One of the first things I learned as a budding alcohol and drug specialist with youth, early in my career, was that the use of street drugs can mimic any mental disorder. Since relatively few mental health professionals are given much information on alcohol/drugs in their training (like me), this set of problems needs much more attention. And I won’t say more other than that about 50% of people who have serious mental health issues also have the “dual diagnosis” of alcoholism, drug addiction or use of drugs that interfere with recovery. It’s not a minor issue.

My comments and reservations do not add up to discounting the great work that is going on. I hope that someday there are programs in all 50 states, not just 34, and that there are literally thousands of these programs not a hundred. They will be most successful if they integrate as many perspectives and as much quality research as possible, even if (and especially if) they take into account studies that may not support traditional models such as the chronic disease concept.

Working with youth and families in a much more caring and concerned way, as early as possible, is certainly the way of the future. We all have work to do.

And part of that work is learning from the Oregon EASA programs. Dr. Ryan Melton, the Senior Research Associate at Portland State University, will be conducting a Mad in America Continuing Education webinar on April 28th to do just that. Registration for the webinar is now open on our website.

I hope that you will join us for Dr. Melton’s discussion of a “one of a kind” historic approach to serving youth and families. 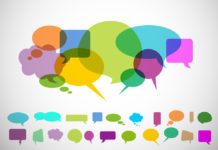