One of the primary reasons people aren’t content to stay on psychiatric medications forever, even if they appreciate some of the effects, is the loss of freedom. The adverse effects cause many people to feel less free in their lives whether they are obvious physical health symptoms, less creativity, or less energy. For some, the loss of freedom is immediate and for others it happens gradually over a long time of being on psychiatric pharmaceuticals.

Psychiatric drugs are generally tested (on young, healthy white males) for a short term. They are designed to make people feel better quickly. But, like many things that “work” quickly, there is a backlash over time if dependence occurs.

Some people don’t experience a lot of noticeable adverse effects from psych drugs, but still want the freedom of not having to take a pill everyday, or not having to worry about the long term health problems that may eventually occur. We are living in ominous times, and no one knows for sure that they will have healthcare forever, so many people want the freedom of not being dependent on pharmaceuticals that have withdrawal symptoms.

Living under a political system that feels less and less trustworthy, stable and reliable to many people, these concerns are likely to increase in the days to come.

Then of course, there are the many people I have been getting regular emails from for over a decade, who experience the adverse effects of psychiatric meds overtly and undeniably. These folks are desperate for freedom and have often tried many times to come off, but the withdrawal effects have been too severe, and they have not had enough support or resources to complete the process.

We all want freedom from anything that holds us back, but when we look closer at that freedom, what do we see there? Who are we when we don’t have our roadblocks? What is our potential? Can we paint a picture of it more clearly to see it better?

These are questions I think about, remembering when I was going through psychiatric drug withdrawal myself. Something in me knew that I would eventually be free but I had no idea what that would look like. I could barely get out of bed to shower, let alone imagine what my life might look like if I felt healthy, happy and free.

I had not only the inner blocks of my health and mind being hijacked by psychiatric drugs, but a bunch of other internal blocks that resulted from this.

After a while, I started to accept the identity of being “chronically mentally ill,” even though all of the symptoms that led me to that conclusion were caused by the meds themselves. This itself was an internal block.

No one asked me what I envisioned my life to be like without the meds, though people around me did have advice about what I should be doing. Not having any capacity to see what my life could be, other than what it was, was another blockage I faced.

I became so isolated and stuck in a small world of care providers and meds that it was a self-fulfilling prophesy. I couldn’t imagine any other way of life, let alone take steps to get there.

Besides the ones I mentioned that I experienced, the internal blocks I’m referring to are mostly the huge difficulty of believing that one can be free from psychiatry, and the challenge of connecting the dots from the present moment to a future moment of freedom. It is the same, in some ways, with any big goal. Often, with a very challenging goal, mapping out the steps on paper can help to see what the internal blocks might be at each stage.

For example, as I look at each step in a process, I might become more aware of what my fears are, and what is actually under those fears. One possible fear is the fear of going against family values, or in any way separating from a family, group or culture that one has become comfortable in, or even dependent on.

As cliché as it is, fear of success is real. Any long term difficulty, as hard as it may be, can become comfortable, or familiar, such that becoming free of it is scary. Added to that, owning one’s power and even separating from those who have been abusive can be terrifying.

Creating or finding a different identity after being in the role of the identified patient is a process, and one that requires a lot of self reflection, as well as strategic action. Being the identified patient in a family or social system becomes not only an internal block within the person who is identified that way, but a block in the whole system. When that rug is pulled out, those who relied on one person’s experience being minimized or discounted due to their “mental illness” can become destabilized and sick themselves.

Psychiatric meds can shut down the emotions and consciousness enough to make it possible to tolerate some dynamics that would inspire rage or huge surges of empowered activity without the meds. This is where it can be helpful to look closely at these blocks and start to create a map to freedom, understanding that it is a complex process that involves not only the physiology of the body of the individual taking the meds, but the architecture of the entire social system around that person.

This of course isn’t to imply that the reason withdrawal was near impossible for me and for so many people is “internal blocks” alone, or that these blocks are what cause the epidemic of psychiatric drug harm. Yet, sometimes when on psychiatric drugs and in withdrawal, the powers of the imagination and intention and even the soul are the best tools for seeking and achieving freedom.

This is because lots of people who are on psych drugs have had so much power stripped away. When I had my health ruined by them, I often said prayers and affirmations, in part because it was all I could think of to do. It was one of the only powers I felt I had left and it didn’t take that much effort. I didn’t have to believe them, and most of the time didn’t believe the affirmations I was saying at all, such as “I am healthy and happy.” Yeah right.

When I refer to the powers of the soul, it helps to ask: What process got interrupted? How can the gifts that were intercepted, squashed or erased by psychiatric drug harm be recovered? It’s different for everyone.

I believe there is a certain journey or life mission that we each have. Sometimes it can be hard to even put into words. It can be a complicated mission. If there is any way to access or remember what that soul mission is, and articulate it in some form, even if it is not in words, it can help get some perspective on psychiatric drug withdrawal.

Having a witness to the soul path can also be hugely beneficial, especially in breaking out of the identified patient role. Even if someone is chronically ill for life, that is not the only expression of their soul. To be seen and witnessed for other parts of the soul path or mission can help a lot. This is where having resonant “soul friends”/“soul family” and mentors can help with breaking out of psychiatric servitude, and the fixed identities that often come with it.

I had one such mentor, who recognized my soul and my intelligence, even when I wasn’t expressing it so much while severely mentally disabled by seven pharmaceuticals, mostly psych drugs.

It can help to remember these things (the vision, the internal blocks, and the different parts of the soul mission) and write them down, in a focused way.

I recently made a Workbook for Psychiatric Drug Freedom with an audio meditation (which you can read more about here) because, for me and many of my comrades, it was in part my soul strength that got me through the hardest times in life, especially breaking free from psychiatry. It was something other than tapering protocols and supplement plans that was at the core of my ability to break free, though all pieces of the picture were and are important.

When referring to soul strength here, I partly mean the will of my soul, which I liken to destiny, and something I don’t actually have control over. I also mean all of the things that are connected to that, such as a soul purpose, and soul connections. Despite the obvious physical and practical roadblocks to psychiatric drug freedom, I believe that the closer we can come to knowing and being recognized for our soul purpose, the better our chances at success.

This process will look different for everyone. It is about self/soul intimacy overall, which is supported by soul recognition from others (either a few others, or for those who have a more public soul mission, many others).

How can we support people re-envisioning life free from psychiatric meds without implying that the drug harm is their fault? No one who falls prey to psychiatry is responsible for the harm it causes, yet people can become empowered to recreate their lives and regain hope for freedom, which so many lose when in psych med withdrawal. This power can start in the mind, soul or imagination (while also being supported by all of the physical things like good nutrition, careful tapering etc). 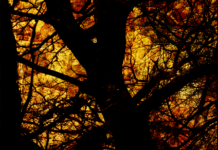 The Light in the Dark 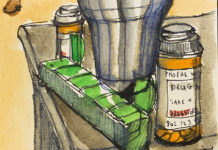 Why I Take Drugs and Don’t Plan to Stop 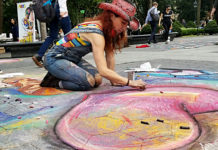 The Bipolar Artist: A Lifelong Sentence to Bear