In a recent theoretical piece published in Psychological Medicine, well-known critical scholars Diana Rose and Nikolas Rose of the Australian National University consider the state of mainstream psychiatry, evaluate some of the major alternatives to the mainstream, and propose an approach to addressing mental health issues that incorporates their critiques of both mainstream and alternative approaches.

While taking as the starting point that the current state of psychiatry is troubled, the authors acknowledge that a wide range of critiques and initiatives have emerged to respond to the malaise of the institution. This has included focusing on the increasing medicalization of normal mental states and the importance of adopting a ‘biopsychosocial’ approach to mental health assessment and treatment. However, going beyond these more well-known responses, the authors propose instead:

“… look at those developments that call themselves ‘alternatives’ to psychiatry and compare them with aspects of mainstream psychiatry with two purposes. First, to highlight some of the shortcomings of current psychiatry and second, to see how far these ‘alternatives’ really do depart from mainstream models in terms of theory, practice, and empirical research. What is shared, and what differs between these different approaches and ‘the mainstream’? If ‘another psychiatry’ is possible, what would be the role and responsibilities of the medically trained psychiatrist within and outside the clinical encounter.” 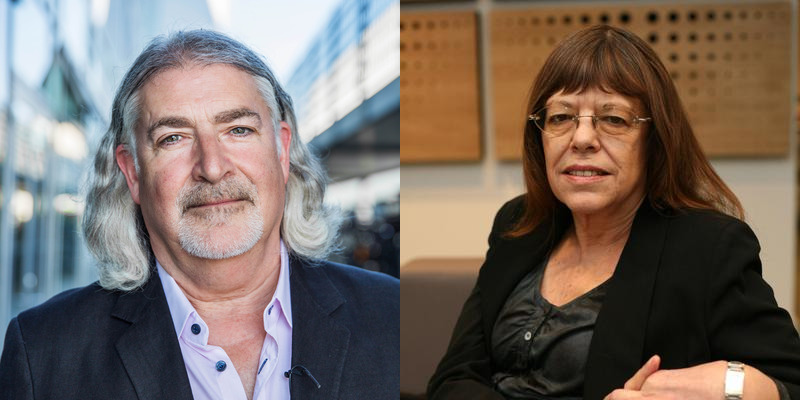 Social psychiatry attempts to socially situate the individual, though ‘social’ theory is not really developed, and the weakly-defined concept of ‘environment’ was often used that took a back seat to a focus on biology. From this perspective, psychiatric diagnoses came to be formulated as the interaction of genetic and environmental conditions of the person (P = G x E), which had a scientific sheen to it but little empirical substance.

Postpsychiatry is characterized by postmodern perspectives on psychiatry that understand mainstream psychiatry as a phenomenon rooted in a particular culture and history, with Western Enlightenment ideas defining normality and the boundary between normal and pathological. Some examples of alternative practices characteristic of postpsychiatry include Home Treatment Teams, which act as an alternative to hospitalization by a multidisciplinary team treating patients where they live their lives. However, the authors note that such approaches arise less from human rights concerns and more to manage reductions in spending on social services like mental health care.

However, the authors mention troubles with such models where users involved in various patient-centered initiatives reported negative experiences working with professionals in this capacity, feeling a sense of tokenism and encountering racism. They describe a pattern of movements that had a radical transformative power in psychiatry to focus on structural issues affecting mental health. They were then co-opted into mainstream psychiatry to fit its priorities to individualize them (e.g., the ‘recovery’ approach).

“The [Patient and Public Involvement] PPI programme [in the UK] appeared to offer a radical promise, to involve service users in developing research priorities and to explore novel research methods. But in practice it did not challenge the traditional forms of ‘evidence-based medicine’ with its narrow, symptom-based criteria for success. Indeed, NIHR has now closed the PPI programme, and it has been argued that the strategy of involvement of the public and service users in health care was actually a technology of ‘legitimation’ for conventional psychiatric research.”

The authors advocate for professionals to appreciate the profound changes needed to genuinely share power between professionals and users, such as recognizing the experience of services as a form of expertise.

Developed in Northern Finland, Open Dialogue is a systems approach to mental health treatment that directly involves a client’s community in their own home, along with relevant professionals, to work on interpersonal issues relating to mental health crises.

The authors bring up concerns about Open Dialogue’s generalizability from small, rural Scandinavian communities to major urban centers. Then, highlighting the context-specific nature of all treatments, they cite some major ethnographic work done in this area and its implications for mainstream psychiatry.

“[Joseph] Gone issues a general ‘provocation’ to community psychology to move away from ‘ego centric’ notions of the person, and to recognise that other knowledge traditions have alternative healing practices based on quite different and often nonindividualised understandings of mental distress. This recognition that both mental distress and responses to it are specific to what we are terming ‘biopsychosocial niches’ poses fundamental challenges to the idea of ‘scaling up,’ which is so prevalent in much Euro-American psychiatric research, including the Movement for Global Mental Health, that approaches which may seem effective in one particular location can be ‘scaled up.’

By not addressing the structural and social issues contributing to adversity and making a mere nod to the ‘social determinants of mental distress, mental health professionals can maintain its treatment as an individual clinical practice. Even public health perspectives that are more ‘social’ and prevention-minded focus more on individual behavior change, just on a larger scale than conventional psychiatric treatment.

Individualized strategies include interventions for early parenting behavior, preventing adverse childhood experiences (ACEs), and reducing the use of high-potency cannabis as a risk factor for psychosis. However, such an approach can obscure the social and economic conditions driving problematic behavior (e.g., promoting eating a ‘healthy’ diet while suffering from poverty).

In talking about the Power Threat Meaning (PTM) framework, the authors position it in a longer but less known history of psychiatry that prioritizes formulating the biopsychosocial aspects of a patient’s life more holistically before diagnosing or treating them, as well as potentially intervening in their external environment. This is in contrast to systems like the DSM and ICD, which are concerned with sorting patients’ experiences into disorder categories and mainly target treatment to the individual.

The authors characterize the PTMF:

“PTM argues that nearly all expressions of mental distress are underpinned by evolved, pre-conscious, universal ‘threat’ responses such as the ‘fight or flight’ response’… But the practical application of the PTM framework seems to entail reinterpreting events in a person’s present and past in terms of threats even if they may not have perceived them as such themselves… [T]he proposition seems to be that mental distress can be accounted for in terms of a small number of fixed patterns that can be identified by experts in the distressed person’s life history.”

Psychological approaches to treatment run the risk of individualizing the responsibility for managing one’s life at the expense of socializing it. Treatment may also be coerced, such as having to show up for therapy sessions so that someone can receive benefits (i.e., ‘psycho-compulsion’), which the authors mention as an important aspect of psychiatry that often gets overlooked in alternative approaches. They argue that this problem of compulsory psychiatric treatment in settings such as acute inpatient hospital units is tied up in the structure of incarceration, perpetuates violence, and instead encourages the use of crisis houses.

The authors say that while they see the continuing relevance of clinical psychiatry for some, there is still a need for mental health professionals to be able to address and intervene on “the proximal social and environmental pressures that have triggered extreme distress” (e.g., housing, domestic abuse) at an individual and community level.

Such a focus on the biopsychosocial niches of patients is central to the authors’ vision for an alternative psychiatry, where patients try to get their needs met and make meaning from their experiences in response to the material conditions in the ecologies of their everyday life.

“To address these requires more than community support and easy access to mental health services. But it does not require us to imagine utopian cities but to listen to the voices of those who experience distress about what they find pathological, and what might be potentially salutogenic, in the reality of their everyday lives – maybe fewer pawn shops and bookmakers, better food stores, small parks, safe spaces for children to play, cheap and readily available early childcare and sure-start facilities, and, of course, some financial security perhaps through such methods as unconditional cash transfers or universal basic income. Perhaps many years of medical training does not equip psychiatrists to understand such matters let alone engage in them. But it should.”

Another major element that these authors propose as essential to a new psychiatry is meaningfully incorporating the voice of patients, which is a qualitatively different type of knowledge from that of diagnosis and treatment. Simply reframing and interpreting patients’ experiences within the theoretical frameworks of professionals may be partially because, on some level, professionals doubt whether patients “have anything sensible to say.”

Addressing this epistemic injustice requires that we see such exclusion of patient perspective in the context of power relations between patient and clinician, as well as acknowledging a hermeneutic injustice where patients are not able to draw on publicly available systems of meaning (i.e., discourses) to share with clinicians.

According to the authors, this situation may also result from psychiatry’s hierarchy of knowledge that prizes outcomes data from randomized controlled trials (RCTs) above all other sources of knowledge. They point out that if service users are involved in clinical trials, they have very little influence on the study methodology. Even when social determinants (e.g., class, ethnicity, age, gender) are considered in research, they are often operationalized into variables, which goes against the holistic phenomenon of intersectionality where biopsychosocial niches are lived by patients as “one specific mode of existence.”

The authors advocate for different approaches to research that can better capture the complexity of existence, including “ethnographies, mental maps, video diaries, even apps that ‘sample’ experience in real-time.”

“We need to consult with communities to find out their priorities for research and the way to do it. We need to see how structural factors such as racism and poverty operate in those forms of life. Racism and poverty both operate in ways ranging from the brutal to microaggressions, and so we require concepts that can encompass this variety and see these not as causal structures with measurable effects but a series of loops over time… To understand the temporal accumulation of these material and symbolic harms in this way would offer up possibilities of intervening to change trajectories.”

While advocating for political and economic policies could affect change to improve mental health on a large scale, mental health professionals could step outside their individualistic form of clinical practice by at least facilitating collective action and understanding their distress less as an individual problem and more out of shared experiences. However, the authors acknowledge that “intervening in multiple dimensions of ‘the context’ is more likely to make things better.”

Much of this work requires psychiatry to no longer claim complete dominion over scientific knowledge regarding the nature of mental health and its treatment. The expertise of the psychiatrist as a physician needs to yield to other professional forms of expertise (even beyond the psy-disciplines), as well as those possessed by service users. Ideas to teach in psychiatric training include structural competency, which encourages clinicians to understand the lived world of the patient, including their social and material conditions.

The authors note that the movement on epistemic justice for patients’ voices means more researchers getting involved in patient-led systems rather than just involving patients in research.