Editor’s note: Due to privacy concerns, the author has chosen to publish under an abbreviated version of her name.

This is my story of forced psychiatric treatment as an eight-year-old girl, from my perspective as an adult mental health professional. Currently I am a 37-year-old licensed psychotherapist with over 16 years experience working in the mental health industry. From my overwhelmingly painful experience as a girl, I will explain the attachment trauma and brainwashing that occurs when a parent violates the trust of a child in order to appease the psychiatric system.

I was born in 1980, and since birth have been an introvert, highly sensitive, and extremely empathic. To some degree, I believe my personality characteristics and temperament set the stage for the medicalization of my childhood. My mother experienced postpartum depression when I was born, and was prescribed an SSRI during the first year of breastfeeding me. Unbeknown to my parents or me, I had a dairy allergy that was creating chronic ear infections. Around the age of six, I was repeatedly getting ear infections, which necessitated close to one year of antibiotic treatment. The antibiotics destroyed the balance of good bacteria in my gut, and I began experiencing anxiety and insomnia. At the time, my medical community was not aware of the risks of chronic antibiotic use in children, and instead of addressing my gut issues and food allergy, I was prescribed a sleeping pill at the age of seven. The sleeping pill caused many daytime issues with my mood and behavior — my pediatrician and parents were unable to notice the connection between this and the introduction of pharmaceuticals, which began the psychiatric diagnoses processes.

Eventually, my pediatrician decided I needed Prozac, as it had recently come to market in 1987, so I was the ideal child guinea pig to experiment on. At the age of eight, I was prescribed Prozac for anxiety, which then led me to become depressed and have a very low appetite. As a child, I knew instinctually that the Prozac made my body feel awful; I tried telling my parents and pediatrician I did not like the way it made me feel and it was impacting my appetite, but everyone disregarded my voice “because I was a child and didn’t know what was best for me.” Prozac is incredibly stimulating, and I felt like I was on speed so I stopped eating. Then I got an eating disorder diagnosis, which led the physician to convince my mom that I needed inpatient treatment.

The day of my forced psychiatric treatment experience, my mom lied to me several times. As an empath and intuitive, I knew something was coming that was not good, and could sense by my mother’s behavior that she was not being truthful with me. When we arrived at the hospital, my mother was still lying to me. When we got to the parking lot, she told me she had packed a suitcase and I would be staying there for a while. I said no, and refused to get out of the car. I wanted to speak to my father, who was unaware of the decision my mother had made to force me inpatient. Since I refused to get out of the car, a large psychiatric technician was sent to the car, to rip me out of the back seat. I was kicking and screaming, saying no, no, no. He threw me over his shoulder, and I was screaming out to my mom to help me, and she looked away and averted my gaze and drove off.

Due to my resisting treatment, I was then labeled as “uncooperative” and promptly injected with a benzodiazepine and given a 24-hour sitter. There is more to my story, but for today I want to share about the experience of forced treatment. The best metaphor I can compare the forced experience to, as a college sexual assault survivor, is rape. I was repeatedly saying no, and the harder I fought back, the more force they used to immobilize me. Being held down kicking and screaming to be injected with a benzodiazepine is a human rights violation no child should endure for saying no to a pharmaceutical. In hindsight, when I reflect on that day, it feels like a form of child abuse.

That day, something in my attachment system completely shattered. When my mom did not make eye contact with me in the heat of the trauma, I absolutely stopped trusting human beings from that day forward. The feeling of betrayal was so strong I questioned my mother’s love for me, and still do to this day. I no longer trusted adults, especially doctors. For many years I approached all subsequent relationships with friends and romantic partners with an avoidant attachment style. I never let anyone get too close to me, and always maintained a position of power over others, by allowing them to need me more than I needed them.

After the initial shock and extreme feeling of abandonment settled, the cocktail of psychotropic drugs and brainwashing propaganda began. I had doctors, nurses, and therapists in the hospital all telling me that my brain was broken, and that I would need an SSRI for the rest of my life to be normal and function. Unfortunately, I believed them, due to the extreme trauma I had just experienced. My father, who was skeptical of pharmaceuticals, was labeled with “paranoid personality disorder” and the hospital psychiatrist filed a CPS report because my father was questioning if the pills were making things worse. Once a child is in the system, if the parent disagrees with treatment, they are then given a diagnosis as well for thinking differently than the physician.

Luckily, with years of spiritual healing, therapy, introspection, and nature, I have healed from the trauma of forced treatment and created a career path to help others avoid forced psychiatric treatments. Ultimately, I believe that the most profound forms of trauma healing for me have come from Earth-based and indigenous healing practices. While talk therapy and EMDR have been helpful to me, my deepest healing has been to address this trauma at the level of the soul. Forgiveness and gratitude are the salve for the extreme betrayal, abandonment, lies, and disempowerment I went through.

I now can consider the greedy drug manufacturers, the doctors, and my parents all as my teachers. For had the pharmaceutical industry not coerced my pediatrician and mother into medicalizing my childhood, I would never have become aware of the abuse and extreme harms caused by the psychiatric system. Due to these experiences, I have learned that the mental health system in America needs a paradigm shift and we need to create sustainable, holistic treatment centers that do not rely on pharmaceuticals; and that is exactly what I intend to do. 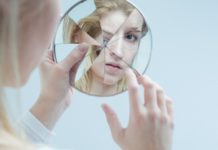