It was 2012(ish), and I was standing in front of a room full of peer specialist trainees offering a segment on language. We were deep in a discussion about how words carry power when one student raised his hand and inquired (something along the lines of) “What about doctors, and the inherent power we give them when we call them ‘Dr. Last-name’ while all the rest of us are called our first names. Should I be doing that?”

My response was something like, “I can’t tell you what to do or not do, but I can tell you that I don’t call doctors ‘Dr. Last-name’ under any circumstances for precisely that reason, and…” As I began to further unpack the question and my response to it, another student from off to my left began yelling at me. Yes, yelling. He forcefully informed me that my practice insulted his brother who had spent many years working on becoming a doctor, and that I was disrespectful and abusing my own power as a trainer to even suggest such a thing.

Once he quieted down a bit, I was able to say this:

“This is not about disrespect. I need not be rude or denigrate any person when I refuse to refer to them by such an honorific. I do not speak to them in a dismissive tone when doing so. I am simply not contributing to the power imbalance that is created by elevating a certain sub-set of our community over and above everyone else, and particularly over those of us whose words and credibility become automatically devalued by this society when we are diagnosed.”

I then asked the student who’d yelled at me a question. I conjured Dorothy Dundas – one of the last living survivors of insulin shock and who happens to be local to my own state – into the room. I asked him why he thought that a doctor who’d, yes, spent years in school achieving that credential truly deserved more recognition and voice than a woman who spent years incarcerated in a psychiatric facility, who was subjected to insulin shock and saw her roommate die on the table next to her as a direct result, and who’s spent so many years since then working to be heard as an advocate?  Doesn’t she deserve respect and to be revered for all her years invested (involuntarily and otherwise), and all the wisdom she’s gained along the way, too?

My point wasn’t really to create yet another sub-set of humans deserving of being recognized. Dorothy is a powerful person whose story deserves to be heard, but not more than so many others. Rather, by conjuring Dorothy and holding her up as an example, I was simply attempting to put a face to a different type of experience and to highlight how relatively random and biased our culture is when it comes to whose experience it regards as valid, meaningful, and true. As we know all too well, “doctor” credibility routinely flies in the face of science, and respect for life and liberty of those deemed different enough to be diagnosed.

The student didn’t answer my question. He didn’t speak again for the rest of that particular class. I have no idea where he – or his brother – might be today, or if I actually impacted his beliefs or not. But here we are again, arguing about who should and should not be given some sort of elevated honorific with Jill Biden at the center of the debate.

On December 11, 2020 the Wall Street Journal made the somewhat strange and ill-advised choice to publish an opinion piece by Joseph Epstein, a man who self-reportedly taught at Northwestern University for 30 years with no more than a Bachelors degree to his name followed by an honorary doctorate awarded by an individual who was evidently fired from their post a year later. Joseph starts out his editorial with the following:

“Madame First Lady—Mrs. Biden—Jill—kiddo: a bit of advice on what may seem like a small but I think is a not unimportant matter. Any chance you might drop the “Dr.” before your name? “Dr. Jill Biden” sounds and feels fraudulent, not to say a touch comic. Your degree is, I believe, an Ed.D., a doctor of education, earned at the University of Delaware through a dissertation with the unpromising title “Student Retention at the Community College Level: Meeting Students’ Needs.” A wise man once said that no one should call himself “Dr.” unless he has delivered a child. Think about it, Dr. Jill, and forthwith drop the doc.”

Calling a woman “kiddo,” and singling her out for her pretty standard use of the honorific “Dr.” is unquestionably misogynistic nonsense. Using language and such status symbols inequitably as a weapon to denigrate women is neither new nor even vaguely “cute” no matter how hard the author may try to utilize his wordsmithing skills to make it be. Shame on the Wall Street Journal for entertaining any of it.  The author’s use of this as a jumping off point for a diatribe about the problematic nature of honorary degrees is also bizarrely misguided given Jill’s degrees aren’t honorary. She earned them through several years of schooling, which is more than can be said for the author himself who must have a ton of social capital in his grasp in order to have secured such a long-term academic post in the world of “higher learning” and an honorary doctorate on a Bachelors alone.

With this in mind, Jill deserves all the defense she is receiving. However, this rush to defend Jill’s honorific usage is missing a much bigger and far more pervasive point: NO ONE should be called “Dr. Last-name.” And, I do mean no one.

2019 marked the first time in history when there were more female-identified medical students than any other gender, but the history is clear: Men have had far more access to achieving this level of education over the years. In turn, this means that men still outnumber women in the vast majority of specialty areas among practicing physicians. The same is essentially true of all doctorate-level degree programs. Women are starting to close (or even overcome) the gap in some areas, but that does not represent the full reality of who has had the access and resources needed to earn these titles and the respective prestige they afford, nor who is represented in related roles in our workforce. It does not change the reality of how different groups of people are valued in this society.

The divide does not stop at gender. The vast majority of medical students are white, and the representation of whiteness among practicing medical doctors is quite similar. Disabled people make up – at most – only about three percent of medical students in any given class. Unsurprisingly, socioeconomic status represents another huge and intersectional divide, with more than three quarters of medical students coming from families of substantial wealth. And while I (perhaps to Joseph’s glee) am zeroing in at the moment on the medical version of doctor-related degrees, these disparities are reflected throughout the academic world, just like they are in society at large.

I realize it all gets pretty muddled and confusing. Supporting a woman or a black or brown person or someone who spent years locked up in a psychiatric facility (etc.) to be referred to using the honorific that most typically accompanies their educational achievements within society’s current context bears a sort of short-term “right” to it. However, it also seems quite myopic to me. When that whole academic system is rooted in classism, white supremacy, misogyny, ableism, and psychiatric oppression, should we really opt to be complicit with it at all? Are we prioritizing “micro” over “macro” at our own expense? Are we tacitly consenting to participation in a wildly dysfunctional and oppressive system for the sake of winning our few scraps? Yes.

Speaking specifically of the land of psychiatry, the chasm that exists between “doctor” and “diagnosed” is especially vast. Risks assessments have been demonstrated to be ineffective and even harmful, but people with “Dr.” honorifics (of all kinds) developed them, so they continue to be common practice. Forced holds are well documented by scientific research to lead to a rise in suicide risk, but doctors remain free to authorize them and do so regularly. Reports of positive experiences with voice hearing (and non-medicalized supports for those that are less than positive) abound, but no power structures exist to force any doctor of any kind to listen to them. Most of us stuck with psychiatric diagnoses have had the experience of not only not being heard at meetings about the intimate details of our own lives, but sometimes not even being invited at all. And who among us (at least in the United States) hasn’t seen how other clinical providers bow to the word of the all-mighty doctors in the group, no matter how misguided they are?

In psychiatry, “doctor” would best be defined not as one achieving a particular level of academic achievement, but as the one who spends the absolute least amount of time listening to and actually getting to know those of us in the “diagnosed” group, or whose knowledge of a particular situation is most inversely related to the power they have over it. “Least likely to show up to a training” or be open to new learning would also be a valid addition overall. And, as I watch other clinical providers fall all over themselves to refer to those doctors as “Dr. Last-name” while everyone else goes by their first name (using their own power to further enhance and perpetuate the “doctor” power that is wielded over us), I’m constantly reminded of these facts.

Yes, Jill Biden should absolutely be defended from this blatantly gendered attack. But, when you’re done defending her, let’s dismantle this whole honorific practice altogether. You can start (for free!) by applying first name usage equitably across all people and roles. The greater the power and privilege you currently hold, the greater the responsibility you have to participate in this process of undoing. (Read: Do not expect the burden of this effort to fall on, for example, black female doctors who may justifiably be prioritizing recognition as Dr. Last-name to counter rampant racism and the routine lack of recognition and respect they have suffered for years. If they are the last in line to let that honorific go, we will have done this right.) Internalizing this oppressive system continues to marginalize so many of us, and to reinforce a capitalistically-driven way of existing where credibility even about our own lives is bought rather than assumed as a part of our humanity. 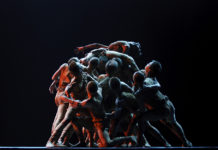 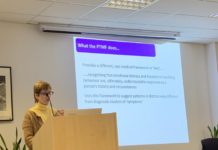 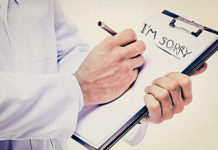