Moodiness and temper outbursts are fairly common traits during adolescence, since it’s a stressful phase due to social/relationship pressure, rebellion/separation from parents, changing bodies, and worries about the future. In the 1990s the criteria for bipolar disorder were greatly expanded; this enabled teens’ moods and outbursts to instead be seen as symptoms of illness. These traits may be exaggerated if teens take stimulants for ‘ADHD,’ which by this age agitate instead of calm (as can antidepressants); stimulants have been given to soldiers to arouse aggression, notably the Nazis.1 They are addictive, so legal and illicit users get depressed upon crashing or withdrawing2 and thus suicide ten times as often.34 Psychiatry’s labeling normal teens as ‘bipolar,’ along with rampantly giving them speed just as Hitler did with his army, explains our 40-fold youth ‘bipolar’ rate increase.5

Once they’re labeled bipolar, teens are less likely to learn how to responsibly manage their wild, aggressive urges, as follows: When parents accept the bipolar label, something seems to click in their minds, and it’s in this instant that their kid’s life is forever ruined. Until this ‘Aha!’ moment, they believed their kid was capable of maturing, and that raising kids is hard work. But now they retrospectively view all the turmoil that began in puberty as due to permanent brain illness rather than normal, outgrowable adolescent issues. So they give up and greatly reduce the expectations, demands, and discipline that are needed to help kids learn mature coping tools and other abilities.

‘Bipolar’ kids’ tantrums, verbal abuse, and harmful actions are excused since they’re supposedly not their fault but just illness symptoms. Parents say: “their meds stopped working,” “their bipolar acted up” or “they missed a dose.” With no risk of consequence like parental punishment, eviction from home, or police arrest, they won’t need to learn to act civilly. Rather than set limits, schools make accommodations that ease workload and allow tantrums, again removing any need to learn self-control. Even if hospitalized for violence, the experience may be so supportive, friendly, and cushy that teenagers find it more rewarding than punishing.

So society gives their innate wildness free reign; it fails to instill a conscience. There’s nothing to feel guilty about anyway — it’s just “their chemistry was off.” It’s thus expectable that once labeled bipolar, they’ll thereafter seek instant satisfaction of urges whenever they’re in the mood, having learned they don’t need to wait or obey rules. This cultivates the bipolar potential that’s in us all.

And when they’re told that they have brain diseases that limit their ability to control themselves, this holds them back from trying. They think it’s pointless to try to learn mature ways to manage conflict, frustration or stress since such efforts would be futile. They learn to be helpless. The only skill they do learn is how to take drugs and passively let them do the coping. Responsibility now falls on MDs to cure them by sedating away their mood/temper. The drugs impair kids’ abilities to learn mature coping tools, anyway, as well as impairing any academic,6 athletic,7 or creative abilities.

The bipolar label also promotes seeing painful feelings as due to chemical imbalance. Bad moods used to be seen as signs that something’s bothering them that they must actively work on in order to feel better. If they were really upset, that just meant a big issue was really troubling them. Parents used to react to kids’ emotional cues by asking what they’re upset about, listening and understanding their issues, and giving advice. Such helpful responses were vital to their social/emotional growth; kids got in touch with, vented about and resolved issues, and formed close relationships in the process.

But psychiatry has proclaimed this approach is wrong: Unpleasant feelings are no longer adaptive tools that aid in survival, as Charles Darwin deduced8 — they have been declared to be treatable diseases. This discourages the active addressing of kids’ issues via meaningful social interaction. So just when they’re struggling to transition from childhood to adulthood and thus need the most listening and understanding, they get the least.

This is an especially big waste of opportunity for teenagers since their brains are at peak learning capacity. They’re flexible enough to be guided to learn new coping styles since their personalities are not firmly set yet. And adolescence is when facing issues is most crucial, since it’s when kids must learn the tools needed for social/job success as adults. But rather than learn to cope with the issues that cause their moods, they learn to ‘cope’ with the moods themselves, by accepting their illness, taking mind-numbing meds, and needlessly giving up on solving issues or achieving goals.

Adolescence used to be seen as a challenging but normal and transient phase that had to be navigated successfully to pave the way for adult success. But it’s instead being transformed into permanent, disabling bipolar disorder in a self-fulfilling prophecy. And giving kids speed for ‘ADHD,’ which the DSM admits can ‘induce bipolar,’ and then sedatives for ‘bipolar’ that shut their brains off, facilitates this process. Most ‘bipolar’ teens had in fact previously been prescribed stimulants.9

Psychiatry parasitically profits from its permanent-child processing plants. Its bipolar creations usually become lifelong clients,1011 so maturation-prevention is good business. As in ‘ADHD,’ pediatric bipolar’s invention is an example of the irresponsible promotion of irresponsibility. So I suggest merging ‘ADHD and bipolar’ into one term that reflects their common cause: “Psychiatric Labeling-Induced Maturational Disorder” (PLIMD), with a type 1 (distractible, impulsive) and a type 2 (moody, explosive).

Parents: Don’t entrust your kids to a field that electrocutes and lobotomizes people. Don’t speed them up, shut them up, or give up on their maturing. Patiently talk with them and raise them instead, unless you want them to become permanent adolescents! 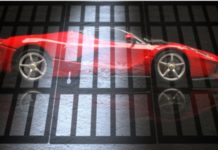