The definition of “peer support” should be straightforward. A “peer” is an equal, someone with whom one shares demographic or social similarities. “Support” expresses the kind of deeply felt empathy, encouragement, and assistance that people with shared experiences can offer one another within reciprocal relationships.

But, as I found while writing a grant proposal to study peer support, preparing a literature review on this topic is complicated by the fact that there is no standard definition. Terms like “peer support,” “peer-delivered services,” “consumer services,” “peer specialists,” and “peer workers” are used interchangeably in the literature, making it difficult to draw meaningful distinctions among practices that are fundamentally different.

To make sense of this, I created two categories to differentiate the terms that were conflated in the research literature. One I called peer-developed peer support, and the other the peer staff model. Definitions of the two categories are offered below.

It became clear that most of the research literature I located using the search term “peer support” was not about peer support as people who practice it understand the idea. Instead, it was about the peer staff model, which rarely includes genuine peer support practices. Over the years, “peer support” seems to have morphed into “peer specialist” — or, to put it more bluntly, psychiatric survivors’ experiential knowledge has been co-opted by the system. What can we do about this?

Peer-developed peer support is a non-hierarchical approach with origins in informal self-help and consciousness-raising groups organized in the 1970s by people in the ex-patients’ movement. It arose in reaction to negative experiences with mental health treatment and dissatisfaction with the limits of the mental patient role.12 Peer support among people with psychiatric histories is closely intertwined with experiences of powerlessness within the mental health system and with activism promoting human rights and alternatives to the medical model.3

Peer support was influenced by the human and civil rights movements of African Americans, women, and lesbians and gay men in the 1960s and ’70s, and by the Independent Living (IL) movement of people with physical, sensory, and cognitive disabilities.4 The IL movement sees “disability” as the result of physical, attitudinal, and social barriers, rather than the consequences of deficits within individuals with impairments.5 While peer support has political roots, it is also an interpersonal process with the goal of promoting healing and growth in the context of community.6

The growth of the peer staff model is illustrated by the recent, rapid expansion in the U.S. of “peer specialists” and similar positions in mental health programs.7 While there is no standard definition, many states, provider organizations, and government agencies have developed peer specialist or similar job titles, such as peer mentors, peer support specialists, recovery support specialists, recovery coaches. These job titles apply to employees with psychiatric histories who work in paraprofessional roles in traditional mental health programs.8 Peer workers in traditional programs generally do not offer “peer support,” but provide clinical, ancillary, and/or paraprofessional services that are indistinguishable from those provided by non-peer staff. While peer staff may be providing “clinical” services, they do not have pay equity with actual clinical staff. Relationships between peer staff and service users are usually hierarchical, as opposed to the horizontal relationships of peer-developed peer support, and these workers are seldom exposed to the principles and practices of peer-developed peer support.

Grassroots peer support practices were developed out of necessity by psychiatric survivors. These were then adapted by bureaucrats who did not understand the principles and values of peer support, and modified the idea to create peer staff positions. This is an instructive case study of the co-optation of psychiatric survivor’s experiential knowledge to benefit the system, while leaving intact the system’s coercive structure based on the deprivation of liberty and forced treatment.

In the 1970s, peer support was informal and unstructured. People met in private homes, church basements, and libraries, but rarely in spaces affiliated with the mental health system. During the 1980s and 1990s, independent, peer-run, non-profit organizations emerged. Many of these were supported by government funding and began to offer more structured peer support. With funding came oversight, and soon state mental health authorities defined what was meant by “peer support” in their funding contracts, usually without consulting peer support experts.

During the 1990s, state mental health authorities began creating jobs in traditional programs with titles like “peer specialist.” While these jobs are designed to be filled by people with psychiatric histories, they do not generally provide peer support according to the definition of peer-developed peer support. These staff are often supervised by non-peers — that is, people who are not psychiatric survivors, who do not share the staff’s experiential knowledge.

In 1993, New York became the first state to establish a Peer Specialist civil service title. The position was developed primarily by policy-making staff with psychiatric histories, motivated by the desire to bring the values and principles of grassroots peer support into paid peer staff roles. However, this is not what happened in practice. The peer specialists’ ability to adhere to peer support values was compromised by clinicians and administrators who did not understand or support the principles, including many who actively worked to undermine them.9 I played an active part in this initiative — a role that I now regret.

The expansion of the peer staff model was accelerated when the Centers for Medicare and Medicaid Services (CMS) issued a directive in 2007, clarifying conditions under which peer support services could be reimbursed by Medicaid. The CMS policy letter spurred an increase in peer specialist services paid for with federal Medicaid funding, and conflated “peer support” with the peer staff model, implying that any service provided by a “qualified peer support provider” was, by definition, “peer support.”

The directive defined “peer support services” as “an evidence-based mental health model of care which consists of a qualified peer support provider who assists individuals with their recovery from mental illness and substance use disorders.”10. CMS, Department of Health and Human Services, Baltimore, MD.] How they arrived at this curious definition was not explained. The research literature reflects this confusing and circular characterization. Definitions of “peer support” used in recent major review articles include:

The expansion of the peer staff model led to peer specialist certification programs in 41 U.S. states as of 2016, most of which require completion of a state-approved training course, using a state-designed curriculum or one of several proprietary training programs. There is no guarantee that these courses are designed by people with experiential knowledge of the mental health system or of peer support. These trainings vary in length, intensity and content, but they generally do not include training on the values and principles of peer-developed peer support.16

In 2017, Mental Health America (MHA) launched a standardized national peer specialist certification through the Florida Certification Board. Among the many problems with this development, as Sera Davidow pointed out in a Mad in America blog post, is that MHA is not a peer-run organization and so does not have the requisite experiential knowledge to create this certification. This certification does not include any actual instruction, requires an expensive online test and bi-annual renewal fees, and the certification exam tends toward the clinical. As Stastny and Brown observed, “It appears that clinical services have come full circle to incorporate peers as providers in interventions that have moved far away from the original transformative role that was envisioned by the empowerment movement.”

Research finds that peer staff feel ostracized and poorly treated by non-peer staff.17 A recent study explicitly found that peer staff working in traditional treatment agencies are “co-opted,” reporting that the employment and supervisory circumstances of peer staff “can reasonably be construed as a powerful force encouraging acculturation into the cultures of the treatment organizations in which they work.”18

It’s not possible to stop the proliferation of peer specialist-type jobs and peer certification programs; the co-optation of survivor knowledge is complete in this case. I believe that the best we can hope for is to demand that policy-makers and administrators:

Note: The author has written more extensively on this subject in a paper, “Defining ‘Peer Support’: Implications for Policy, Practice, and Research,” available here. 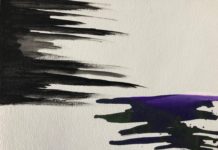