The UN Special Rapporteur on Torture has just presented a report on “psychological torture” to the UN Human Rights Council, which can be downloaded as a Word file by clicking here.

This report issues the strongest condemnation to date of involuntary psychiatric interventions based on the supposed “best interests” of a person or on “medical necessity.” Such interventions, the report says, “generally involve highly discriminatory and coercive attempts at controlling or ‘correcting’ the victim’s personality, behaviour or choices and almost always inflict severe pain or suffering. In the view of the Special Rapporteur, therefore, if all other defining elements are given, such practices may well amount to torture” (paragraph 37, see also 84(e)).

In addition, the report views the psychiatric context as one in which psychological torture can take place (paragraph 78). This makes the report as a whole useful for us to consider in advocacy and litigation, both at the national level in any country and with regional and global human rights mechanisms.

Also worth noting from a legal standpoint is the explicit statement that powerlessness is a constitutive element of torture, and that this is typically the case in “institutionalization, hospitalization or internment” as well as through the deprivation of legal capacity or “incapacitating medications” (paragraph 40).

The report does not address the “danger” criterion for psychiatric interventions, only “best interests” and “medical necessity.” My analysis is, as it has always been, that “danger to self” is encompassed under “best interests” and thus precluded as a justification, while “danger to others” can never be a justification for the infliction of harm that otherwise would amount to torture (otherwise, the entire torture framework would be subject to utilitarian exceptions said to be necessary for public safety). Advocates should be sure to address this dimension and be aware that no exceptional justification exists for “danger” under the Convention on the Rights of Persons with Disabilities (CRPD; Guidelines on Article 14, paragraphs 6, 7, 13-15).

The report views involuntary psychiatric interventions as a kind of psychological torture, which seems to me only partially correct. Psychological torture is defined as “all methods, techniques, and circumstances which intend or are designed to purposefully [read: or discriminatorily, see paragraph 36] inflict severe mental pain or suffering without using the conduit or effect of severe physical pain or suffering.”

It is true that overall the system of involuntary psychiatric interventions employs techniques of psychological torture that may predominate in our impression of the system as a whole. But it also uses techniques, such as mechanical restraints and the administration of mind-altering drugs and electroshock, that are applied to the body. The characterization of drugs and electroshock as psychological refers to the action directly on the mind through the conduit of the brain, but the use of these techniques does not fall under any of the analytical categories of psychological torture advanced in this report. It is really a unique kind of torture that sits at the juncture of mind and body and interferes in the mind-body relationship. Drugs and electroshock cause physical harm that often entails pain and suffering (akathisia, lethargy, weight gain, diabetes) as well as objective harm to brain structure and function that the person may or may not be subjectively aware of, and psychological harm and suffering caused by the interference with the body-mind juncture as such. This is an issue advocates should explore further through their own experience and analysis.

One detail that advocates should be aware of regarding the discussion of solitary confinement in the report is the failure to mention that the use of this technique in medical facilities is impermissible under the CRPD as a form of torture or other ill-treatment (Guidelines on Article 14, paragraph 12). The CRPD offers stronger protection in that regard, since the general standard in international law is to prohibit solitary confinement only when it is “prolonged or indefinite.” Advocates should investigate the materials cited in the report to gain a better understanding of the general standard and consider how best to make the argument in particular instances.

The report is especially valuable for its extensive discussion of psychological torture and the concept of “torturous environments,” viewing torture holistically as victims experience it, “not as a series of isolated techniques and circumstances, each of which may or may not amount to torture” (paragraphs 45, 68-70, and 86).

Psychological torture is said to affect the victim’s mind and emotions by “directly targeting basic psychological needs, such as security, self-determination, dignity and identity, environmental orientation, emotional rapport, and communal trust” (paragraph 43). Victim-survivors of psychiatric violence will find a great deal that speaks to our experiences, and the logic of the framework set out by the Rapporteur gives us ample material for an argument that involuntary psychiatry as a whole amounts to a “torturous environment.”

The Rapporteur himself does not make that conclusion, and it is important to stress that his analytic framework is meant to be used on a case-by-case basis. Nonetheless, the framework provides the scaffolding, and a language, to draw out the nature of the full range of objective and subjective harms in the psychiatric setting that separately and together can amount to torture.

Examples of psychological methods of torture named in the report that may speak to our experiences include:

Regarding the last item, although the report does not mention discriminatory regimes of detention enacted into domestic law, which are arbitrary under international law, the CRPD unequivocally condemns involuntary psychiatric hospitalization as discriminatory and therefore arbitrary detention (see Guidelines on Article 14). The failure to conform national legislation to human rights obligations leaves victims in the same position as any other institutional arbitrariness. This may be one of the most profound forms of harm, separating victims of psychiatry from the society and the state by depriving us of any effective recourse to defend ourselves.

Each of the items, and others I have omitted, will doubtless be suggestive for readers who are familiar with psychiatric violence. I have not drawn out the arguments that would link the examples of psychological torture to the context of psychiatry, and that may best be done through individual cases and country reports.

I have argued, and continue to maintain, that the right to reparation for psychiatric violence is an important claim to dignify survivors as moral subjects capable of being harmed and of requiring accountability for that harm. Reparation addresses the violation of communal trust directly and emphatically, the state reversing its prior policy that set us outside the possibility of relying on state protection and holding itself accountable to do what is needed to restore that trust.

The current report does not take us to reparation, or to UN condemnation of psychiatry as a torturous environment, but it gets us a step closer to making those arguments effectively. It also gives us a great deal of material to use in individual cases. 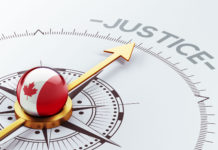