Since its birth around 1800, psychiatry’s main role was to forcibly negate the free will of society’s outliers. Its methods included forced removal, confinement, and electrical, surgical, and chemical lobotomy, as depicted in One Flew Over the Cuckoo’s Nest.1 Then psychiatry sought to expand its war on free will. So it devised ways to lure non-outliers into willingly allowing psychiatry to negate their free will, too.

First came a flanking attack that preyed upon the more trusting members of society:

Psychiatry vastly lengthened its list of learned coping styles and maturational stages that it called mental illnesses, and declared them to be involuntary brain diseases. This tricked many people into believing that they’re defective/incapable. They thus surrendered their freedom to choose how to address their or their kids’ challenges, and voluntarily handed this responsibility over to doctors. Giving up on themselves was reinforced by rewards like victim status, euphoria-giving (but brain-impairing/addictive) drugs, and lifelong disability benefits. Giving up on their kids was rewarded with instantly docile (sedated) kids who could slide through school without doing/learning much (via accommodations). People thereby further ceded control over their lives, and were trapped into eternal submissive dependence on psychiatry. Ka-ching!

Emboldened by its success, psychiatry then conducted an all-out assault on everybody’s free will:

It began proclaiming that everyone’s free will is limited — that variations in human coping styles are due to variations in how our brains are genetically hard-wired (neurotypes), which pre-fate us to develop fixed lifestyles. To persuade us to accept this myth, psychiatric neuroscientists search for the necessarily-present brain-activity correlates of thoughts, behaviors, or feelings, and then infer that these mental processes are caused by their physiological correlates. But that’s illogical, since something can’t cause itself to occur. Yet their false conclusions have misled many people to think that their coping habits are pre-determined and restricted, rather than freely chosen.

In truth, the essence of being human is that our huge brains have trillions of interconnections that give us freedom to flexibly learn and choose from among endless diverse ways to adapt. This gave us a big survival advantage over all other animals. And I dissected a human brain, so I can tell you it is soft/squishy like jelly; there’s no hardwiring in there. Our brain processes don’t control us; they are the means by which we control ourselves. It is hard to change, but if we really want to, we can by using willpower. In effect, fooling people to believe they don’t have free will or adaptive brains gets them to lobotomize themselves before they even step into a psychiatrist’s office. That’s good for business, since when life’s struggles arise, people will think they’re powerless to resolve them and so will instead helplessly submit their will to doctors. Jackpot!

Researchers from Libet2 to Fried3 tried to prove that free will itself is an illusion, by showing that brain activity occurs well before we’re consciously aware of having decided to do something. They claimed this implies that our brains direct our actions automatically and involuntarily. But a more logical, likely explanation is that this brain activity is the biologic correlate of subconscious mental processes which voluntarily direct our actions. So these studies support Freud’s theory of unconscious feelings/thoughts often being the real drivers of our chosen actions, while conscious thoughts/feelings are just the tip of the iceberg. Although we’re unaware of our submerged mental processes, they are still a part of us, so their free will is ours. So Fried failed to refute free will — in fact, Fried’s findings furthered Freud’s fame!

This is why Freud’s theories about the unconscious mind are needed as an antidote to the genetic determinism which psychiatry poisoned our culture with. Just as people won’t relinquish faith in mental illnesses being real illnesses until realizing it’s just a concept society uses to get rid of its outliers, they won’t give up faith in chemical imbalance-ism until realizing the real reason why we often don’t know why we feel what we feel or do what we do — it’s that we push unwelcome emotions, desires, etc. below the surface, yet they are always there, impacting and impelling us. Once people learn these truths, they’ll see psychiatric treatment for what it is and always was: free will negation.

It’s ironic that the USA, which had always been the most free nation, is now the place where free will is the most stifled by psychiatry’s three-pronged crusade against it. In just 38 years, psychiatry’s lies have largely undone what millions of years of brain evolution had given us. I urge people to fight back by using their brains, instead of meekly letting psychiatrists profit by negating their free will. 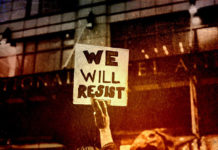 Fighting the Suppression of Dissent: A Guidebook for Those Who Refuse to Conform 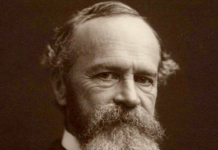 What William James Got Right About Consciousness

Can Science Ever Tell us Whether Free Will Exists?