On December 18, 2018, U. S. Surgeon General Jerome Adams issued a public health advisory urging parents, teachers, and health professionals to address an epidemic of childhood e-cigarette use. The advisory emphasized repeatedly that the nicotine in e-cigarettes was addictive; was harmful to the developing brain; affected learning, memory, and attention; and exposed the lungs to harmful chemicals. In a press release, one federal health official claimed that “we have never seen use of any substance by America’s young people [to] rise as rapidly…” To address this crisis, the surgeon general’s office proposed local bans on indoor vaping and recommended retail restrictions to reduce the purchase of e-cigarettes among youth.

While the government chose to single out the rise of e-cigarette use, it has been ignoring the astronomical spread of another type of dangerous drug taken by children and youth: psychiatric medications.

Drugs now commonly taken by millions of school-age children, including ADHD stimulants, antidepressants, and antipsychotics, have been shown to be harmful to the developing brain, as well as addictive. Although these risks are often unrecognized or downplayed in the media, books including Dr. Grace Jackson’s Rethinking Psychiatric Drugs and Dr. Peter Breggin’s Medication Madness offer detailed substantiation of the drugs’ modes of action.

Yet far from being perceived as a public health crisis, the extensive use of these highly potent drugs has been framed as a public health solution. And today, no child in North America is safe from this government and corporate pill-pushing campaign, because it is centered in our schools.

In 1990, I was employed as a social work consultant in the Special Education Department of a large metropolitan school board in Ontario, Canada. My role consisted of working with other team members to support students with academic, attendance, social, and behavioral issues at both the elementary and high school levels.  It included writing social histories for students who were having academic or behavioral difficulties and recommending strategies or alternative school programs. Over a 25-year period, I dealt with just about every imaginable behavior and academic problem in children and adolescents.

At the time, the use of psychiatric medications with youth was rare to nonexistent, even in the child welfare system where I had previously worked with traumatized adolescents. It was unthinkable. So I was taken aback in the mid-nineties when teachers referred several elementary students I was working with to doctors who prescribed them stimulants such as Ritalin or Concerta.

I wondered how a pill could fix what was troubling Ben, age eight, whose mother was dying from cancer; Jared, age five, whose parents had recently separated; Jamie, age nine, whose parents were struggling with addictions; and Ruby, age 10, who had been taken from her mother and placed in a foster family. All the children’s teachers considered them to have attentional or behavioral issues. Once the students received a diagnosis, these teachers tended to respond by lowering expectations and inflating school marks on their behalf, which made it appear that the drugs worked.

This situation continued to vex me as I began to encounter more and more students who were diagnosed with ADHD and prescribed stimulants. Why were normal, vulnerable children being placed on drugs that had serious risks? There were safer alternatives. Although the drugs sedated some children for a short time, others developed serious conduct problems. Instead of observing improvements in behavior or academics, I began seeing behaviors that I had never witnessed before.

Some children reacted by becoming more hyperactive, running out of their classrooms and refusing to do schoolwork. They were easily irritated, argumentative, and aggressive with peers and teachers. This behavior usually led to further medical assessments, more drugs, a government disability allowance, and special behavior classes.

Side Effects and Suicides

Then, in early 2000, I noticed that the adolescents I was working with—many of whom were dealing with difficult home or academic issues—were now being prescribed antidepressants. The teenagers confided that on the drugs, they had feelings of panic, self-hate, and suicidal thoughts they’d never had before. I became further distressed when a sixth-grade student began complaining to me that he could not stop his facial muscles from twitching. He had been diagnosed with severe ADHD and prescribed Risperdal, an antipsychotic drug, in combination with Ritalin and Clonidine.

A call to the boy’s pediatrician about his temper outbursts and touching other students was met with a recommendation for more discipline, not less medication. The doctor later added more medication, an antidepressant, to this 11-year-old’s daily regime.

Another child, a six-year-old girl who had been prescribed Risperdal for behavior issues, threw a chair through a glass partition in the principal’s office. Violent outbursts at the elementary and high school became common and police intervention became practically a daily occurrence. Several youths, one as young as 10 years old, committed suicide.

Doubling Down on Diagnosis and ‘Treatment’

By 2007, a staff psychologist was suggesting that 20 percent of our students had mental health problems. Our special services staff, composed of psychologists and social workers, had no idea to whom they were referring. We had never thought of or dealt with our students as mentally ill before. But by 2009, all school board staff were subjected to three full days of government-mandated mental health training.

More workshops of this nature took place over the next six years. I observed administrators mount a concerted effort to encourage school personnel to refer students for medical treatments. Teachers were influenced at every turn to believe that their students’ academic and behavioral problems were the result of biological disorders of the brain and that it was their job to intervene—even if it meant stepping into families’ personal lives and private medical decisions.

Imagine being a mother at a meeting with educators to discuss Johnny’s academics or behavior. Suddenly, your child’s teacher is telling you that he needs to see a doctor for an assessment of a suspected “mental disorder,” which usually leads to a prescription for medication. Warned that “the risks against failing to intervene” may lead to negative outcomes—school failure, substance abuse, juvenile delinquency, poor employment prospects, and incarceration—you will likely acquiesce. Who would not want to spare their child from tragic life events?

How Did This Happen?

What I witnessed in Canadian schools had been imported from America. Every recent U.S. President from Bill Clinton to Barack Obama has called on schools to promote “mental health” treatments. But the focus on medical solutions began with Surgeon General David Satcher, whose National Action Agenda for Children’s Mental Health declared in 2001 that millions of children were suffering from mental illnesses severe enough to impair their development. According to this report, these conditions—including attention-deficit/hyperactivity disorder, depression, and anxiety—could be successfully treated with “safe and effective” medications.

Notably, the government identified the school as an essential site to help identify these suffering students and help them to access the treatments they supposedly needed.

Educators were advised to “watch for the signs” and to intervene immediately by referring children as young as kindergarten age to health providers for diagnosis. Teachers were urged to incorporate mental health information into their curricula and to train their students to recognize mental illness, stigma, and the benefit of mental health treatments.

Concurrently, federal, state, and municipal governments launched a series of aggressive “mental health” education campaigns across the country to better educate front-line providers and families. The campaigns were bolstered by an endless stream of magazine, radio, and television ads sponsored by the pharmaceutical industry claiming that the early symptoms of mental illnesses could be detected in children as young as two and successfully treated with psychiatric drugs. Unlike other direct-to-consumer drug ads, these failed to mention any side effects or risks to the developing brains and bodies of children and adolescents.

Soon, doctors began working hand in hand with educators to identify, label, and medicate any child who might be inattentive, different, bored, too slow, poor, anxious, argumentative, defiant, or acting out. Supposedly, according to biological psychiatrist Stan Kutcher, medication could “fix various brain circuits that are not working the way they should be”—despite a lack of evidence that any childhood behaviors are due to faulty brains.

The result: Schools, under the direction of government ministries, have been transformed into hubs for the diagnosis of mental illnesses. According to this industry, no child is considered too young for scrutiny. And so, the drugging continues.

Read Part 2 of this blog here. 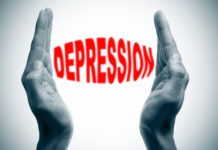