Sadness, anxiety, and anger are no longer viewed as normal reactions to things going on in one’s life, but as spontaneous brain diseases (‘depression’, ‘generalized anxiety’, and ‘bipolar disorder’). Impulsivity and inattention are no longer seen as normal traits of not-yet-raised kids, but as a biological illness (‘ADHD’) as well. But why stop here? Why not extend biological psychiatry’s realm to include all unpleasant experiences? It could be easily done: The same ‘evidence’ used to ‘prove’ the above claims could also be used, for example, to ‘prove’ a claim as absurd as: “We now know that poverty is a treatable brain disease.” Here’s how:

1. Suffering: Poverty certainly involves distress, which the DSM says is a crucial aspect of ‘mental illness’.

2. High overall morbidity/mortality: This is typical of poverty, further evidencing it being a debilitating condition that’s difficult to recover from.

3. Specific symptoms that affect normal functioning: Like any ‘mental illness’, poverty’s diagnosis is based on subjective symptoms (food/housing insecurity, persistent hunger and coldness, and overall desperation) which interfere in day-to-day activities (poor grooming/hygiene/nutrition, under-employment, and repetitive abnormal behaviors like picking through garbage, begging, and searching for shelter).

4. Abnormal biochemistry: Hunger has been shown to involve dopamine activity.1 This major discovery suggests that the constant hunger reported in poverty is caused by a dopamine-regulation problem, rather than an actual need for food as was previously thought. And the malnutrition found in poverty has been shown to correlate with abnormal levels of proteins or other chemicals.2 This huge breakthrough further points to poverty being due to a chemical imbalance rather than truly inadequate food, money, or housing. This imbalance likely impairs brain functioning, thereby causing disordered thinking such as irrational over-concern about food and money. It’s analogous to how ‘depression’ is said to be a biochemical brain disease that produces unwarranted negative feelings and thoughts.

5. Genetic predisposition: It’s well-known that poverty runs in families — if one child has it, his/her siblings will also have it nearly 100% of the time. It even runs in families if kids aren’t raised by their parents: Foster kids,whose biological parents often had poverty,often develop poverty as adults themselves.3 This implies that the experiencing of poverty symptoms is a result of a genetically-determined brain hardwiring defect, rather than real environmental issues. Claims of starvation or homelessness are ‘just their poverty talking.’

6. Response to medication: I just completed a study on people who have poverty: After administering one 1000 mg dose of Seroquel, within an hour nearly all subjects amazingly ceased complaining of hunger or coldness! Additionally, the problematic poverty-linked behaviors that they had been exhibiting (i.e. begging) instantly abated. (But just as for other brain diseases, poverty’s negative symptoms, such as reduced grooming, hygiene, and nutrition, were mysteriously less responsive to treatment.) Since poverty’s signs and symptoms were mostly cured by chemicals, it must therefore be an illness caused by disordered bio-chemistry. Read my study, entitled “High Doses of Strong Tranquilizers Surprisingly Relieve Poverty Symptoms in Hours,” in the American Journal of Pseudoscientifc SCAMs (Silencing the Complaints of Americans Medically).

7. Abnormal brain scans: High rates of brain atrophy or other structural anomalies are seen in MRIs of older people with poverty4 — this ‘smoking gun’ confirms that poverty is a chronic, progressive brain disease

The ‘logic’ I used here is the exact same that modern psychiatry uses to support its claim that annoying behaviors and unwanted emotions are serious but treatable diseases. It’s thus just as valid. So why try to rectify some hypothesized underlying lack of cash/housing/food in poverty sufferers? That theory has been debunked. Science has proven that it’s biochemical; they merely need proper medicine for their illness, just as diabetics need insulin for theirs.

Everyone experiences hunger and worries about money/housing at times. But if your hunger/worries are so severe and persistent that they lead to abnormal, dysfunctional behaviors, then you have clinical poverty. Don’t struggle needlessly with untreated poverty. Like any illness, you can’t just snap out of it on your own. You need help, and it’s now here — ask your doctor about exciting new treatments for poverty today!

Do you now agree that biological psychiatry is a ridiculous farce that’s really about shutting people up, by dismissing (invalidating) their complaints as mere ‘symptoms’ to be drugged away? If not, consider this:

What if doctors who treat real medical issues also adopted psychiatry’s ‘logic’, and thus also stopped seeking underlying reasons? Imagine, for example, that you go to the ER complaining of crushing chest pain typical of a heart attack, and the doctor says: “Due to new research in which we found that pain meds reduce such chest pain, we’ve deduced that this pain therefore isn’t due to a heart attack as was previously believed; it’s due to dysregulation of your body’s natural painkillers.” The last words you’d hear before dying would be: “Just let us correct your chemical imbalance with these opiates, and everything will be fine.” 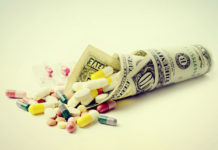 It’s the Economics, Stupid: The Problems With Paying People to Take Pills 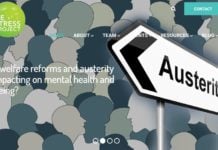