It began in 1954, when Milner/Olds1 published a study which showed that all rats, if able to press a bar that electrically stimulated a part of their brain dubbed the pleasure center, did so frantically and endlessly. They went wherever the stimulation was given, even if having to endure painful shocks to get there. They didn’t eat, drink, sleep, mate, or nurse their young, and soon died. This implied that: 1. A potential for addiction isn’t unique to the morally weak lower classes as was then thought (or an addictive nature as is now taught), but is intrinsically present in all mammals. 2. Using science, man can elicit and control it, and 3. He can capitalize on it to manipulate the masses to do as he wishes.

Light bulbs likely went on in many entrepreneurs’ minds about the huge, as-yet untapped market of suckers waiting to somehow be transformed into addicts and thus forever-returning clients, like Milner’s rats. Perhaps those people who considered themselves too upstanding to resort to illicit drugs could be lured into using new, similar ones if couched as non-addictive wonder drugs that are easily obtained from respected, trusted, knowledgeable authorities (doctors). Many real miracle pills (antibiotics) had just been found, so faith in new breakthroughs was high; it was perfect timing.

This may be why the maker of the addictive pill Miltown first shelved it in 1950, but then brought it to market in 1955 as a stress reliever.2 It was called a happy pill, was used to make Miltinis at parties, and produced a third of all prescriptions in 1957 — the first blockbuster drug. It also explains why another drug company set out to create similar pills in 1955;3 this led to two blockbuster benzodiazepines: Librium and Valium (the top-selling pill 1968-1982). Doctors knew these were all addictive; Miltown’s creator and NIMH’s Addiction Research Center acknowledged it.4 Doctors also began heavily dispensing stimulants as diet aids in the 50s, despite knowing they’re addictive too.5

Why did doctors knowingly participate in these scams?

Doctors only had middle class incomes until then6 (it was before boons from Medicare and long-term diabetes, cholesterol, hypertension and ulcer care). Becoming drug dealers rapidly enriched them via huge volumes of in-and-out clients who return reliably and eternally once hooked. So goodbye house calls!

But after 20 years of big profits, the public caught on that daily use of such pills led to tolerance to their benefits and withdrawal when stopping them. They became stigmatized and business waned.

Since people, unlike rats, were thinking ahead and opting to avoid their addictive rewards, doctors had to devise new ways to trick clients into seeking them, in order to again thrive as drug dealers. So in the 80s and 90s, they began claiming, without any evidence, that all unpleasant feelings and sensations are Medically Treatable Diseases. And surprise! Their usual treatment, coincidentally, happened to be addictive pills. The transformation of normal, unavoidable aspects of life into MTDs made it not only justifiable, but a moral obligation for potentially everyone to come get euphoria-giving pills. Upstanding, responsible people obey doctor’s orders and do whatever’s medically needed to cure serious illnesses. This business model worked so well that clients knock down doctors’ doors for 400 million addictive scripts yearly. Nurse practitioners and physician assistants help meet the need.

Here are the main new, bogus MTDs and their addictive meds:

All of us feel anxiety every day, so calling it an MTD provided a legitimate reason for family docs or psychiatrists to addict hordes to benzos, including new entries Xanax and Ativan. Three times as many are now dispensed, and they’re involved in five times as many overdoses as occurred 20 years ago.7

We all get aches and pains as we age; 84% of us have chronic back pain at some point. So Chronic Pain Syndrome (CPS) and Fibromyalgia were invented to justify anyone’s getting opiates. They’re the most euphoric of all drugs, since they mimic our endorphins.8 For acute severe pain post-surgery/injury, thirty days of pills became the norm, enough to hook clients on their elating effect after the original pain eases. A strong opioid, hydrocodone, was the most prescribed drug every year from 2006 to 2015.91011 A new medical specialty, Pain Management, arose to strike gold.

ADHD’s creation provided an excuse for any teen or adult who finds it hard to stick to boring tasks (which is all teens/adults) to be given daily stimulants. Although not euphoric and addictive if used on little kids, treated kids never mature since they’re sedated by pediatricians rather than raised by parents and schools, making them easy prey for licit/illicit dealers as adults (they only learn to cope by mind-numbing pills). And if kept on stimulants into their teens, they’re directly led down this path. Speed is now the medicine most prescribed to teens.12

Everyone feels sad at times, so that too was converted into an MTD. Antidepressants aren’t euphoric, but they’re gateway drugs to the above addictive pills, in three ways: 1. Since they’re placebos13 their initial benefit fades, so users try one after another in futile quests for cures;14 they can then get desperate enough to move up to a pill that’s sure to give good feelings, even if addictive. 2. They lure people to dealers’ offices, where they’ll be subliminally tempted to report symptoms that lead to the good stuff (benzos, speed, opiates) being added to their medicine cocktail. 3. They’ll feel more justified using opiates once diagnosed as having depression, since it’s said to hurt and is called the new cancer. This may be why they sell so well despite being fakes. Antidepressant users often get benzos at the start; the majority do get opioids;1516 it’s likely why opiate use rose in tandem with them.

Addiction itself became an MTD, even though most addictions are now directly or indirectly (from mom’s purse or medicine cabinet, or from peers who took their parents’ pills) caused by medical treatment. Unsurprisingly, the main pill addiction medicine specialists use to treat opioid addiction (suboxone) is yet another opioid. People hoping to try or continue an opioid habit licitly now just have to claim they’re addicts hoping to quit, in order to score endless suboxone. Heroin addicts use it to tide themselves over until the next fix, or to sell to raise cash for it.17

Pain patients are initially rewarded with relief or highs from their pills. But daily opioid use shuts down the body’s endorphin production; it gets the body to think that there’s no need to make any since there’s plenty around already.181920 So they lose all ability to give themselves pleasure (enjoy things they once enjoyed) or resolve any distress; only pills can provide these from now on.

Then the pills inevitably stop giving any pleasure; now they’re needed just to curb withdrawal symptoms like insomnia, anxiety, agitation, and pain that occur if a dose is missed (only more drugs can stop drug withdrawals). Doc cleverly says these are CPS symptoms, to trick patients into staying on the very pill causing them. Once clients say, “I need it — it’s the only thing that helps my pain so I can function,” doc owns them. This turning of acute, severe or mild chronic pain into incessant severe pain explains why chronic impairing back pain rates spiked 162% from 1992-2006, but acute back pain rose just 43%.21

Users ultimately become tolerant to their dose, so it no longer relieves withdrawal; they thus need the dose raised just to take the edge off. As the cycle repeats, their withdrawal symptoms (such as pain) get so bad22 and doses gets so high that they die by motor vehicle accidents, falls, suicide, or overdose. It’s caused the life spans of white people (doctors’ biggest suckers) to steadily fall for 20 years.23

All doctors learned these realities in pharmacology/physiology classes in med school, as I did. This knowledge gave them choices: Either protect clients from harm by avoiding such pills (that’s why opiates used to be given rarely and briefly except in cancer cases), or exploit clients by hooking them for life. There are no good intentions in dispensing daily opioids, stimulants, or benzos. Three governmental studies242526 proved that it doesn’t help but only hurts. “Our medicines ease suffering” really means: “Thanks, Milner/Olds, for showing us how to make a killing by inflicting agony that only we can relieve.” 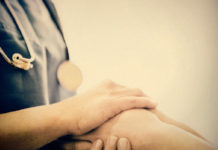 A Guide to Long-Acting Neuroleptics: Education or Promotion? 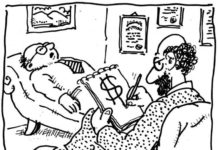 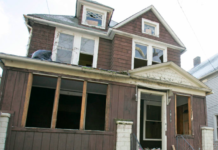