So if mental disorders are not bodily diseases, as I argued in the last blog, what are they and how should we understand them?

I realised while trying to write this and the next two (and last) blogs how much more difficult it is to set out a positive notion of what mental disorder consists of than critiquing standard ideas. My thoughts on this are very much a work in progress.

I think both Szasz and Wittgenstein would suggest that looking for the essence of mental disorder is a mistaken pursuit. As Wittgenstein pointed out, we do not understand mental states through describing a private world or mind, we understand them through publicly manifested behaviour. Szasz famously described mental disorders as “problems in living,” or, elsewhere as “enduring patterns of human behaviour” that others find “troubling or undesirable.”1. It may be that the only definition that can be given of mental disorder is the sorts of problems that mental health services end up trying to address.

However, concluding that mental disorder is not a disease raises some important questions that bear on how we, as a society, should respond to the problems we refer to as mental disorder. Firstly, we need to ask whether the behaviour we characterise as mentally disordered is fundamentally the same or different from other sorts of behaviour. In other words, is there a case for special arrangements for some or all people who are deemed to have these sorts of problems?

To explore this question I will look at the sorts of mental disorder where there is the strongest case for there being a difference: what would nowadays be referred to as ‘psychosis’ or ‘severe mental disorder’ and in the past would have been called ‘lunacy’ or insanity. The definition of psychosis is usually a loss of contact with reality, but in the past people referred to the loss of ‘reason’ as the characteristic of such situations.

Jeff Coulter referred to the behaviour we label as mental illness as breaking norms of ‘intelligibility’(see my previous blog).2 When people are mentally ill they do crazy things, but more than this, their reasons for doing them are sometimes not based on the principles that human actions are usually based on. There is something different about the way the world is appraised and the manner in which that appraisal guides action. Take the following example:

A young man went to a police station to report that intruders had entered his house and injected him with poison. Although he had not noticed any signs of a break-in, he was quite sure this had happened because he had woken up with a headache. He also pointed to some ordinary spots on his skin as evidence of the injections. He was not able to offer any suggestions about how people could have entered his property and did not appear concerned about how this might have happened.

It seems as if this man is not using the same standards or types of reasoning that most people would use in this situation. He interprets ordinary things (headache, spots) as having special significance, and is not concerned about the sort of evidence that most of us would look for (how intruders might have entered the property).

There are two philosophical views on the nature of the impairment of ‘reasoning’ associated with psychosis or madness. The view that was dominant in the European Enlightenment is exemplified by Hegel and sees madness as a loss of rational, intellectual capacities and the re-emergence of a more primitive side of human nature dominated by ‘the passions’ (see my previous blog). In contrast, psychologist Louis Sass draws on Wittgenstein’s critique of Cartesian philosophy to describe ‘schizophrenia’, in particular, as a form of hyper-rationality, in which individuals become overly self-conscious and detached from the everyday world. People who are in this state become conscious of automatic mental and physical processes that we are unaware of most of the time (such as those involved in walking, for example). This detached or ‘objective’ attitude is a hindrance when we apply it to our own consciousness. According to Sass, therefore, “madness … is the end-point of the trajectory [that] consciousness follows when it separates from the body and the passions, and from the social and practical world, and turns in upon itself.”3

Using Heidegger’s terms, Sass’s view is that psychosis is a detachment from our primordial experience and knowledge. It is loss of the unconscious ‘knowing how’ attitude, our familiarity with the world around us that enables us to function on an everyday level, and its replacement with the ‘knowing that’ form of knowledge, the objective, self-conscious gaze or attitude. The latter is important for solving problems in ordinary life as well as in science, but it is founded upon and always presupposes the former. It is this more basic and implicit form of knowing that is fundamental to our ability to interact with the world and other people.

One of the inherent problems of a project like the DSM, or any attempt to classify psychiatric complaints, is their huge diversity. Different analyses are therefore unlikely to capture every individual’s experience of madness. Hegel’s views of the dominance of the passions might illuminate the situation of someone who is what we might call ‘manic’, whereas Sass’ descriptions might fit some people with a diagnosis of classical schizophrenia, but the majority of situations involve varieties in between and around these two stereotypes. Nevertheless, both positions suggest that some forms of mental disorder involve an alteration in the shared orientation to the world that forms the normal basis of thought and action, and that acts as the grounding of mutual understanding among human beings.

If this is the case, if madness involves a loss or failure of shared reasoning that places the individual outside of the community of immediate and implicit human understanding, does this mean it is without interest or meaning? Ordinarily, human activity can be understood as having a goal or purpose that reflects and responds to its unique social and historical context. People do things for reasons, and most of the time other people can understand those reasons, even if they would not act in the same way. Behaviour is meaningful.

The behaviour of people diagnosed with severe mental disorders often does not make much obvious sense, however. This is why it can be tempting to think of it as driven by a biological process or disease. But does the fact that thinking processes are altered or impaired render it completely devoid of meaning; lacking in any purpose?

Another way of putting this question might be to ask whether madness is part of the individual’s ‘self’ or whether it should be regarded as something separate. We can understand ourselves as unique individuals with various goals and desires, sets of beliefs and emotional inclinations, all of which have been moulded by our individual history, interact with each other and are in a constant dialogue with the world around us. Some aspects of our nature are likely to be determined by our biology (e.g. some aspects of temperament), but these are intertwined with everything else to make us the individual we perceive ourselves, and others perceive us, to be.

Many writers have tried to illuminate the meaning of madness by showing how even the most extremely incomprehensible-seeming behaviours can be related to more familiar forms of experience. This implies that we should see these states as intrinsic aspects of the self, even if they are temporary.

RD Laing, for example, suggested that schizophrenia can be understood as a form of withdrawal in the face of overwhelming ‘ontological insecurity’.4 Laing compares this to the tendency to dissociate ourselves from immediate reality in order to cope with more familiar forms of anxiety. Szasz also proposed that a psychotic state can be a “solution to the meaning(lessness) of … life.”

I find parallels with addiction to be useful too, as elaborated by Richard Lewis. Addiction can be understood as a coping mechanism for dealing with unwanted emotions that “gets stuck in the on position.” Drugs can bring immediate relief from negative emotions, but they can become a self-reinforcing and damaging habit that closes down opportunities for learning other coping mechanisms. Psychosis could be thought of as having a similar function. Although it can be a rewarding experience in some circumstances, there is no doubt that for many people being psychotic is distressing and frightening, which makes it difficult to understand how it can be considered purposeful. The comparison with addiction, however, suggests that initially retreat into an internal world might reduce anxiety and negative feelings; for some it creates a life of colour and excitement that replaces a dismal or painful reality. But it can become a self-destructive tendency that can be difficult to break out of.

Many other writers have grappled with the meaning of psychosis and other extreme and perplexing behaviours we label as mental disorder. In terms of helping people, what all these analyses highlight is the need to relate to people as people undergoing extreme and frightening human experiences, rather than as bearers of disease. As Laing put it when describing a particular patient’s behaviour: “one can see his behaviour as signs of a disease; [or] one may see his behaviour as expressive of his existence.” The film Mad to be Normal documents Laing’s time at Kingsley Hall, the therapeutic community he founded for patients and ‘professionals’ to live together. His idea was that only by enduring people’s psychosis alongside them could others really understand the experience.

The Soteria project was also established to reflect the view that psychosis is a ‘way of being human’.5 For its founder, Loren Mosher, this required that staff adopt a “non-intrusive, non-controlling but actively empathetic relationship” with clients, which he characterised as “being with.”6 The more recent Open Dialogue movement also reflects this approach, and the move to involve people with lived experience of psychosis or severe mental disorder in these and other services is also a recognition of the importance, but also the difficulty, of relating to some people’s experiences.

It seems that when we are thinking of severe mental disturbances such as psychosis or ‘schizophrenia’, we are referring to behaviour that is not just different from usual, but is characterised by the impairment of usual forms of reasoning. This contrasts with other types of behavioural deviance, such as typical criminal behaviour, for example, where intentions are usually transparent and the basis of actions understandable.

Recognising that reasoning may be compromised in psychosis does not necessarily mean that the associated behaviour lacks meaning or purpose, however. Meaning is more difficult to discern than usual, which the numerous attempts to illuminate such behaviour testify to, but this does not mean it is absent.

In some sense, therefore, states we might refer to as madness or psychosis are distinct from ordinary experience, in that people can become detached from our everyday understanding of ourselves and our world. Yet they can still be regarded as meaningful patterns of behaviour — ones that have a purpose, albeit an obscure and often objectively self-defeating one.

The next blog will look at the implications of this analysis for concepts of autonomy, agency and responsibility and the final one will explore the nature of mental disorder from a social perspective. 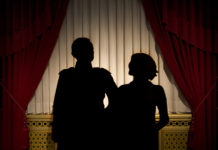 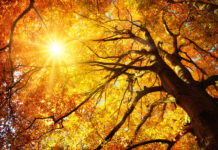